Showbiz Kids (9/8c, HBO): “I didn’t know what a regular kid was, because I didn’t have any friends.” This is the testimony of one of Hollywood’s very first child stars, silent-film sensation Diane Serra Cary, better known as “Baby Peggy,” who started working at 2 years old and was pretty much washed up by 7. Hers is one of many cautionary tales in a fascinating documentary about the pitfalls, and occasional joys, of child stardom — and the unquenchable desire for early fame, as director-writer Alex Winter follows two young hopefuls, including a boy unsuccessfully navigating pilot season in L.A. with his mom. As many of the interview subjects might warn him, as they reflect on damaged family relations in the wake of fame, be careful what you wish for. Among those interviewed about the insecurities and complexities of growing up in front of the camera: Henry Thomas (E.T.), Wil Wheaton (Stand By Me, Star Trek: The Next Generation), Todd Bridges (Diff’rent Strokes), Mara Wilson (Mrs. Doubtfire, Matilda) and Westworld‘s Evan Rachel Wood (Once and Again, Thirteen). Poignantly, Disney star Cameron Boyce and Cary (at 101) died after filming their illuminating interviews.

Frontline (9/8c, PBS, check local listings at pbs.org): In the two-hour special Once Upon a Time in Iraq, filmmaker James Bluemel revisits the Iraq War and its aftermath by letting ordinary Iraqi citizens tell their stories. We hear from those who welcomed American troops after years of oppression under the Saddam Hussein regime, and from those who saw hope for a better future fade as sectarian violence and the rise of ISIS ravaged the already war-torn nation. 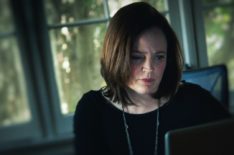 Inside Tuesday TV: Sweat it out with the contestants on truTV’s Hot Ones: The Game Show (10/9c), returning for a second season of trivia and consuming the hottest sauces ever to grace a batch of wings… Gay Olympian Adam Rippon guests on ABC’s What Would You Do? (10/9c), observing a segment in which a high-school baseball coach advises a student athlete not to come out, including to his teammates, if he wants to make it to the pros… Following his tour de force on HBO’s Perry Mason, multiple Emmy winner John Lithgow is scheduled to appear on TBS’s Conan (11/10c).