A guilty conscience leads to drastic action in the latest episode of HBO’s Perry Mason. There are a lot of characters in this show dealing with the consequences of self-condemnation, many of them teetering on the line between doing what’s expected and what’s just. It’s a good thing, as it helps us navigate the show’s morality, to know which characters live by a code of honor (or at the very least try to) and those who care only of self-preservation.

Distraught mother Emily Dodson (Gayle Rankin) is tormented with guilt. Dragged from her son’s funeral before she even had the chance to bury her child, Emily is locked behind bars and fed to the press as an adulterous “whore” who conspired with her secret lover to kidnap her own son. As Della (Juliet Rylance) said last week, “infidelity does not equal murder,” but in the eyes of the law and the bloodthirsty media, it might as well. Even Matthew Dodson (Nate Corddry) blames his wife for Charlie’s death. He argues that Emily’s silence regarding George Gannon is what led to their little boy being killed.

The gasps at Emily’s abrupt “guilty” plea at her arraignment suggest surprise, but really, it’s not hard to comprehend her thought process. Emily didn’t literally murder her son, or even have anything to do with the kidnapping (as far as we can see), but her guilt over the affair, combined with the media attacks, makes her feel culpable. If it’s true that George was a monster who kidnapped and killed Charlie, then in Emily’s eyes, she is just as responsible for not seeing it. Of course, this is a preposterous notion, and EB (John Lithgow) manages to talk sense back into Emily to switch to a not guilty plea—but that doesn’t take away the guilt she feels in her heart.

EB and Della are both struggling with the guilt of landing Emily in this position in the first place. In their efforts to clear Matthew’s name, they put his wife in an even worse predicament. You can sense the goodness in both EB and Della in their fight for justice. This is twice now where EB has turned down a plea deal because he refuses to give up on his clients. He could take the easy out, especially as the pressure mounts—Emily’s bail is set at a ridiculously high price, Herman Baggerly (Robert Patrick) fires him as Matthew’s lawyer, and there are signs that his memory is slowly deteriorating. But EB plows on because that’s the right thing to do. The same can be said of Della, who gives Perry (Matthew Rhys) a verbal smackdown for giving up the letters that got Emily arrested. Perry was supposed to protect Emily, Della reminds him, and he failed. “Matthew lied too, and no one cares because he has money, and she’s a slut,” spits Della, highlighting the hypocrisy of the whole situation. She refuses to stand by while the world throws this grieving mother to the vultures, and so she takes it upon herself to play protector, visiting Emily in prison and keeping her in the loop. And it’s Della who saves the day when the corrupt cops finagle their way into the jail to physically beat a confession out of a restrained Emily.

Perry doesn’t show such visible signs of guilt, though that’s not to say his moral compass is broken. He may not be a religious man (“God left me in France,” he tells Sister Alice), but he knows right from wrong. Perry is all about finding the truth, and he doesn’t care how he goes about it or who he hurts in the process. That’s what separates him from EB and Della, and it’s what makes him come across aloof and uncaring at times. But Perry realizes he’s working within a rigged system and that uncovering the truth is never going to be easy… or fair. He knew Matthew was innocent and found the proof; yes, it resulted in Emily’s arrest, but now he is set on proving her innocence too.

Officer Drake (Chris Chalk) is an excellent counterpart to Perry, as he too is tasked with searching for the truth while navigating the complexities of a corrupt system. Drake is a good cop in a bad world, and as the only black officer on the force, he doesn’t have the power to make his voice heard. He was forced to change his report on the kidnapper murders last week, and this episode, he’s paid off by the creepy Detective Ennis (Andrew Howard) to keep his mouth shut around the snooping Perry. It’s a sickening moral dilemma for a man who wants to do what’s right but also has his own family to protect. Drake’s wife, Clara (Diarra Kilpatrick), is not wrong when she tells her husband to accept Ennis’s handouts and keep his head down. It’s not that she’s selfish, it’s that she knows the system is racist and unfair, and that right now, “we’re lucky to have it.” With a child on the way, the Drakes need to focus on themselves. “If he wants to keep our bellies full for you to do him a favor, you do it, not for him, but for us,” she says. But that’s easier said than done. “I beat a man down just for doing his job, trying to find the truth,” Drake confesses. After literally fighting off Perry all episode and threatening to kill him, the guilt eventually gets too much. Drake approaches Perry down a dark alley to share information about the murder scene and hands over the false teeth he found in the stairwell.

Guilt manifests itself differently for the rapidly unraveling Sister Alice (Tatiana Maslany). The passionate preacher shares the burden of responsibility for inviting George to be a member of the church, where he and Emily first met. And she chooses of her own accord to visit Emily in prison, with accompanying church choir. Alice tries to free Emily from her guilt, and perhaps, at the same time, her own. “I know what it’s like to need someone… and be lied to,” she says. When Emily reminds Alice that she at least always had God and her mother by her side, we get a brief glimpse of Alice’s vulnerability. “The Lord can be a hard companion, and mother… she was always there,” she says solemnly.

There is an unspoken tension between Alice and Birdy (Lili Taylor), her mother. Birdy is annoyed her daughter didn’t consult her before her prison visit and suggests distancing themselves from Emily. It’s starting to feel like Alice was forced into this life—and I’m not confident that it’s only saline and vitamins in that drip being fed into her arm. Alice is clearly not well, as evidenced by her seizure at the end of the episode. “God told me, I’m going to resurrect [Charlie],” she states, which infers not just a physical breakdown but a mental collapse. I’m still not sure if Alice knows what happened to Charlie or if she’s aware of the church’s involvement, but if she does, it could explain this as a guilt-ridden breakdown.

“Chapter 3” is a thematically strong episode even if somewhat lacking on the action front. The relationship between Perry and Lupe (Veronica Falcón) gets a little deeper during a work/date night at a nearby casino. And there’s some fun banter between Perry and Pete (Shea Whigham) as they follow George’s trail and go corpse shopping, much to Pete’s disgust. They discover that the false teeth are a perfect fit for George’s dentures, suggesting he was murdered. The story beats are still building nicely, and the performances are as superb as ever, but it feels like the show is still waiting to hit that next level of greatness. 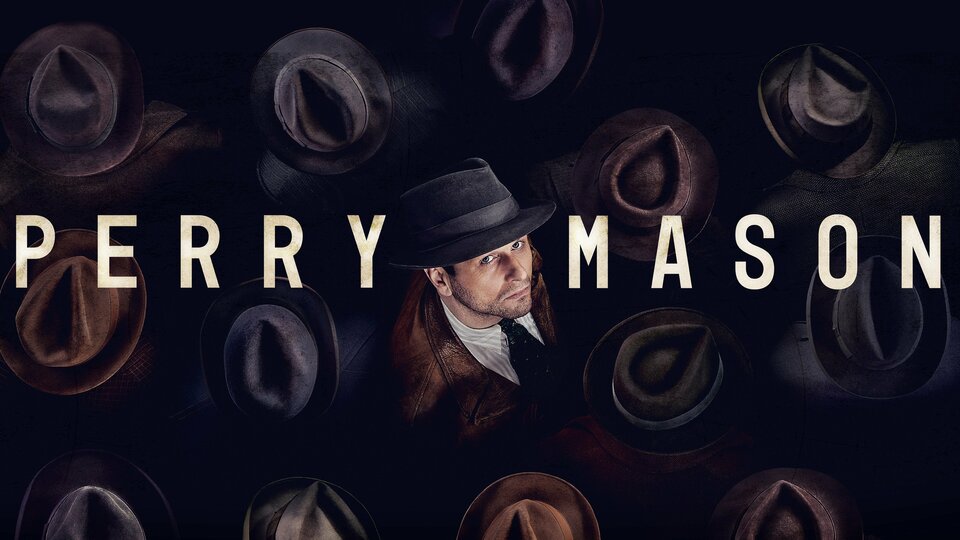