Because One Chicago has managed to seamlessly have mini-crossovers throughout the year, it’s usually something major that brings the shows together for an event across at least two shows.

Such is the case with Wednesday’s Chicago Fire and P.D.‘s “Off the Grid” and “Burden of Truth,” and TV Insider has an exclusive sneak peek at the case. When Ambulance 61 responds to a call, Brett (Kara Killmer) and Foster (Annie Ilonzeh) treat a teen who is unconscious in his hallway; his neighbors found him. His lips are blue and pupils constricted, and the paramedics quickly realize he’s showing the symptoms of an opioid overdose. Watch the clip above to see what Foster discovers in his apartment.

In the first hour, Severide (Taylor Kinney) partners with Sean Roman (Brian Geraghty) after a series of teen opioid overdoses but suspects his friend isn’t telling him everything. Meanwhile, Casey (Jesse Spencer) tries to be there for Brett when she considers meeting her birth mother. 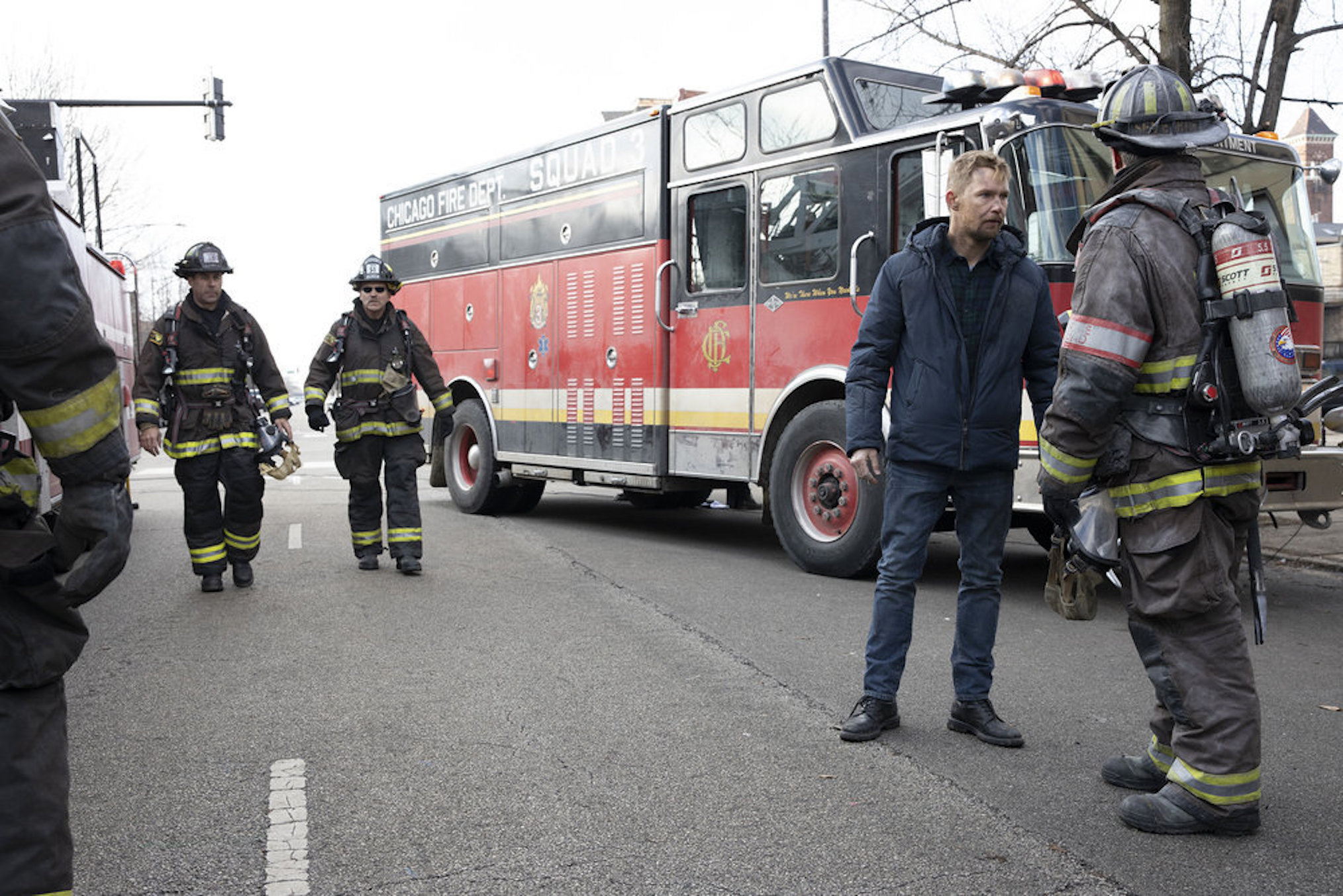 The crossover concludes with Intelligence’s search for the dealer responsible for the overdoses — and connected to Roman’s missing sister. It begins a homicide investigation when they find the dealer dead.