Back From the Future! Jeremy Jordan Previews ‘Supergirl’s 100th Episode

You can always tell when a show gets to a landmark moment because important guest stars start showing up or at least being mentioned.

For Supergirl fans, the signs began three weeks ago with the return of series original Jeremy Jordan, whose nerdy hottie Winn Schott left during Season 4 to join the Legion of Super-Heroes in the future. And even though the storyline about Winn’s evil doppelganger has been (relatively) resolved, Jordan is sticking around for one last hour, tonight’s momentous 100th episode. “It’s like a little little bonus after the two-episode arc,” says the New York-based Jordan, adding that he opted out of the Vancouver-filmed show full-time because “it’s kinda hard being away from my family and my wife and I really wanted to have a kid.” Now the new dad of a 10-month old, Jordan was happy to be able to come back and stay for the memory-laden episode.

“It [was] all the things that I loved about being there, all the people you know and getting to be this great character that I’ve built over the years. We just had a blast,” he says. “It was a really kind of perfect return for me.” 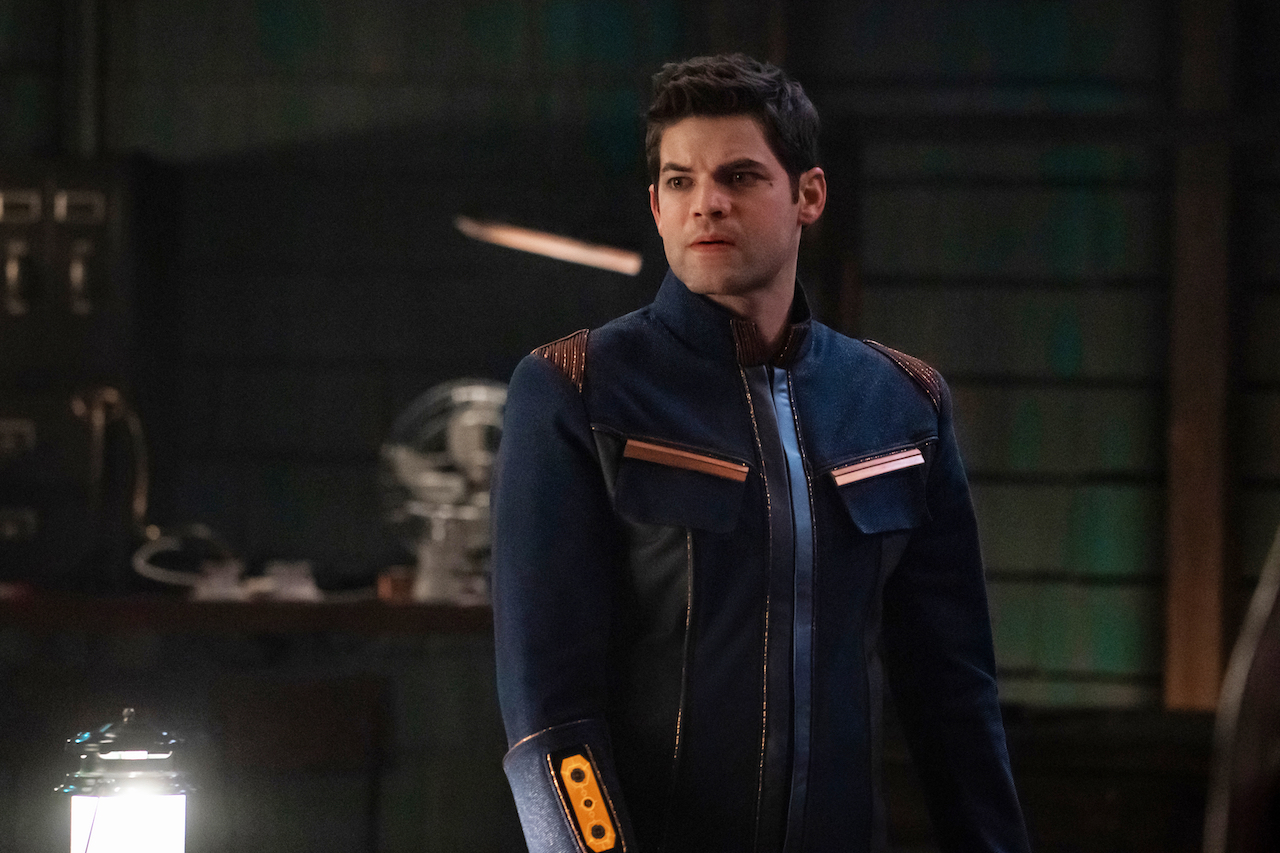 Entitled “It’s a Super Life,” the episode sees magical pest Mister Mxyzptlk popping back in (this time played by Thomas Lennon) to help Kara (Melissa Benoist) find a spot in her past where she could have come clean with Lena (Katie McGrath) about her secret identity. But instead of a standard clip show, the producers have smartly sourced scenes from previous episodes and inserted new footage to tweak what was with what would have happened with folks like former villains Ben Lockwood (Sam Witwer), Reign (Odette Annable), her mom (Betty Buckley) and even Mon-El (Chris Wood). And since this is Supergirl revisiting Supergirl’s past, that means a ton of work for Benoist.

“I can’t imagine how hard it is for her, especially after that crossover madness.” Jordan says of the star. “But she still leads the ship and is incredibly resilient. You know, she always has a smile on her face and a positive attitude, even though I knew she’s probably exhausted.” Given how much has changed since the series began back on CBS, “being back in Kara’s apartment was really nostalgic for me,” Jordan notes. “It’s the only thing that’s really survived since Season 1. CatCo is still there, but I didn’t have any scenes there after the first year.” And while this is most likely the last time we’ll see Winn this season, Jordan is totally open to coming back again. “I [loved] just being there with the crew and everybody and you know, between scenes just goofing off and singing and dancing and being idiots.”

That’s right. Even 100 episodes in, their musical flag is still flying free.

“Oh yeah,” laughs Jordan, who is set to take over the lead in the off-Broadway revival of Little Shop of Horrors after wrapping his wildly well-received one-man show at 54 Below. “I mean, anywhere I go, anywhere Melissa goes, that is gonna be something that everybody does!”