The second episode of 9-1-1‘s third season took the emergencies fans have come to expect to a whole new level when a tsunami struck the Santa Monica Pier, flooding the streets of Los Angeles and causing utter chaos.

While some fan favorites made it through the episode without too much trouble, others were left in precarious positions heading into the next installment, which airs October 7.

Below, we take a look at where the characters ended up after the first few waves hit.

Day Out on the Town 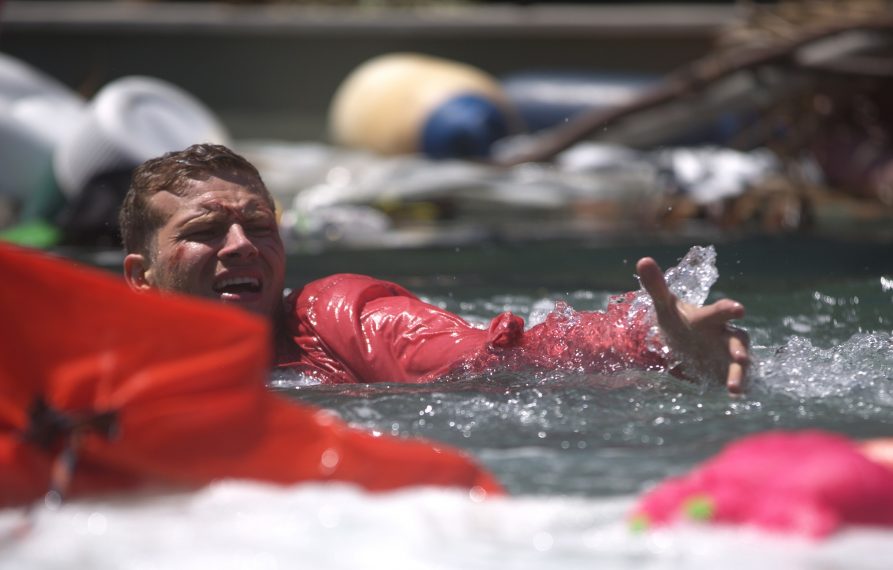 In one of the most concerning storylines, Buck (Oliver Stark) and Christopher (Gavin McHugh) face the tsunami at the pier. Buck attempts to warn people of the incoming wave and then he makes a dash for it — but he only makes it so far before trying to find cover with the child. When the wave hits them, all semblance of order is ruined. When Buck surfaces, he manages to get a hold of Christopher and the two perch themselves on top of a fire truck nearby.

Later on, Buck hears cries for help and does his best to collect as many people as possible to bring them over to the truck with himself and Christopher. Throughout the episode, Buck and the boy share some sweet, heartwarming moments that make the final moments of “Sink or Swim” all the more devastating. As the wave begins to recede, getting ready for another big blow to the shore, Christopher after he goes overboard, leaving us all to wonder — will the boy make it? As for Athena (Angela Bassett) and her daughter May (Corinne Massiah), their day at the nail salon turns into one serious headache after they crash their car in a traffic jam. Don’t worry, it wasn’t due to negligence but rather a traffic light malfunction that could be linked to the trouble with the tsunami. Thankfully Athena and May are okay, but there are some major dangers afoot as power-lines dip into growing puddles around the pile-up. One disgruntled man falls victim to the electric current, but that’s not even the most traumatizing moment.

During Athena’s assessment of the situation she finds a woman who has been gravely injured with a wound to her neck, and as she starts to bleed out, Athena asks May to assist. Although the woman tries her best to stay awake for May, she passes out and when Athena returns, she finds her daughter crying because she thinks the woman has died. When emergency services finally make it to them, it’s revealed that the woman has a pulse and Athena and May share a moving mother-daughter moment. 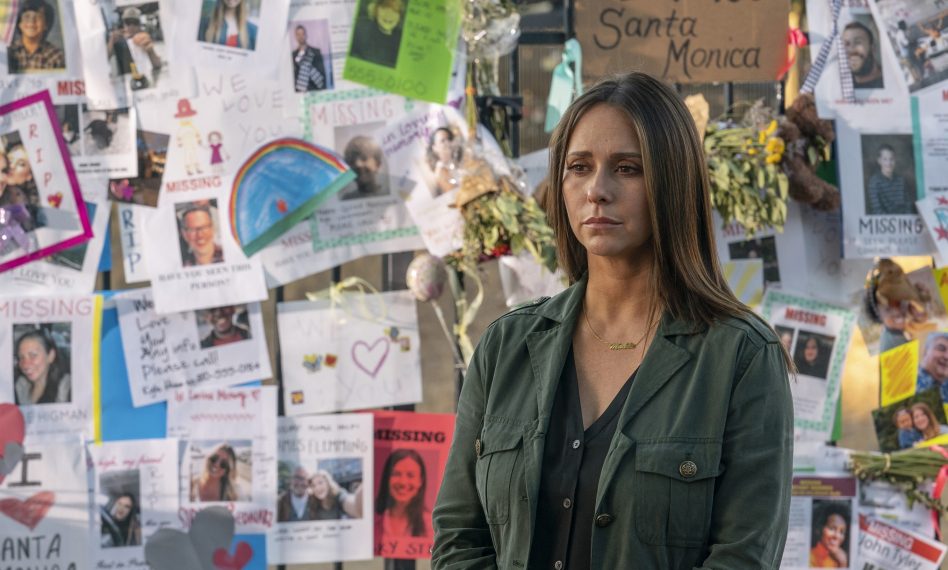 In a real downer, Maddie (Jennifer Love Hewitt) receives a call from a man trapped in the attic of his home as water surges in. While she instructs him best she can to try and escape, they both realize the attempt is futile and she listens as the man takes his final breaths.

The exchange highlights the horror of such a large emergency. When she’s forced to take the next call with tears in her eyes, emotion is at an all-time high. Later, she confides to Chimney (Kenneth Choi) that she’s relieved Buck isn’t near the drama, unaware he’s in the most precarious position. Bobby (Peter Krause), Eddie (Ryan Guzman) and the crew take to the water when the roads are blocked by floods and they happen across one wild boat accident caused by the wave. Seen at the beginning of the episode, the victims were part of a boat wedding ceremony and the son of the bride and groom-to-be are the victims in need of help. The men are skewered together by a radio-tower pole that fell through the roof of the small boat. After a stressful but mostly-successful rescue, they head to the next group of people in need at the ferris wheel on the pier. As their raft nears the location, we’re formally introduced to Ronda Rousey‘s character who is already aiding the people stuck on the ride. Viewers caught a glimpse of her in the beginning of the episode as she was with the emergency crew that was on the pier when the tsunami hit. How will she fit into the story as the next episode nears? We’ll have to wait to find out!