Mack Beggs amassed two Texas state wrestling championships with an undefeated record in high school. Unfortunately, those impressive accolades within a sport he loved so much often took a back seat to the fact he was a transgender athlete.

Despite Beggs identifying as male and taking low doses of testosterone, the University Interscholastic League made him compete with girls. Texas is one of nine states that use birth certificates to determine a student athletes’ gender. He continued to compete, even with the threat of legal injunctions and parental outrage looming over him like a dark cloud.

His story of perseverance is the subject of an upcoming ESPN 30 for 30 documentary short Mack Wrestles. Directed by Taylor Hess and Erin Sanger, the project was something grappler turned advocate jumped at the chance to do. The Life University took a break from training to explain why.

What was your family’s reaction when ESPN approached you about being featured in a documentary?

Mack Beggs: They were super excited. My grandma in particular has been super supportive of me the whole time. She was there for me. We knew the story was going to get huge, but we didn’t know how huge. My family has been behind me the whole time.

There are stories out there involving members of the transgender and LGBTQ community in general where family kicks their children out of the house and disowns them. Yet you’ve had your family cheer you on every step of the way in wrestling and beyond.

It’s good to have people there for you. You can’t do life alone. You can be independent, but physically we as humans can’t be alone all the time. We need to depend on somebody, even if it’s just a little bit. Having a family like that who embraces who I am and helped me build confidence in myself. Basically, it makes me feel better that I have people I can go to.

As far as the documentary, we’re seeing your transition in high school and everything you fought through to pursue your dreams in wrestling. When you’re watching these moments back during screenings at festivals and events, what were thoughts on the finished product?

I’m not someone who looks back at the past. But to take my story and for others to look at it as inspiration that they can do the same in their lives. That’s what I take when I go to these showings. What do you want viewers to walk away with after watching the film?

I want them to have a new sense of hope. That the world might be kind of chaotic right now, but we have to love each other as a society. We have to know more about what the unknown is. I think it just takes time. With the right telling of a story, we just have to keep on the path, and everything will work out good. I think the world will be alright.

What kind of impact do you think this telling of your story will have, whether it’s in regard to legislation or people just having more of an open mind?

I hope it has a positive impact, so others don’t have to go through what I went through. Other trans athletes don’t have to hide and play as what they don’t identify as.

Has it become commonplace where someone has come up to you and said they were going through the same situations and you helped them in some profound way?

I’ve run into a couple of people. It has reminded me how important this is and having my story out.

Being in college right now, what are some your educational and sports goals to accomplish?

I just want to continue college wrestling and being a good scholar athlete. I want to get on top of my grades and get my degree. Just see where life takes me and take it day-by-day. What kind of career do you want for yourself?

Are there plans to do a follow-up delving into your life in college?

There hasn’t been much talk about that. We’ll see what happens. If they ever came up to me to say they wanted to do it, I wouldn’t say no. I enjoyed working with Erin and Taylor and ESPN.

One of the big moments in the film for me was watching you sign your new birth certificate. What did that mean toy you to have what you identify with officially in writing?

To know that I can finally legally identify as a man just made me feel a whole lot better. I’m a lot more confident to live my life. 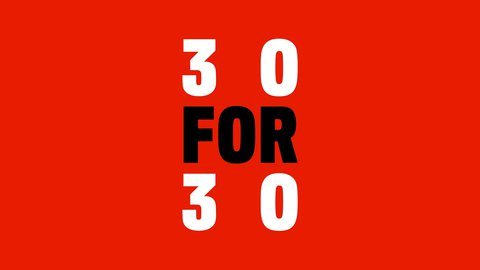