Zookeepers Introduce a Wide Range of Animals in ‘The Zoo: San Diego’

Animal Planet’s new series The Zoo: San Diego will bring animals and people together. The series is a revealing behind-the-scenes look at both the San Diego Zoo and Safari Park, as well as the San Diego Zoo Institute for Conservation Research.

San Diego Zoo Global is home to more than 700 species and 6,500 animals. Their stories will be featured in each episode, kicking off with a special two-hour premiere on Saturday, August 10.

The series will introduce a wide range of animals, including pandas, giraffes, Galápagos tortoises, koalas, elephants, mountain lions, two baby cheetahs that are learning how to be ambassadors for their species and a flock of ostriches known as the “Spice Girls.” Viewers will watch as California condors are brought back from the brink of extinction, and get an up-close look as Joanne the gorilla celebrates her fifth birthday along with her troop. 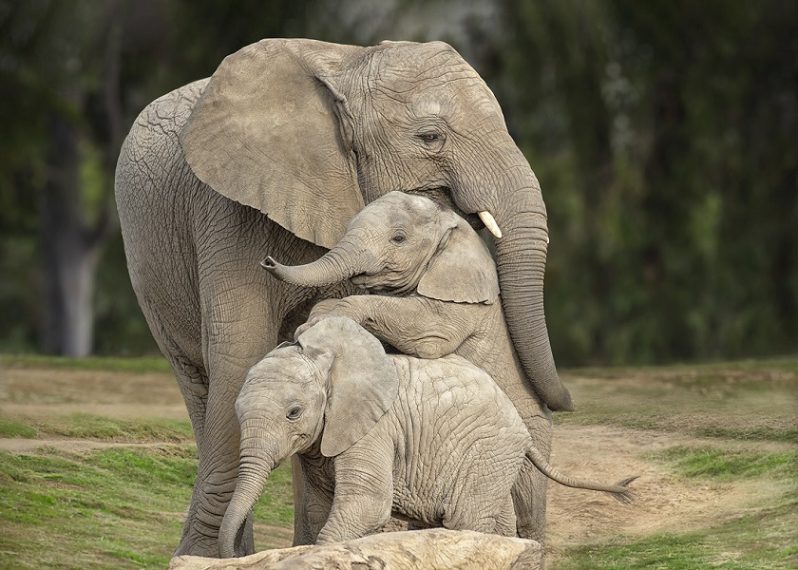 You will also follow the animal care teams — keepers and veterinarians at both the Zoo and the Safari Park — many of whom have dedicated their lives to caring for animals, and the numerous projects and initiatives that place this nonprofit organization at the forefront of wildlife conservation.

“The vision of San Diego Zoo Global is to lead the fight against extinction,” said Rick Schwartz, San Diego Zoo Global ambassador. “We know that this compelling program will not only delight and engage viewers, but will also provide a global platform for us to share incredible stories of the conservation efforts that our organization has undertaken to ensure the survival of endangered species.” With a combined 5.5 million visitors each year, San Diego Zoo Global provides spaces where visitors from around the world can form a personal connection with animals, including rare and endangered species that most people never encounter during their lifetime. The organization is also working on field conservation projects with almost 400 partners in 45 countries, to save more than 100 species. This includes efforts to bring the critically endangered northern white rhino—only two of which are left on the planet—back from the brink of extinction.

The Zoo: San Diego where to stream