‘The Food That Built America’: Get the Juicy Backstory of Groceries & Fast Food

Corn flakes are about as ho-hum as it gets, but the story behind their creation is chockablock with — to use breakfast lingo — snap, crackle and pop.

The Food That Built America, a new History three-nighter that’s part documentary, part dramatization, recounts the unexpectedly juicy backstories of grocery staples such as Coca-Cola and Heinz ketchup and fast-food fixtures like KFC and McDonald’s.

As for the humble corn flake, its saga takes us back to the late 1800s in the August 11 episode, with renowned Michigan doctor John Kellogg. His Battle Creek Sanitarium promoted such unorthodox treatments as slapping machines and yogurt enemas — plus a healthy breakfast formulated on-site. Matthew Crawley of The Food That Built America (Credit: History)

Kellogg’s oft-overlooked brother Will ultimately brought cereal to market, but not before a fire, sibling disputes, a kitchen snafu that turned into a “Eureka!” moment and possible idea theft. Delicious! Take a journey with Smithsonian Channel to meet the most dangerous and wondrous wild dogs in the natural world. 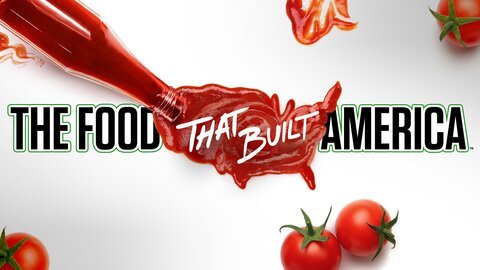 The Food That Built America where to stream

The Food That Built America