There are so many Netflix originals out there that are worth watching — so much so that some of the best ones get lost in all the pandemonium. Easy is one show that often gets overlooked but is a hidden gem and a modern day rom-com fans should watch.

Directed by Joe Swanberg, the show is an anthropology comedy that focuses on a different Chicago couple or character in each episode and explores the struggles they face while trying to find love and happiness in a modern world. The show covers a wide range of relationships and tackles everything from open marriage to lesbian relationships and various different forms of love in between.

This Memorial Day, join Jamie and Claire on their time-traversing love story.

Here’s why we think Easy should be your next Netflix binge.

A different kind of storytelling

Its unique episodic format allows the series to incorporate an array of concepts so there is something every viewer can relate to.

The best part is that each narrative is ongoing and never-ending, drawing viewers back in again and again. Differences are represented and celebrated in Easy as well, bringing the show to a large and diverse audience. Biracial couples, bisexual couples and gay couples are just some of the many relationships that are depicted. Easy also places a strong emphasis on presenting real people, lending a hand to the show’s authenticity.

Its destigmatized outlook on sex is another main draw of the show. While Easy’s focus is not solely on sex, it does have an integral role just as it does in every relationship. Sex is talked about and portrayed in a natural, realistic way with the actual act worked in effortlessly and often, rather than having a prolonged build up to one romanticized sex scene as most romances do.

The show just wrapped up its third and final season but is still available on Netflix. In addition to its cultural significance, a star-studded cast makes this show an easy binge, no pun intended. Dave Franco, Orlando Bloom, Jake Johnson, Malin Åkerman and Aubrey Plaza are just some of the actors in an ensemble cast that help bring this show to life. 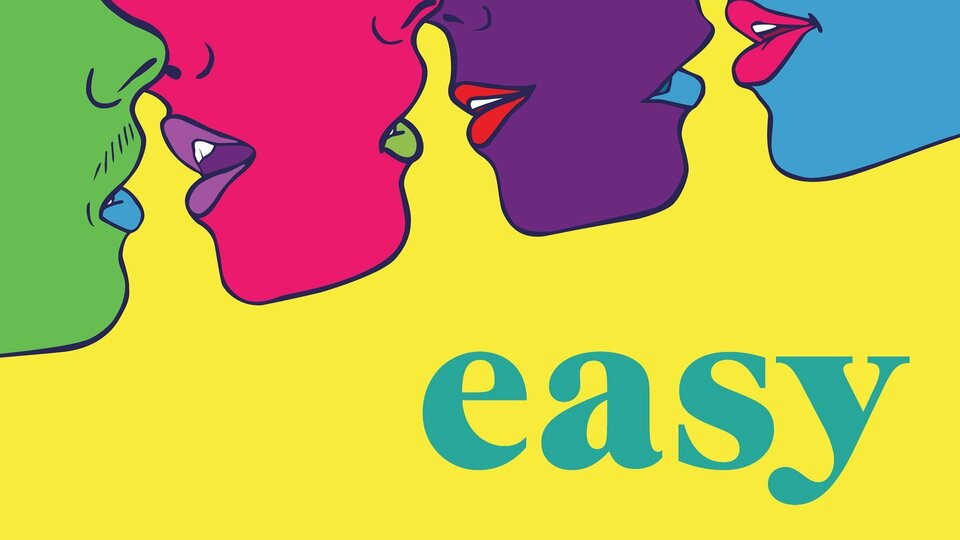 Easy where to stream