Unlike American serialized dramas that can, and often have, run for years, if not decades (General Hospital just celebrated its 56th year on the air, for example), Spanish-language telenovelas will often run their course over many episodes, and then end their story. They don’t usually return for another season.

But when something as hugely popular and successful as Telemundo’s La Reina del Sur comes along, exceptions have to be made. The action-drama was based on Arturo Pérez-Reverte’s novel of the same name, and depicted the rise of Teresa Mendoza (Kate del Castillo), a young woman from Mexico who becomes the most powerful drug-trafficker in southern Spain. The show initially ran for 63 episodes from February-May 2011, and it became the most successful series in Telemundo’s history. While an American series would have quickly cashed in on that success with frequent renewals, and probably been on at least Season 8 of the series by now, Telemundo, for whatever reason, opted not to extend the franchise at the time. The concept was, however, adapted into an English-language version for USA Network called Queen of the South, starring Alice Braga in the title role. That series does have a number of seasons at this point, and will return for its fourth later this year.

But the series — and the star — that started it all is now back, with Kate del Castillo returning for another go-round as Teresa when La Reina del Sur debuts new episodes on Telemundo starting Monday, April 22. The new series is quite ambitious, shooting on location in eight countries, including Russia, Romania, Italy, Spain, Colombia, Mexico, Belize and the United States. For the first time, the series will feature English subtitles.

The story picks up eight years after Teresa disappeared into the U.S. Federal Witness Protection Program for bringing down Mexican presidential candidate Epifanio Vargas. Hers is now a life of total anonymity as “Maria Dantes,” who is peacefully raising her daughter Sofia (Isabella Sierra) in the Tuscan village of Massa Marittima in Italy. However, her life takes an unexpected turn, and she will do the impossible to reclaim her throne as “La Reina del Sur.” Here’s a little taste of the sort of ass-kicking action Teresa Mendoza will be up to again this season, in this La Reina del Sur Season 2 trailer that broke Telemundo’s record with just over 8 million views in the first week of its March release:


“This feels like coming home again,” del Castillo told reporters at a press conference earlier this year. “Teresa means a lot to me. It’s the role that allowed me to conquer the medium in a way that impacted my life.”

After the press conference, TV Insider had the opportunity to sit down with “La Reina” herself and get more thoughts from del Castillo about Teresa’s (and her) triumphant return to this rewarding — but physically and emotionally challenging — role.

It seems like Spanish-language telenovelas returning for more than one season, as “La Reina del Sur” is doing, is not too common. Is this situation pretty unique?

And, but you know what, in seven years, because we signed the contract like two years ago and we were flirting with you know, with executives, with me, and I said, “Okay, I’ll do it under one condition.” I know [Arturo Pérez-Reverte] doesn’t write the episodes, but at least [I wanted his] structure of the whole story because the stories are everything. Arturo wasn’t ready [intially], I wasn’t ready. I didn’t have like the best time shooting [the original]. I mean, I don’t want to get it wrong. I did have an amazing time, but I suffered [through] it. So, I was exhausted. I didn’t know how [another season] was going to go, and to be honest, I was like, “Why do a second part? Second parts are never good.” Well, The Godfather, of course, but you know. So, now when they told me, [Arturo] is in, I said, “Let’s do it.” It’s just an amazing role to play for me; it’s been a blessing.


A few years ago, I talked with Alice Braga about playing Teresa in USA’s Queen of the South, and she said that you basically have to give your body and soul to this role, because it’s so physical. Have you found that to be the case when you play Teresa? Do you find this performance can be physically and emotionally taxing?

I did in the first one. Literally, I was sick later. I was like so exhausted. So, you give, and I think we all actresses do. And we do. I’m not saying men don’t, but for us women it is already more challenging, or more, it’s harder. It’s hard to find amazing, empowering roles. So, of course we just go ahead and do whatever they ask us to do. So, yes. And, I appreciate that of Alice. Can you talk about any of the story or style differences viewers will see between La Reina del Sur and Queen of the South?

I cannot talk a lot about it because I just watched the first episode [of Queen of the South], but I know it is not attached literally to the book. It’s based on the book, and it has the same name, but it’s a different story. Right. So, that, I love that, because then it [isn’t] like watching the same thing just in a different language, [which would] be boring.

I liked that [Queen of the South] did a different thing. I like that they, you know, they risked everything not doing the same thing when it was already a success everywhere, everywhere in the world. And, they repeated it and repeated it, and it was still a success. I dig it, and I am very respectful of Alice. This is so amazing, and I wish that they go for eight seasons or whatever they do and really share the success. A look at how the drug drama's boss keeps rival Teresa at bay.

Teresa Mendoza is still one of the rare female anti-heroes on TV. How do you like being in that role?

I love it, because nine years ago [there weren’t as many such roles for women]. But, now I think that over the last decade, there’s been better roles for women.

I can read every script, and they’re better and better roles, but it’s slow. But, we’re getting there. And, for me to be a pioneer, at least in Spanish-speaking television, was amazing, because I know that after [the original La Reina del Sur] they started a new genre, the “Narconovelas,” which I love, to be honest. I hate the the name, but [I love the] empowered women, you know? So for me, it’s been a blessing to be a part of it.

I’m sure fans are ecstatic about the return of La Reina del Sur. Have they reached out to you about how excited they are?

They have been, all of these nine years! They’ve been, “Where’s the second part?” and when we announced that there was going to be a second part, you have no idea. They went ballistic. It was everywhere, and the fans were so excited. I’m a fan, too, because I was a fan of the book right before I knew I was going to do [the series], so I am very happy and proud of what we did. So, it’s a challenge, and it’s a lot of pressure, to be honest. Let’s see what happens. Could you see yourself taking on more action-oriented roles like Teresa, on TV or in big-screen films?

But I love action, and I would love to do more action movies. I mean, films and TV series and whatever, because I enjoy it a lot. I love comedy, too. I love comedy. I’ve done a lot of comedy, at least on stage. But, you know, I’m an actress, and I just want to work. So, if it’s a good role, I don’t care the genre.

Check out an exclusive clip from the new season below: 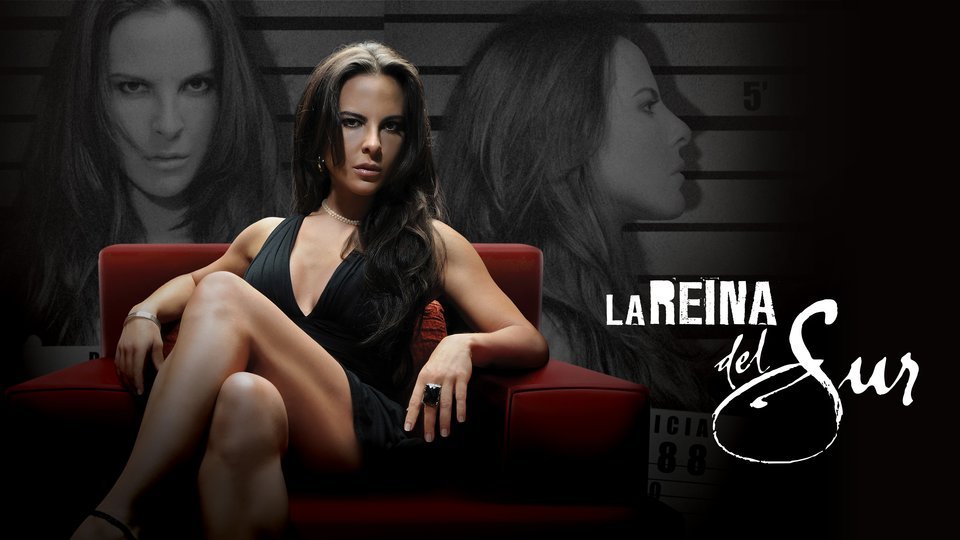