Fame comes at a heavy cost. Paparazzi. People interrupting your dinner to ask for a selfie. A total lack of privacy and anonymity. But man, you sure do miss that when it’s gone.

French comedian Gad Elmaleh understands what it’s like all too well. Often called the Jerry Seinfeld of France, he’s virtually unknown here in the States. His new Netflix comedy, Huge in France, might just change that.

In the show, Elmaleh — playing a fictionalized version of himself — gets burned-out and decides to leave France to reconnect with his estranged teenage son, Luke (Jordan Ver Hoeve), in Los Angeles.

That doesn’t sit too well with Luke’s mom (Kevin Can Wait’s Erinn Hayes, hilariously acerbic), or the boy himself, who’d rather focus on becoming a model (he thinks he’s just a pec implant away from landing a contract). The series is fictional, but there’s some truth lurking behind the storylines. Elmaleh’s real-life son is a model, the comic is pals with Seinfeld (above), who makes a cameo as himself, and he does enjoy major fame in Europe, which Huge in France showrunners Jarrad Paul and Andy Mogel have witnessed firsthand. Netflix has become the destination for bonkers documentaries, the lastest of which is a 2018 Tribeca Film Festival hit that’s as odd as it is entertaining.

“We went to Paris with him,” Paul notes, “and it’s honestly like walking around with George Clooney there. When he’s out on the street, people constantly come up to him. And then here it’s nothing.”

Adds Mogel, “We were at a party in L.A. and the waiters kept pushing him out of the way!” Those who do know Elmaleh and his act may be surprised to see the energetic comedian playing someone so subdued and low-key. “I’ve been doing stand-up for so long and I wanted to find something where I could play me,” the comic says. “I wanted to be grounded in reality. I didn’t want to present myself like I do in my act.” Indeed, the humor here doesn’t come from slapstick antics, but rather lost-in-translation misunderstandings and Elmaleh’s continued humiliation at every turn (like a run-in with the law). Turns out, getting respect Stateside is just as hard as making a real family connection. 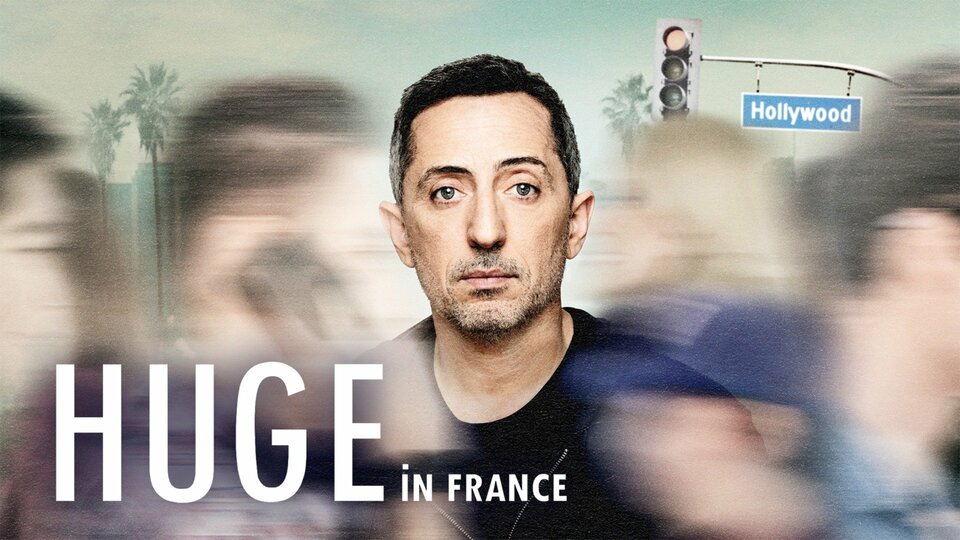 Huge in France where to stream