In each episode, Whelchel meets with a collector who has carefully curated a specialized medley of pop-culture memorabilia. “We have everything from an incredible Wizard of Oz collection to two houses full of Winnie the Pooh collectibles. My son and my son-in-law are both guitar players, so I loved meeting Jim Peterik from Survivor and seeing his guitar collection,” says Whelchel. “I also loved learning about vintage movie posters; the fact that they are worth millions of dollars and that they’re a new arm of art is really fascinating! Plus, I learned about pinback buttons … you can really tell the incredible history of America just by looking at this collection of pins.” 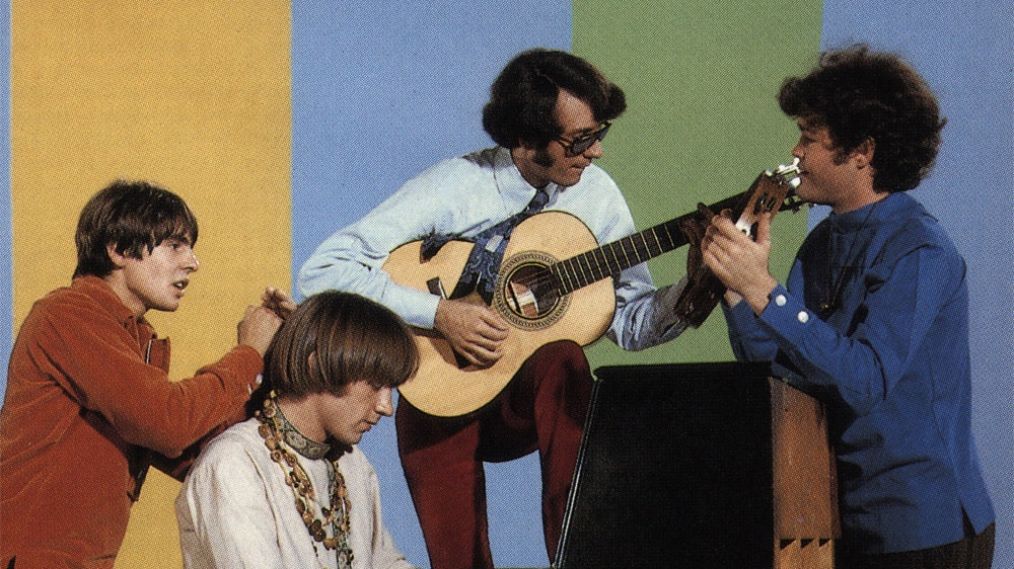 These astonishing assortments go far beyond a casual gathering of knickknacks in a curio cabinet — some are museum-worthy, building-filling collections that are worth millions of dollars. In the series premiere, “Nostalgic Entertainment and Political Items,” Paul Lisnek shows off his extensive assortment of film and television props and memorabilia, as well as his collection of U.S. historical political items. Then, in the bonus episode “Nostalgic Toys and Advertising,” designer, author, artist and Rankin/Bass historian Rick Goldschmidt shows off a toy collection that covers every wall and surface in his house.

On April 14, viewers will meet collector Deb Hoffmann, who has been recognized by the Guinness World Records as having the largest collection of Winnie the Pooh items. Her nearly 18,000 pieces of Pooh memorabilia are spread across two houses, and include a Winnie the Pooh costume from the Walt Disney World theme park and a limited-edition Winnie the Pooh telephone. When Lisa Whelchel and appraiser Judy Martin visit and assess the collection, Martin brings along a very special surprise.

On April 21, Lisa meets Zac Vege and his wife Melanie, and they show off Zac’s basement-filling collection of all things Kiss, including Ace Frehley-designed guitars, an original Kiss pinball machine, trading cards and the rare original promotional poster sent to radio stations with the first Kiss record. After showing off his musical memorabilia to host Lisa Whelchel and Kiss-torian David Ashdown, Ashdown assigns a value to the collection and offers an enticing swap. In the episode airing on April 28, Whelchel meets Walter Krueger and examines his mind-blowing collection of Wizard of Oz memorabilia. His treasure trove features over 10,000 items, including a first edition of the book, rare autographs and costumes from the 1939 film, and a wooden toy created by author L. Frank Baum. As Krueger shows off his priceless artifacts to Whelchel and Wizard of Oz expert JP Cafiero, Cafiero assesses and assigns a value to a few of the most spectacular items before offering a tempting trade: an item in Krueger’s collection for a coveted item from his own collection.

Whelchel says that the sweet series is the perfect complement to MeTV’s nostalgia-focused programming. “I think the poignancy of Collector’s Call is that as you get older, there’s something that touches the heart when you see something that was part of your childhood. And so many of these collectibles are going to bring back delightful memories for people. And I’m excited to share that with the audience.” But after seeing a plethora of treasures, Whelchel shares that her favorite part of the series has less to do with things, and everything to do with people. “My favorite part about Collector’s Call is actually the collectors,” she says. “They are just quite the characters. Anybody who’s collecting a bunch of one kind of thing, you have to know they’ve got a story — they’ve got multiple stories, and great personalities.” The people highlighted in the series, and the friends and family who love and support their collection obsession, share an earnestness and a passion that is simply contagious.