Amazon Prime Video is teaming up with The Big Short and Vice‘s Adam McKay for its newest docuseries, This Giant Beast That is the Global Economy.

Produced by Will Ferrell and Adam Davidson, the eight-parter recruits Designated Survivor‘s Kal Penn to highlight the workings of the world’s economy and the corruption it’s exposed to. Set to debut Friday, February 22 on the streaming platform, TV Insider has your exclusive first look at the show’s trailer.

Embarking on an international tour, Penn exposes the “funny and mind-blowing ways” that money plays a role in everyone’s life. Meeting with varying individuals from geniuses to madmen, Penn will help uncover the decisions and investments that impact our lives.

The show will explore how money, greed, and power impact our world through cryptocurrency, money laundering, death, and corruption. Fans of McKay’s other works will recognize his tone present in clips featuring celebrities “acting out his trademark explanation videos.”

See the intriguing trailer below and don’t forget to tune in Friday, February 22. 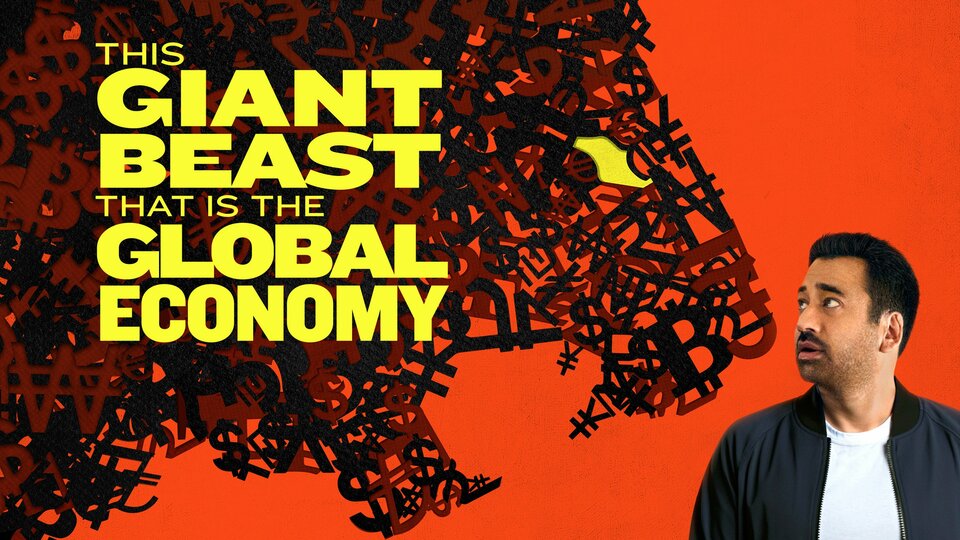 This Giant Beast That Is the Global Economy where to stream

This Giant Beast That Is the Global Economy