'Empire' Sneak Peek: Three Black Divas Are Back — And Kingsley Isn't Having It (VIDEO) 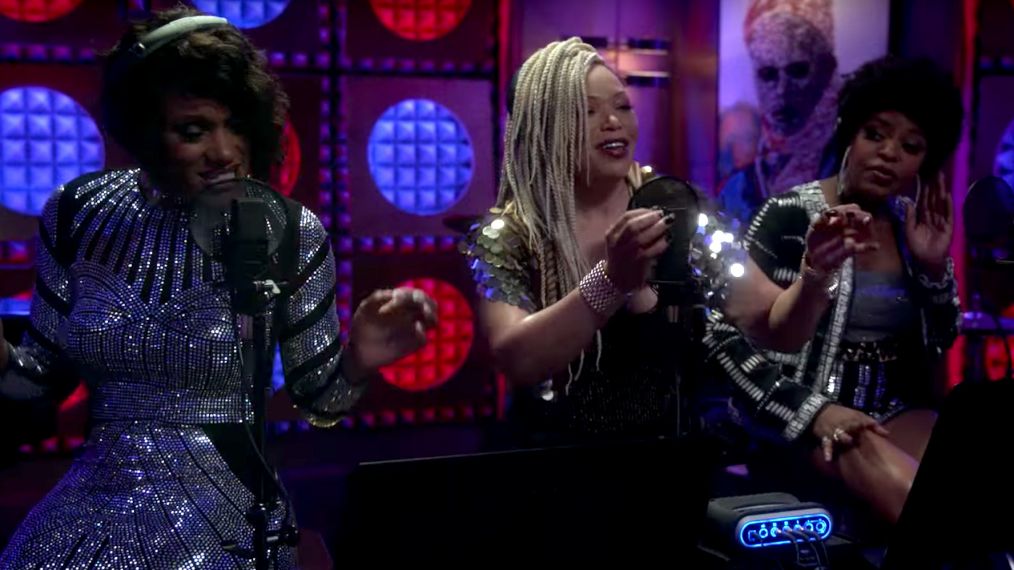 It's never a dull moment on Fox's music-based drama Empire and the latest episode, "What is Done," is no exception. Plus, how did the actor/director/singer feel about directing actors like Alfre Woodard and Forest Whitaker?

"So the 'three bland decrepits' are a thing of the past," Kingsley begins, quickly dashing the good vibes that were floating around the room before his arrival. Becky's quick to get defensive and calls out Kingsley for being unreasonable, she ends up leaving the room to calm down.

When its just Giselle and Kingsley left, he makes his stance clear by concluding, "I am dropping them." Can Giselle save the Three Black Divas from this less than fab fate? Check out the clip below:

As for the rest of the Empire crew, don't miss Cookie (Taraji P. Henson) and Lucious' (Terrence Howard) bet over who can find an artist to sign first. They'll go to any length to find talent worthy of their brand even if that means attending "high-stakes poker games" or taking to the streets.