What happens in Vegas most definitely will not be staying in Vegas. Last summer, Hulu debuted The Hotwives of Orlando, an affectionate evisceration of Bravo’s Real Housewives reality franchise. This year, the series revamps American Horror Story-style, moving to Nevada and employing (mostly) the same actresses to play (mostly) new characters in The Hotwives of Las Vegas. (Childrens Hospital’s Erinn Hayes joins the cast for this round, replacing Kristen Schaal.) “Satire can get a little bit old, but I think we found a way to make it fresh,” says one of the series’ stars, Casey Wilson. “And Las Vegas is just so gross and amazing…no offense to anyone who lives in Vegas, though I guess it’s hard not to take offense to that.” Here’s a primer on the ready-to-roll Hotwives.

Played By Andrea Savage (Episodes)
Who She Is Loosely inspired by Real Housewives of Beverly Hills’ Yolanda Foster, Ivanka is an ambiguously European former model who’s now the wife of a prestigious “bubble magician” (Paul Scheer) and “the proud mother of a baby model who’s not yet a year old,” Savage says.
God-Given Reich Don’t try to pinpoint Ivanka’s accent. “It’s a little all over the place,” Savage admits. “How consistent the accent is depends on how much improvising I was doing at the time. But it does sound so German that, as I was forming the character, she started having some Nazi undertones.”
Tagline “It’s hard being perfect. Just kidding. It’s easy for me.”

Played By Tymberlee Hill (Marry Me)
Who She Is A fan favorite from The Hotwives of Orlando, “Phe Phe”—an in-your-face lawyer, cake designer, Zumba instructor, foot model, CPA, aspiring taxidermist, fashion designer and television judge—has moved to Sin City to cash in on Vegas’s higher show ratings.
Finding Phe In the new setting, “Phe Phe is letting go of the drama,” Hill says of her character, who tended to stir the pot among the ladies in Orlando last season. “She’s trying to be a better person. It’s not actually a better version of any human being. But it’s her idea of better.”
Tagline “I’m a phenomenon. Literally, that’s my name.”

Played By Angela Kinsey (The Office)
Who She Is First Lady (whose actual name shall not be uttered) is the widow of the former mayor of the Vegas Strip. Just the Strip. “That comes with no power and no perks and no one recognizes it,” Kinsey says. “But she conducts herself like she’s the Jackie O of Vegas.”
Strip Tease In one scene shot on location, Kinsey (as First Lady) welcomed real-life visitors to the strip with lines like “Have a Vegas day today!”—which yielded mixed results. “Some people were like, ‘Well, I will have a Vegas day! Thank you very much!’” says Kinsey. “And then other people were like, ‘Where’s Dwight?’”
Tagline “I run this town! Along with actual, real, elected officials.”

Played By Casey Wilson (Happy Endings)
Who She Is “She’s just trash,” Wilson says. Jenfer—not a typo—is “nine-and-a-half-months pregnant” but claims she just conceived because her new hubby and baby daddy, Ace (Keegan-Michael Key), was up until very recently still in a relationship with First Lady.
Book Smart Jenfer is also missing the tippy-top of her right point finger. “She’s trying to raise awareness for all who are disabled in that way,” says Wilson. “She’s authoring The Loneliest Fingertip. It’s a children’s book.”
Tagline “I wrote the book on being awesome. I just can’t read it.”

Played By Dannah Phirman (MADtv)
Who She Is An Italian single mother, Leona is finally learning to let go of her thirtysomething son…
Money Maker …which means more time to focus on running her business, a strip club. “So she’s an entrepreneur and a feminist,” Phirman says.
Tagline “Menopause? More like meno-start your engines!”

Played By Danielle Schneider (Marry Me)
Who She Is A sad-sack divorcée with no friends and no one to fill up her “hug bucket.” “She was sort of inspired by Taylor Armstrong, from The Real Housewives of Beverly Hills,” notes Schneider, who cocreated the series with Phirman. “Like how Taylor was kind of always [saying], ‘I’m crying! I don’t know why I’m crying!’”
Paradox Lost She may be emotionally fragile, but Denise is also freakishly strong. “Her physical flexibility will be on display. She’s like a spider monkey,” Schneider says. “I have the bruises to prove it!”
Tagline “Vegas is a gambling town, and I never bet on me.”

Played By Erinn Hayes (Childrens Hospital)
Who She Is Because every group needs one, Callie is the resident Wiccan, à la former Beverly Hills housewife Carlton Gebbia. “She feels things deeply,” Hayes says.
Brother’s Peeper Callie recently moved to Vegas so she could be closer to her brother, Ivanka’s husband, for whom she has inappropriate feelings. Say what? “Paul’s character is so passive, and both of these women want to own him,” explains Hayes, who notes that at one point all three end up in a bathtub together. “It’s really creepy.”
Tagline “I’m a sexy witch, like the ones from The Craft.” 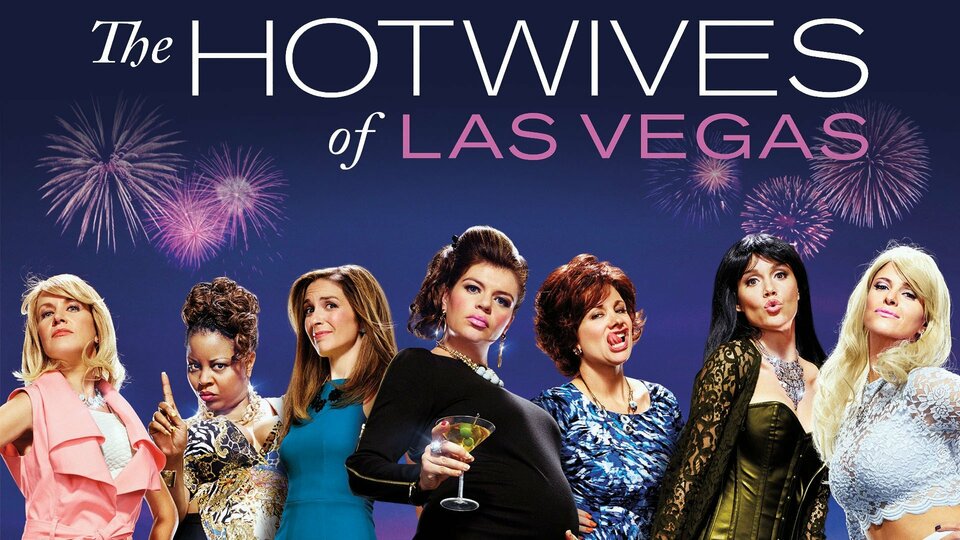 The Hotwives of Las Vegas where to stream

The Hotwives of Las Vegas