Grantchester’s village vicar Sidney Chambers (James Norton) can do many things well, like consistently lose a game of backgammon to his best friend, police inspector Geordie (Robson Green), fix a brick wall while wearing a sexy tank top or help the local constabulary solve crimes. But he simply excels at smoking cigarettes, drinking whiskey and listening to jazz while brooding over married love Amanda Hopkins (Morven Christie, above, with Norton). Yet it’s a talent he hasn’t needed much lately, ever since Amanda left her husband and traded her fancy manse for a small cottage close to the church. Reverends can marry, right? Yes, but not divorced women, especially ones with newborn baby daughters. Tonight, Sidney must make a choice between his job and his woman. “Season 3’s theme is love versus duty,” says the show’s creator and executive producer, Daisy Coulam. “People’s views shift and there are lots of grays between the black and white.” And the decision Sidney makes may not be the one he sticks with. Geordie, as well, will be forced to consider what’s more important: his affair with the office secretary or his obligation to his wife.

The pair also has a murder to solve, which may or may not be connected to a series of armed post office robberies. “In every episode we try to make the crime story fit whatever is going on with Sidney,” Coulam says. So expect some reflection on broken hearts as he sorts through the evidence. You may need a whiskey while watching. 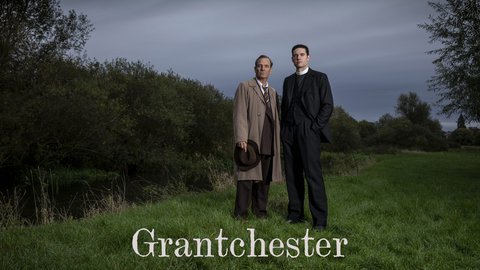