Enough dillydallying. In Season 2 of Syfy’s angels vs. humans thriller Dominion, former lowly soldier Alex Lannon (Christopher Egan) finally accepts his position as humanity’s foretold messiah. The few survivors of the Extermination War, which wiped out most of Earth’s population, certainly need saving: Both ends of the angelic hierarchy—the archangels at the top and the brutish Eight Balls at the very bottom—are eager to complete the genocide.

Unlike his estranged twin, Gabriel, guardian archangel Michael (Tom Wisdom) believes God put Alex’s markings in place for human benefit. After killing several humans in anger, however, Michael has exiled himself to Mallory, a small, unprotected farming community in Alabama untouched by the winged warriors. “That’s the first of two new worlds we expand to this season,” Wilmott says. “There’s also New Delphi, a seemingly egalitarian city based on trade and built inside a giant NORAD-like [bunker].”

Back in Vega, Claire struggles to satisfy both her most privileged and her poorest subjects. The maliciously ambitious Secretary of Commerce and Senate Consul David Whele (Anthony Stewart Head) is working feverishly to undermine Claire’s rule, but a brewing rebellion among the city’s lowest caste, led by a young woman named Zoe (Christina Chong), could mean the execution of both aristocrats. 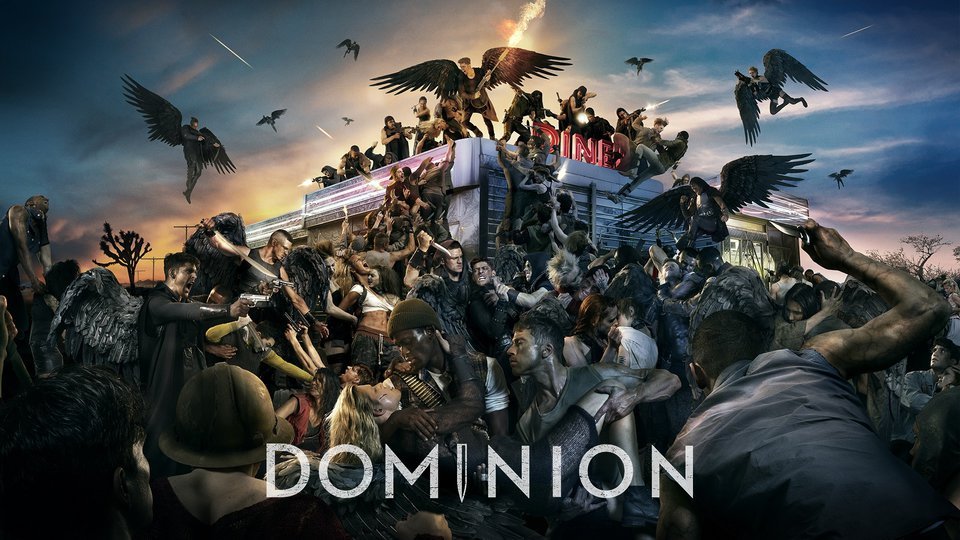 Dominion where to stream