What’s Worth Watching: Another Dark Night for ‘Louie’

The self-reflective title character played by Louis C.K. in his auteurist masterpiece Louie is never what you’d call an especially sunny presence. But he seems a beacon of joyous light compared to the aggressively annoying, alarmingly needy new “friend” he acquires in one of the series’ more harrowing episodes to date. This lonely, clingy policeman, played with cringe-inducing raw pathos by Michael Rapaport (somewhat redeeming himself from last year’s terribly miscast work on Justified), once dated Louie’s sister and he senses a kindred lonely spirit in Louie, whom he bullies into coming along to an ill-fated outing to a Knicks game. When Louie tries to lay down the law to this creep, a fateful twist turns an unhappy night on the town into a nightmare.

If that weren’t enough, the episode opens with an unforgettable and unrelated vignette in which Louie meets his match in a smug young shop owner whose generational dismissal—”We’re the future and you don’t belong in it”—is so rude as to be breathtaking. The customer is always right? Not in the world of Louie, which has a way of making the sad funny, and vice versa. 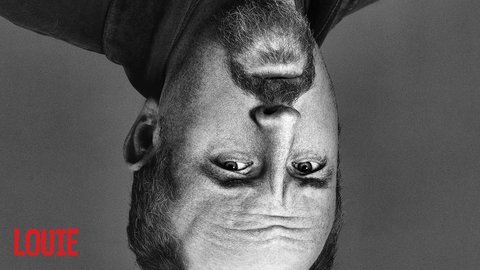