While you may be ready to enjoy a Thanksgiving feast, TV is giving viewers plenty to binge on for the holiday with a wide selection of marathons and fan-favorite programming.

Whether you’re looking for a good laugh with comedies such as Modern Family, Seinfeld, or The Office, or you’re more into familial dramas like Gilmore Girls, The Godfather, or Yellowstone, there’s something for everyone. Below, we’re rounding up the selection sure to satisfy any tastes with the Thanksgiving Day 2022 programming slate.

Scroll down for a variety of titles airing this Turkey Day. The Godfather (Credit: Courtesy of the Everett Collection)

The Godfather on AMC

In what seems to have become an annual tradition, AMC is hosting a movie marathon centering around one of film’s most famous families — the Corleones. Beginning at 6 a.m./5 a.m. c the network will air The Godfather Coda: The Death of Michael Corleone which will be followed by The Godfather and The Godfather: Part II. Throughout the rest of the day, the films will continue to play in repeat presentations on the channel.

Spend Turkey Day with the Duttons as Paramount Network kicks off a Yellowstone marathon beginning at 11 a.m. /10 a.m. c. The all-day programming event will feature the entirety of Season 1, capping the evening off with the first two installments of Season 2.

The 153-episode binge-a-thon known as GilMORE the Merrier is back as UPtv entertains viewers with non-stop installments of Gilmore Girls. Running all week long, the binge culminates with the airing of Gilmore Girls: Year in the Life beginning Sunday, November 27 at 7/6c. The event hosted by star Michael Winters also features watch-and-win sweepstakes, hourly trivia, and exclusive behind-the-scenes content. Get together with your favorite pals as Friends fills the TBS airwaves beginning at 12:30/11:30c until 6/5c, delivering several beloved installments including “The One With the Thanksgiving Flashbacks” and “The One Where Ross Got High.” And if you stick around the channel following Friends, you can catch a special presentation of The Wizard of Oz.

What better way to celebrate the familial holiday than to spend your time with the Dunphy-Pritchett gang? E! is running an all-day Modern Family marathon beginning at 11:30/10:30c on Wednesday, November 23, and running for a full day, giving viewers non-stop access to the laugh-inducing series.

Comedy Central is pulling double duty, playing several episodes of two favorites as the day kicks off with Seinfeld and wraps up with The Office. Beginning at 9 a.m./8 a.m. c, fans can tune into the network for a selection of Seinfeld installments until The Office begins at 4/3c, with the fittingly funny “The Dundies” episode. 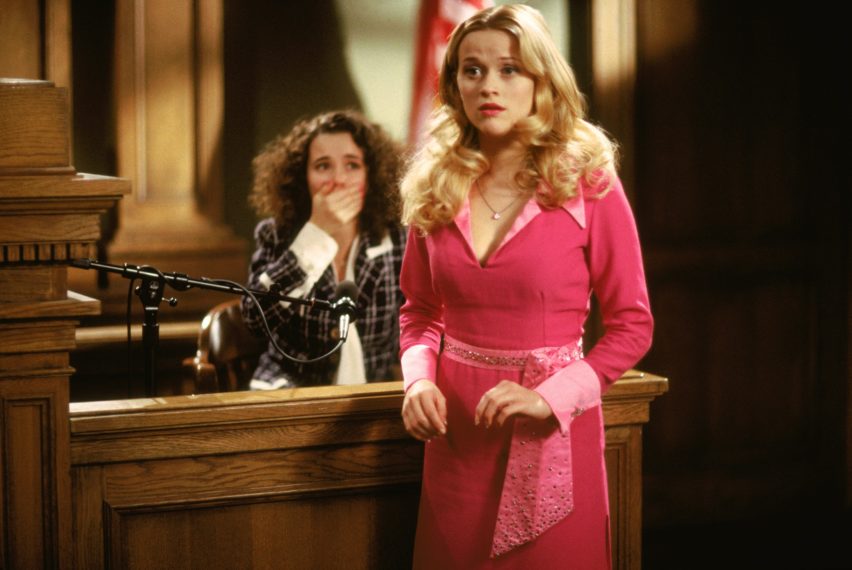 Both MTV and VH1 are celebrating the holiday with a solid movie lineup. Beginning at 10 a.m./9 a.m. c on MTV, viewers can tune into a lineup consisting of The Blind Side, Legally Blonde, Bridesmaids, and Mean Girls with an encore presentation of The Blind Side. Meanwhile, on VH1, beginning at 11 a.m./10 a.m. c, the movies kick off with Clueless followed by Dirty Dancing, Titanic, and Forrest Gump.

TNT is kicking off Turkey Day with several Will Ferrell favorites beginning with Blades of Glory at 12/11c, followed by Step Brothers, and Elf. Other films in the movie lineup include National Lampoon’s Christmas Vacation and back-to-back presentations of the Elton John biopic Rocketman. Looking for a super solid lineup of Marvel movies? FX is your prime location as they kick off their slate at 10 a.m./9 a.m. c with Thor, starring Chris Hemsworth. Following the first film, viewers can stay tuned for presentations of Captain America: The First Avenger, The Avengers, and Black Panther. There will be a brief disruption of Marvel content at 9/8c when the network offers viewers a special broadcast of Disney+’s Andor. The Marvel lineup will conclude with Avengers: Infinity War which will begin following Andor‘s run.

His Dark Materials on HBO

HBO is running a little marathon of their own, playing every episode of His Dark Materials beginning with the Season 1 premiere at 6:25 a.m./5:25 a.m. c, and playing throughout the day until the Season 2 finale airs at 7:10/6:10c. The marathon serves as a good refresher opportunity ahead of the third and final season of the fantasy drama. Travel Channel‘s fan-favorite Ghost Adventures dominates the network’s Thanksgiving lineup with episodes airing from 8 a.m./7 a.m. c to 4 a.m./3 a.m. c the next day. An all-new episode will be among the batch, airing in the 10/9c timeslot.

Back to the Future on Bravo

Back to the Future where to stream

Harry Potter and the Deathly Hallows: Part 1 where to stream

Harry Potter and the Deathly Hallows: Part 2 where to stream

Back to the Future

Harry Potter and the Goblet of Fire