It’s all led to this.

With a horde invading the Commonwealth, Daryl (Norman Reedus) must get an injured Judith (Cailey Fleming) to safety. Meanwhile, our favorite survivors must fight back against the dead — and against Pamela Milton (Laila Robins), whose selfishness is getting Commonwealth citizens killed. But even if they manage to save the community, what’s left? And where’s Rick (Andrew Lincoln)? Surprisingly, the finale does answer these questions… although it might leave a few fans scratching their heads, too. Here’s how it happens. The episode starts out with two deaths: Luke (Dan Fogler) and Jules (Alex Sgambati), who both fall prey to the walker horde. The group manages to carry Luke to the hospital, but he dies shortly after getting there (in a scene that would’ve been quite moving if the show hadn’t just remembered Luke’s existence a handful of episodes ago.)

Daryl gives Judith blood, and she briefly wakes up to hint at Rick’s survival, only to go unconscious again. They need to get her to Tomi (Ian Anthony Dale) and fast. But he’s in the Estates, and they’re in the lower wards, and there’s a whole lot of walkers between them. What’s the group to do? They fight and fight, pushing their way toward the exit as the dead pour in behind them.

Elsewhere, Princess (Paola Lazaro) and Max (Margot Bingham) rescue Mercer (Michael James Shaw) from his holding cell, and then a group consisting of Maggie (Lauren Cohan), Negan (Jeffrey Dean Morgan), Ezekiel (Khary Payton), Princess, Max, and Mercer unexpectedly reunites with Aaron (Ross Marquand) and Lydia (Cassady McClincy), who were in the horde. As a group, they rescue their friends trapped at the hospital, and thanks to Mercer’s connections, they’re able to get the ailing Judith to a doctor. As all of this is going on, Maggie and Negan continue their conversation about killing Pamela. Maggie tracks Negan down outside the house they’re all hiding in and demands he hand her the rifle he stole; he tells her he’s “doing this for [her].” He knows she can’t take Pamela out herself because it would mean she’d die, too, but he can do it. Unexpectedly, he issues Maggie a sincere apology. “I know that I probably owe you more than this, but I am so sorry for what I took from you and what I took from your son,” he says, his voice wobbling. Maggie doesn’t answer, but she snatches the rifle from him. “Are you coming?” she asks.

Across the Commonwealth, Rosita (Christian Serratos), Eugene (Josh McDermitt), and Gabriel (Seth Gilliam) managed to rescue Coco and a few other babies. They had a close call outside on the street, and Rosita fell into the horde. Thankfully, she was unharmed… or was she? Eugene talks to her after, telling her how he can’t wait for summer so that they can go to Oceanside and teach Coco to swim. Rosita peels back her shirt to reveal a bite mark on her back. “Stop,” she tells a crying Eugene, “it’s okay… I’m still right here.”

Judith wakes up after Tomi’s operation and apologizes for not telling Daryl about Rick before; she was scared that if he knew, he’d leave her, too. Gunshots ring out, and they all realize Pamela is shooting people who are climbing the walls into the Estates. The group decides to stop her together, and they go outside to save the people of the Commonwealth. Maggie and Negan, seeing their friends, decide they can’t shoot Pamela. And speaking of their friends, after an inspirational speech or two, Pamela relents and allows them to open the gates. The survivors pour through, including Elijah (Okea Eme-Akwari) and Jerry (Cooper Andrews). (Thank goodness Jerry made it.) Pamela nearly commits suicide via walker when she sees a zombified Hornsby (Josh Hamilton), but Judith stops her.

They all lure the walkers to one area in the Estates with loud music, and then, using gasoline dumped into the sewers and explosives, they dispatch the walker threat. The Commonwealth is saved! 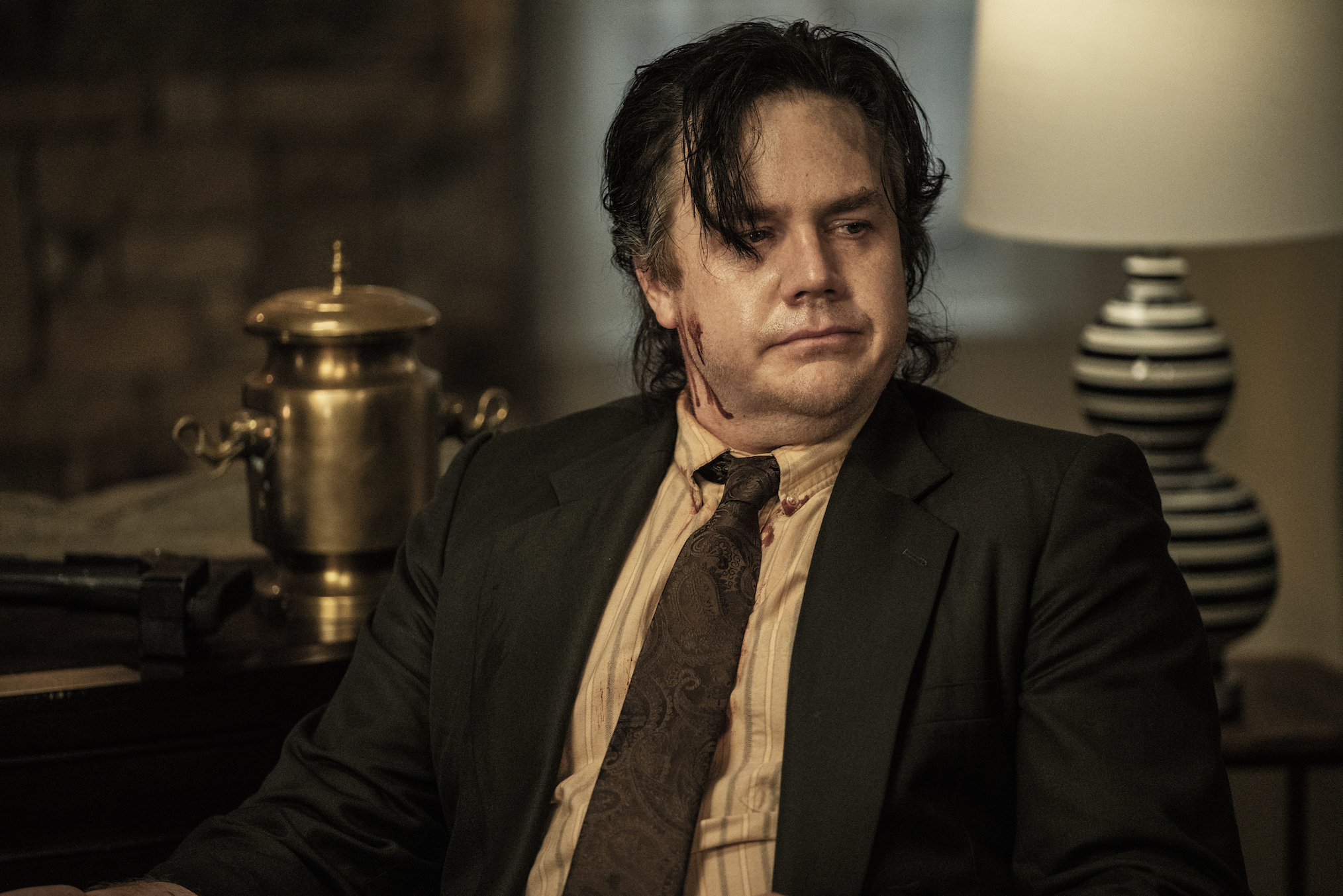 After, the group leaves Pamela in a cell and celebrates its victory with a lovely dinner. It’s perfect, except for one thing: Rosita is dying. It’s not obvious to everyone, but she knows it will be soon. She’s able to spend time with her daughter and Gabriel, and in the end, she’s holding Eugene’s hand as she closes her eyes for the final time. It’s heartbreaking, it’s peaceful, and Christian Serratos gives a fantastic performance.

Immediately following, there’s a one-year time jump at the Commonwealth. Ezekiel and Mercer have been elected governor and lieutenant governor, respectively, Eugene is married to Max and has a baby, and Daryl’s out exploring the frontier. We next head to Alexandria, where we catch up with Aaron, Father Gabriel, Jerry, and Carol, who has taken Hornsby’s job. Maggie asks Daryl and Carol (Melissa McBride) about the “world out there,” implying that she wants them to go out and see what’s going on beyond their communities.

Carol can’t go, however, so she and Daryl share a quiet moment by the river. He tells her he’s proud of her, and she, teary, calls him her “best friend.” Later, at the Commonwealth, Judith, RJ (Antony Azor), Ezekiel, and Carol see him off. He says goodbye to each of them in turn, leaving Carol for last. As she fixes his poncho, he tells her he loves her—and she smiles and says she loves him, too. Then he rides off on his motorcycle.

As an epilogue, we see Rick(!) and Michonne(!!) (Danai Gurira) writing letters. The message? They’re both still thinking about the people they love and the people they’ve lost. At first, it appears they’re sitting across from each other, but what we’re actually seeing is how the phone with the drawing of Michonne and Judith ended up on the boat. As Rick runs on a beach, a CRM helicopter tracks him down and tells him to stop running. He throws the backpack onto the boat and smiles. And Michonne, for her part, rides off on her horse. And as the episode ends, Judith and RJ stare out over the green valley. “We’re the ones who live,” she tells her brother, and thus ends The Walking Dead.