As reported by Variety, AMC Networks’ Sundance Now and AMC+ have picked up the exclusive U.S. rights to the series, while Amazon’s Prime Video has landed the drama in Canada. This comes ahead of the show’s U.K. debut, which will air on ITV’s forthcoming streaming service, ITVX, which launches this fall.

Written by George Kay (Lupin), the four-part series tells the real-life story of Alexander Litvinenko, a former Russian Federal Security Services and KGB officer, who was poisoned to death via polonium in November 2006. Litvinenko’s death triggered one of the most complex and dangerous investigations in the history of Britain’s Metropolitan Police.

Tennant will play the former KGB officer, while Margarita Levieva (The Deuce) will portray his fearless wife, Marina, who fought tirelessly to persuade the British Government to publicly name her husband’s killers and acknowledge the role of the Russian State in his murder.

“This fascinating, thought-provoking story would pique the interest of viewers globally at any point, but perhaps never more so than this current moment in time,” said Ruth Berry, MD of global distribution at ITV Studios (via Variety). “We’re immensely proud to play our part in shedding light on the circumstances surrounding Alexander Litvinenko’s death around the world.” 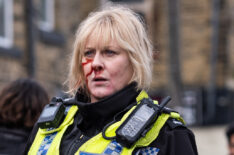 The series is directed by Jim Field Smith (Criminal), who also serves as an executive producer alongside Patrick Spence, Josephine Zapata Genetay, Lucy Bedford, George Kay, and Tennant. It is produced by ITV Studios and Tiger Aspect Productions.