Zack Estrin, a highly-regarded writer and producer who served as showrunner on Netflix‘s Lost in Space reboot, has died. He was 51.

The death was confirmed on Sunday, September 25, by Estrin’s longtime talent agency, WME. While details surrounding the death were not immediately confirmed, Variety reports that it is believed he suffered a form of cardiac arrest while jogging on the beach.

“Zack Estrin was our everything,” Estrin’s family said in a statement (via Variety). “The best husband, father, son and friend. He loved to make everyone happy. He loved to make everyone laugh. He loved being a writer/producer and being a part of creating these shows that people enjoyed. But above all, he loved his family and friends. Thank you all for being a part of his life and ours.”

Born in Woodland, California, and raised in Brooklyn, New York, Estrin began his career as a writer and producer on shows such as Charmed, Dawson’s Creek, and Tru Calling. He went on to serve as writer and producer on the hit Fox series Prison Break, where he worked for four seasons, ultimately rising to a co-executive producer role.

Following his work on Prison Break, Estrin produced three fantasy dramas for ABC, including The River (2011), Once Upon a Time in Wonderland (2013), and The Whispers (2014). More recently, he served as showrunner and executive producer on the Lost in Space reboot, which aired on Netflix for three seasons between 2018 and 2021. 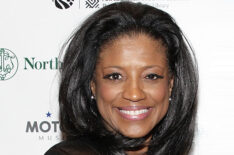 “What made [Estrin] a great showrunner is that he attracted the right people,” Prison Break showrunner Matt Olmstead told Variety. “Writers wanted to work with him, and give him their best. Executives liked him as much as writers assistants. He was a unifier. And that was a direct reflection of how kind, supportive, encouraging and optimistic he was.”

Once Upon a Time in Wonderland where to stream

The River where to stream

The Whispers where to stream

Once Upon a Time in Wonderland