Alone Season 9 came to a close on Thursday, August 4 on the History Channel. In Alone, 10 survivalists are dropped off in undisclosed, remote locations and equipped with just 10 survival tools, plus enough camera gear to self-document their experiences.

The survivalist who endures the longest, facing total isolation, punishing weather, and deadly predators, will win the $500,000 grand prize. With no camera crews and no gimmicks, Alone is the ultimate test of human will.

3 people remain and the season finale is TONIGHT… who will win? Tune in tonight at 9/8c, only on The HISTORY Channel. #AloneOnHistory pic.twitter.com/SYMF02tAJH

In the end, Juan Pablo Quiñonez came out victorious. Quiñonez is a survival specialist, outdoor professional, and wilderness first responder. He grew up in Guadalajara, Mexico and now lives in Pinawa, Manitoba. Going into Season 9, his History bio said he “loves adventure and is passionate about living off the land. He loves activities that push him to his maximum potential and test his own limits. He believes it’s important to practice and share the skills and wisdom of our hunter-gatherer ancestors, that strengthening a genuine connection to the land is key for resilience in these times of disruption and decline.”

Quiñonez put his skills and passion to the test, bringing ferro rod, paracord, a 2-quart pot, an ax, fishing line and hooks, a saw, a bow and arrows, a sleeping bag, trapping wire, and a multitool as his 10 items. He won the $500,000 on day 78 after Karie Lee Knoke, a wilderness/primitive skills instructor, voluntarily bowed out of the competition. Quiñonez’s partner, Jennifer, was brought to his campsite to tell him he won in the final moments of the episode.

Here, Quiñonez — the first Latino winner of Alone — talks about his experiences this season and what he’s been doing since filming ended.

What made you want to go on the series in the first place?

Juan Pablo Quiñonez: I’ve been thinking about this for years. I’m super into being in the wilderness and all of those survival skills. I’ve been doing lots of adventures that are similar to what Alone is about.

You said strengthening a genuine connection to the land was important to you. Do you feel this experience did that for you?

It reinforced many of the lessons I’ve been learning about nature and myself over the years, but I’d say more of a connection to myself. My body, my mind. To me, one of the gifts I got from that experience was realizing there is happiness in the struggle. That was a surprising one. It felt really nice to be so engaged with a challenge. 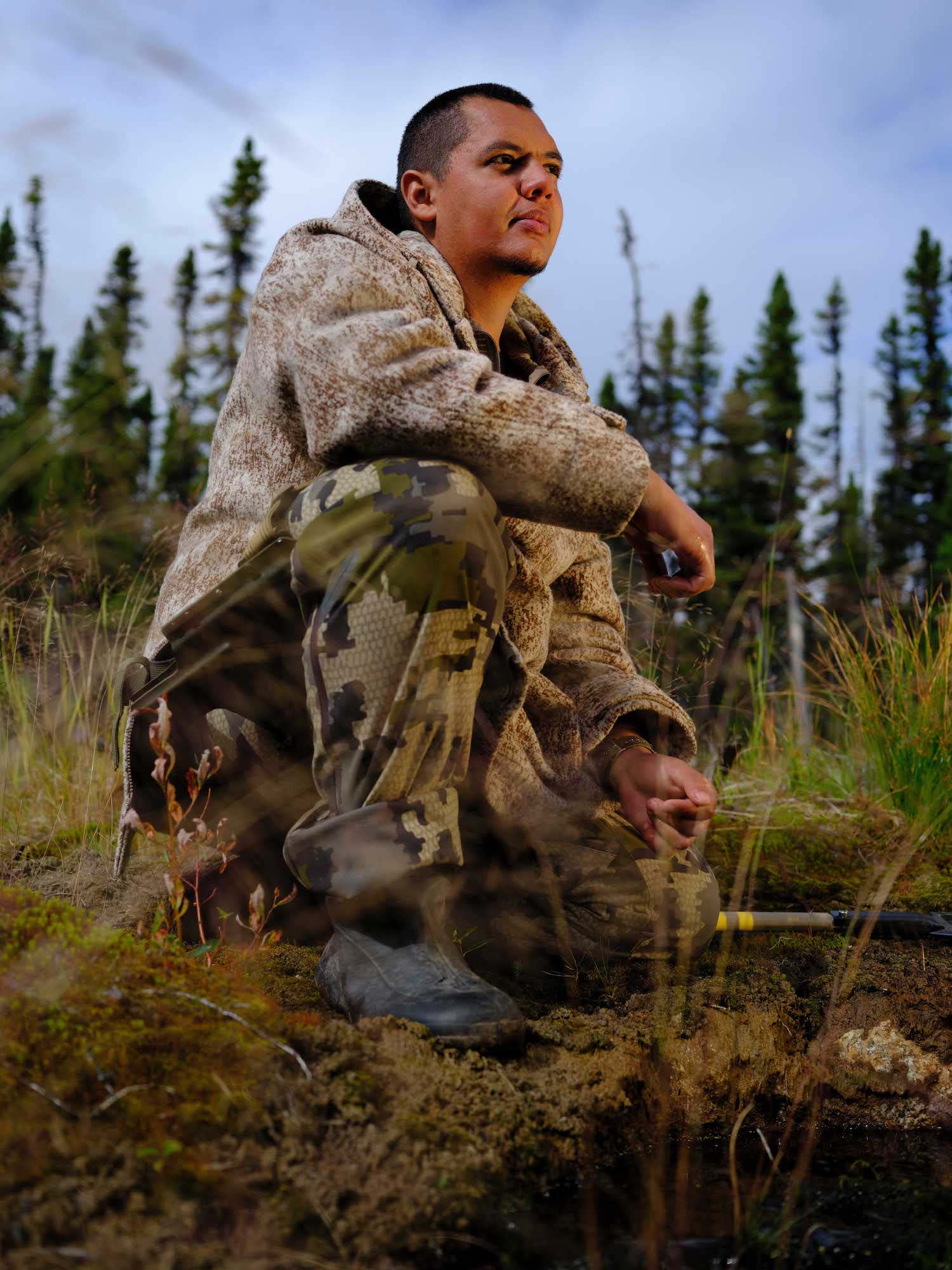 Can you describe the moment when you realized you won? What were you thinking, feeling?

First of all, it was a crazy morning. I was dehydrated that day; I had no idea they would be coming. Everything was very surprising to me, and it was super nice because I was hoping that, in the event that I won, my partner, Jennifer, would be with me. That was such a nice surprise. It was amazing.

What helped you get through your worst days throughout your 78 days?

I’ve written a book about survival called Thrive: Long-Term Wilderness Survival Guide, and I have all of these mental strategies. It’s funny, because over the years I’ve been collecting strategies to use in those situations, but I really did not use many of those strategies.

What were the most thrilling moments on the show?

I don’t know if this is in the show or not; I have not seen the finale. But spending so many days out there surviving, it takes a big toll on your body and mind. You’re stripped of your ego. I’m a very private individual. It’s funny, because I’m on a reality show with millions of viewers, but I’m super, super introverted, so that introverted-ness just fell off.

I remember once, because I was so worn down by being out there for so many days, I got confused because I thought I saw a polar bear nearby. That got me super excited, not afraid. Pretty much like a kid being excited about seeing a polar bear. I wanted to see one in the wild up close, but it ended up just being a piece of ice that got me so pumped, so hyped on adrenaline. That was a pretty exciting day for me [laughs].

After the adventure began, was there anything on your list of 10 items you wished you had replaced with something else?

What were the hardest moments for you this season?

Also, these challenges were brought on by myself, but I wanted to do a long fast, and to do one successfully I had to try to do the least amount of things possible that were not necessary. That was really hard just to be mentally constraining myself so much.

What are you most proud of?

Can you give an update on life since winning? Have you been able to start the homestead community you dreamed of building with the prize money?

The last few months I’ve been working like crazy finishing writing my book and publishing it. That was an intense period of my life for me. Now, I’m thinking of the next stage, and for me that means finding land and starting a homestead with my partner. Hopefully, we can make a cooperative community with other people in the future.