Where to Watch All Episodes of ‘Flowers in the Attic: The Origin’

In 1979 bestselling author V.C. Andrews introduced the world to the Foxworth family with Flowers in the Attic. This tragic story of lavish wealth, greed and the horrifying actions a grandmother, Olivia Foxworth, made to hide her daughter’s children would play out in seven additional novels that became a pop culture phenomenon, later spawning numerous film adaptations.

Watch a Life-Changing Moment in 'Flowers in the Attic: The Origin'

The backstory of the V.C. Andrews iconic book begins with the scene where innocent Olivia Winfield meets the too-good-to-be-true Malcolm Foxworth.

The four-part movie series started with “Part 1: The Marriage,” introducing us to Olivia Winfield (Rooper) as she gives up her career, her home and her name to become Mrs. Malcolm Foxworth (Irons), the wife of the nation’s richest man. When she arrives at her new home, Olivia soon realizes that life at Foxworth Hall is far from the fairy tale she imagined it would be and begins to question the choices that led her down this path of eventual destruction. Where to Watch Flowers in the Attic: The Origin

While Lifetime has no immediate plans for repeats, the network said the best way for linear TV viewers to watch (people with cable or satellite) is through their cable and/or satellite TV service’s video on-demand service.

You will need to sign in with your TV provider to watch.

The below prompt will appear, where you simple select your service and then follow the onscreen directions. If you don’t see your TV provider in the primary list, select “More TV Providers” for additional options. Please note, this option is not available for internet-only or phone plans. 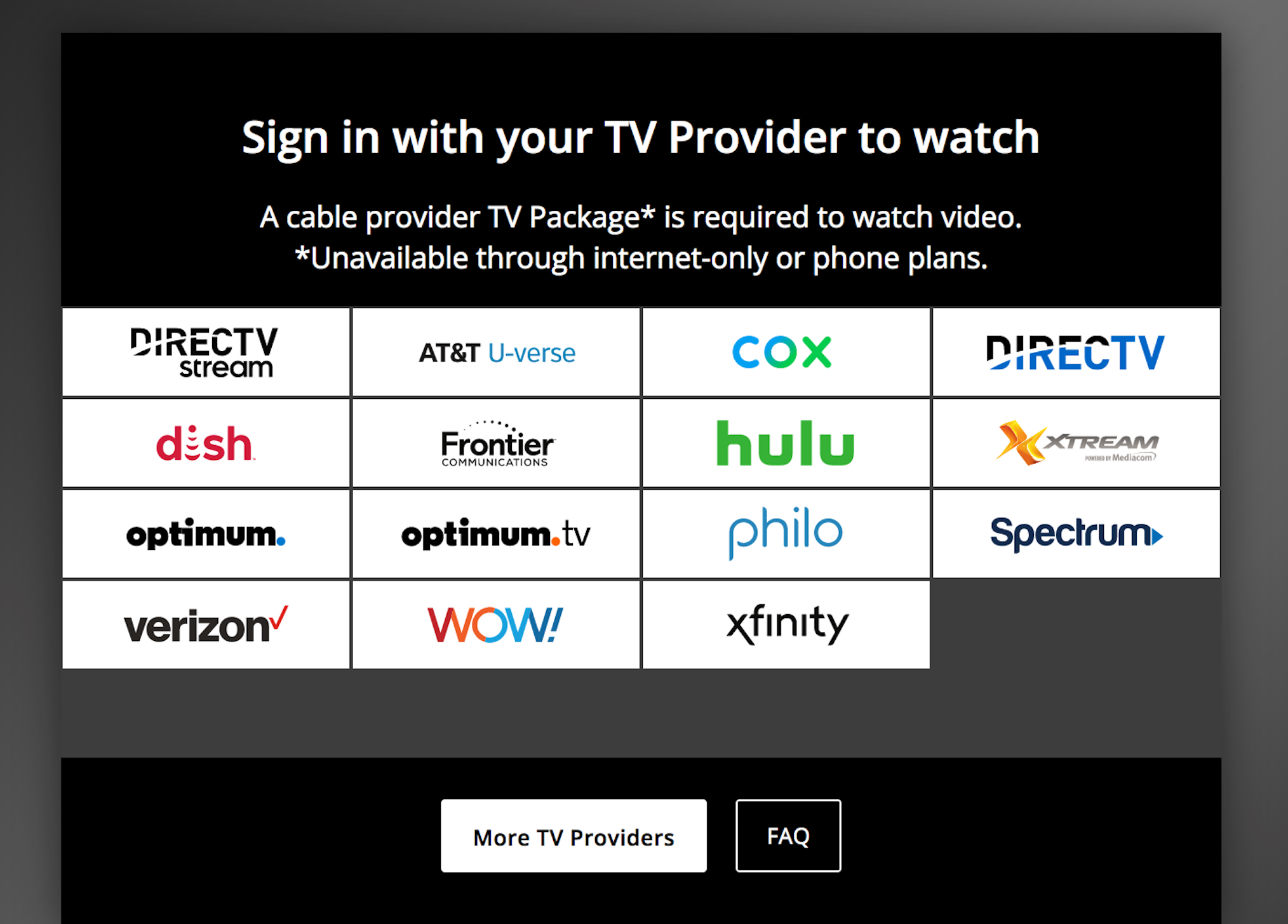 The show is also available for purchase on other streaming platforms, like Prime Video and Apple TV+. To see them all, click through to the collection of streaming sources our show page

Flowers in the Attic: The Origin where to stream

Flowers in the Attic: The Origin