Don’t Forget the Lyrics is back as Fox revives the game show format for its Monday night lineup and Niecy Nash is at the helm as host.

The actress who is taking the lead in ABC‘s upcoming drama spinoff The Rookie: Feds, is helping bring music into viewers’ lives as she guides contestants along their journey to winning big cash for knowing lyrics to familiar songs. “I was very, very excited to be a part of helping people recalibrate after the pandemic,” Nash tells TV Insider, noting one of the reasons she signed onto the series in the first place. 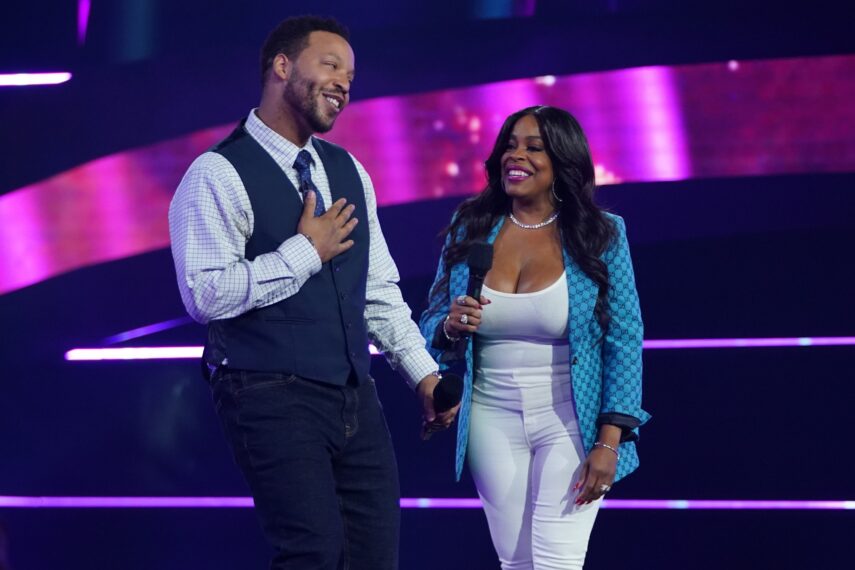 “The idea of helping people take home bags of money that was like, ‘Yes, please. And thank you,'” says Nash. While viewers at home might find themselves absent-mindedly singing along to the music, Nash says, “I’m married to a musician, so I know not to sing along. I know to be quiet and let them do what they do,” shares Nash who credits her wife Jessica Betts with helping support her on the sidelines.

While the host says, “I love meeting people,” and that she appreciates a good challenge, one thing she enjoyed most was, “I got to go to work every day with my better half. I loved having the support, [and having] somebody who knows me outside of that show there.” Competitors will certainly need all of the help they can get as they aim to win the $1 million grand prize by remembering the lyrics to songs they pick from randomly selected categories. “I think the biggest surprise is that the more you watch as a viewer, the more you think you’re prepared,” Nash says, “the more you find out you don’t know.” The stakes are high because a single slip-up could send you packing. “It’s not ‘get close to the lyrics.’ It’s ‘don’t forget the actual lyrics,'” Nash iterates.

While she may be free from the pressures contestants have, Nash admits that she’d have some trouble if she found herself in the competitors’ position. “My biggest challenge would definitely be rock,” she says of the genre. “I don’t know a lot of rock songs, not all the way through. With rock songs, you only know the chorus.” Thankfully, it’s up to the contestants to take on that task. Don’t miss it as everyday competitors take a shot at filling in the blanks on Fox’s Don’t Forget the Lyrics.