[Warning: The below contains MAJOR spoilers for The Masked Singer Season 7 finale.]

Another winner has been crowned on The Masked Singer.

The Season 7 finale saw the top 3 — all Team Good — take to the stage for the final times, and in the end, the winner was Firefly, revealed to be singer-songwriter Teyana Taylor. Coming in second was Ringmaster, The Goldbergs‘ Hayley Orrantia, and third was Prince, Call Me Kat‘s Cheyenne Jackson. TV Insider spoke with Orrantia and Jackson about their time on the show.

The identity of Ringmaster was one that fooled all the panelists, even though Ken Jeong seemed to be getting close with his “Hailee … Steinfeld” guess. “I absolutely [thought he’d figured it out],” Orrantia says. She’d also expected Nicole Scherzinger to maybe know since the panelist had been a judge on the X Factor season she’d been on and brought up a former contestant from that show, but it was Zara Larsson. “Thankfully they did not figure it out,” she adds. And her Goldbergs castmates didn’t guess, either, she shares.

Meanwhile, Scherzinger did guess Jackson in the end, and he’d actually been hoping that someone would figure him out “for my ego,” he admits, “but it would make sense they didn’t just because I’m not primarily known as a singer first, but once they started getting closer and closer and naming all of my peers and my real-life friends — Ben Platt and Matt Bomer and stuff — I was like, ‘You’re very close!’ I could tell Nicole was circling.”

Robin Thicke actually guest starred on Call Me Kat this season, but they weren’t able to speak about Jackson’s time on The Masked Singer — filmed before it — because “we had to be so stealth about it.” Only a handful of producers and Mayim Bialik knew he was doing the singing competition. In fact, his costar Leslie Jordan was a guest panelist — not for one of Jackson’s episodes — and “after he did it, he came up to me and said, ‘you should definitely do The Masked Singer. I think you would do great on it.’ I’m like, ‘Oh my gosh, if you only knew. I’m doing it right now!’” When it came to their costumes, both loved the results, though each presented their challenges. “I feel like I got really lucky. What I was drawn to was just how massive the skirt was. It looked like so much fun. But also I was able to move around better than the average person in certain costumes,” Orrantia explains. “The top was a little bit tighter so it was like wearing a regular jacket, and the bottom, even though the skirt was really wide, there was this opening that you could see the legs. It gave me shape still, so I loved that, and also the cat head. I actually just got a cat four months ago and I’m obsessed with her.”

However, there were some balance issues when it came to the top hat — “I did have to get used to how far I would move one way or the other”— and the skirt — “underneath it was a lot of PVC piping which allowed me to have this bouncing element” — The Goldbergs star shares. In fact, it was that last bit that led to her “tripping just a little bit, but I don’t think anyone saw” in her final performance, of Katy Perry’s “Waking Up in Vegas.”

For Jackson, while he had some ideas in mind, the designers’ “pictures and renderings were so beautiful and elaborate, I just thought that’s better than what I could come up with,” he says, adding that he liked the backstory and while “he was a prince, you could feel his heart and relatability and kindness.” But for him, the challenges came in the heavy head, the three-toed gloves that made holding a microphone difficult, and the feet, which he wore in rehearsal to get used to them. “I kept ripping my own toes off by stepping on them because I couldn’t see,” Jackson shares. “They kept having to glue my toes back on. Finally, I figured out a way to walk and not rip my own toes off. You do what you gotta do.”

For Orrantia, what she enjoyed about the show was that people may not realize that she’s been singing her entire life, even though her Goldbergs character does. “I just wanted to be able to get on stage and sing songs that have really shaped me and who I am as an artist and also it just looked like a lot of ridiculous fun,” she explains, naming her last one as her favorite, even though “that song was not one I originally thought to perform, it was suggested to me.”

The fun was the appeal for Jackson, too. “I didn’t do this show to win, I just did it to have fun and do something fun for my kids to see. When I was going further and further, by the time I was in the finale, I was like, OK, that’s winning to me.” His kids also influenced his favorite performance: Ricky Martin’s “La Copa de la Vida.” It’s one that his kids sing and dance to all the time. It was such an “outrageous” production, “I was like, if I can do this, then anything else we do after this is going to be cake,” he says. “Also, Ricky Martin is a friend in real life and I told him that I was doing the show and I was singing his song, and he loved it and he said I nailed it.” But network wishes one thing had been different.

Jackson also spoke to another friend, Jewel, whom he met on I Can See Your Voice about her time on The Masked Singer (she won in Season 4 as the Sun). “She was so kind and generous and gave me lots of things to think about and the number one thing was to pick songs that really mean something to you and to have fun,” he shares. 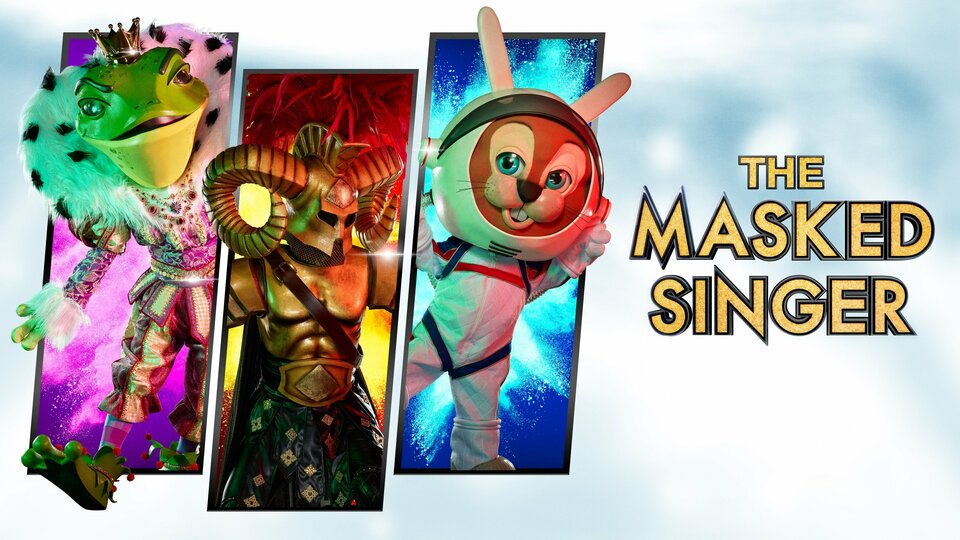