Ten Percent, a dry, witty, and very British remake of the French comedy Call My Agent, follows a group of London talent agents at an elite company representing A-listers (stars like Helena Bonham Carter and Dominic West play versions of themselves).

But the agents aren’t always, shall we say, truthful. That frequently means trouble for Jonathan (Jack Davenport, The Morning Show), the jaded son of savvy co-founder Richard Nightingale (Jim Broadbent). “Jonathan’s techniques, ‘information management,’ bite him on the bum a few times, that’s for sure,” Davenport says with a laugh.

The elder Nightingale’s original partner in crime is smart Stella Hart (Maggie Steed, Elizabeth Is Missing). Steed says of the business, “We started off with very high ideals. A lot of that’s been lopped off. At the center of it, we’re highly principled – as much as we can be in this ridiculous business.” Quirky personality traits add to the fun of watching these characters navigate their careers. Dan Bala (Prasanna Puwanarajah, Patrick Melrose) smiles as he describes the tension between Dan’s disposition and his job: “He’s massively conflict-adverse at work, which is not a great quality to have as an agent.”

His best friend at work is his polar opposite, Rebecca Fox (Lydia Leonard, Last Christmas). Like all the characters, she has challenges in her personal life as well — and perhaps experiences the biggest change of heart. Leonard says, “She’s incredibly ambitious, ruthless maybe. Throughout the course of the series, you see her become more vulnerable.” 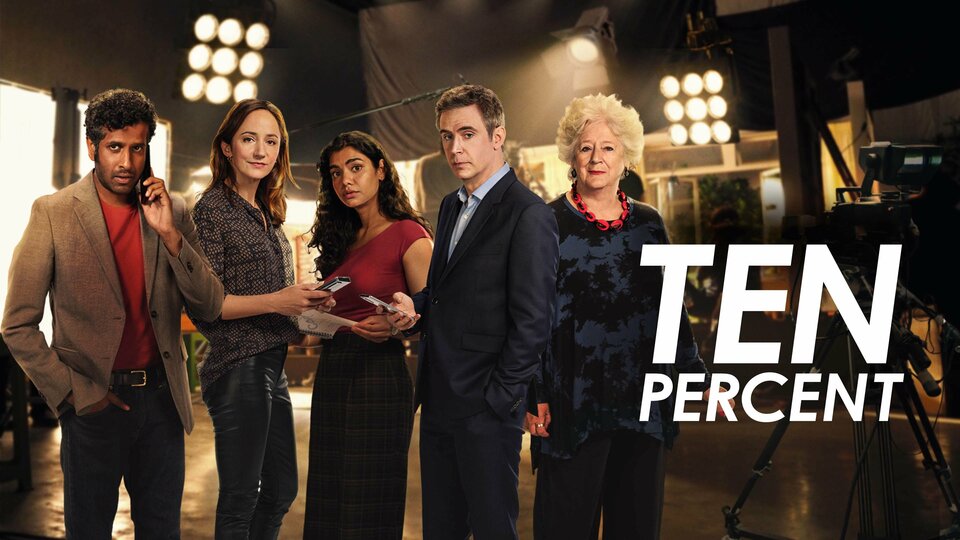 Ten Percent where to stream