If you’ve been watching the second season of Netflix’s addictive sci-fi drama Raising Dion, you may have been surprised when Pat Rollins (Jason Ritter) showed up. After the first season, once Pat was free of the “Crooked energy”—the evil energy that comes when the Crooked Man inhabits a body—it seemed he could’ve easily disappeared.

When we grabbed time with Ritter to talk about the show’s second season, he said he hadn’t been sure of a return either, but said that Pat has a lot of work to do now that he’s back. “He burned some bridges, certainly,” the actor says. Is There Romance Ahead for Nicole in 'Raising Dion'? (VIDEO)

How much time has passed since Season 1 of Netflix's sci-fi series? Who (or what) is the Big Bad in Season 2? All your answers here!

During his chat with TV Insider, Ritter talked about Pat’s messy look when we first see him again, whether he’s going to be able to get anyone to heed his warnings that the Crooked energy is still a threat, and how things are different between his character and Alisha Wainwright‘s Nicole moving forward. Bonus: He gave us his personal go-to TV picks when he needs a little science fiction in his life.

When we first do see Pat, he looks like he’s had it rough. Can you talk about what he’s gone through? The guy could use a haircut, for sure!

Jason Ritter: Yes, he certainly could, and I will say that there were absolutely no special effects for that. That was Jason post-pandemic. I just decided, well, let’s let it all grow.

I actually had no idea it was that crazy. When I watched the episode, I turned to Melanie [Lynskey, Ritter’s wife] and said, “Is that what I really look like?” She’s like, “Mm-hmm. Yep!”

But Pat, he wakes up in this field, and I think he has memories of everything that happened. He knows that he’s probably persona non grata in his old circle, so he just walks away and tries to keep his head down and start over. He feels lucky that he has a second chance. And the decision he makes to come back to try to help is unintentional because he knows he’s going to face a lot of questions and a lot of anger and hurt. He did some very bad things.

And, of course, not many people want to believe Pat, do they?

That’s one of the problems that arises for people who lie a lot and who lie comfortably. It’s hard to believe them when they go, “OK, now I’m talking truth.” You really have to inch your way back. You realize how fragile trust is and how hard it is to build up. Someone can give you trust initially, but once it’s broken, it’s a real beast to try to get it all back.

Is Pat normal now? Are there aftereffects from what he went through with Crooked Man?

The interesting thing about Pat and the Crooked Man is that it wasn’t as if Pat was some perfect guy and then the Crooked energy made him awful. Certainly, he did a lot of things to feed that energy, but Pat has a lot of his own issues and anger and a bit of a superiority complex. How much of those character flaws were the Crooked energy poisoning him, or how much of that is just Pat, who always was a little bit jealous of his friend, Mark Warren [Michael B. Jordan]? And how many unrequited crushes has he had? How twisted has that made him? When he and Nicole come face to face for the first time, it’s a really intense scene. Can you talk about a day like that, shooting?

That was a real ride because in the first season, Alisha and I had so much fun together, as well as Ja’Siah [Young, aka Dion]. Alisha and I still enjoy working with each other, but now here we are in this situation. Already the vibe was completely different, just by virtue of me being in a glass cage for quite a lot of scenes. By the time Nicole finds out about Pat, we didn’t have too many scenes together. We had one or two, but it was very panicked, and Pat is in a heightened mode of desperation. There wasn’t really a calm moment to talk about all of this stuff.

Luckily, Dennis Liu, who is the creator of Raising Dion comic and all these characters, was directing these episodes, and we had a bunch of great conversations about what this is like for each of these people. Nicole, initially, is like, “Well, the first step that I need in order to even have a conversation is, is he safe? Am I safe even talking to him? Is he going to be in that box for as long as I want him to be in that box? If that’s forever, then that’s what I am asking for.” It’s a real tentative dance that we do.

You’ve done a little of everything in your career, but sci-fi has definitely been in there throughout. What’s your favorite go-to sci-fi show, either as a kid or now?

Oh, man. When I was a kid, there was a Sunday watch of The X-Files every time. I mean, I also grew up watching lots of Twilight Zones. I’ve always loved sci-fi that also has that Twilight Zone-y twist. Not that they all have twists but where something unexpected comes, or you never thought about a specific thing in that way before, I love catching those messages and thoughts in the world of heightened genre things. It just feels like it’s bigger than life. 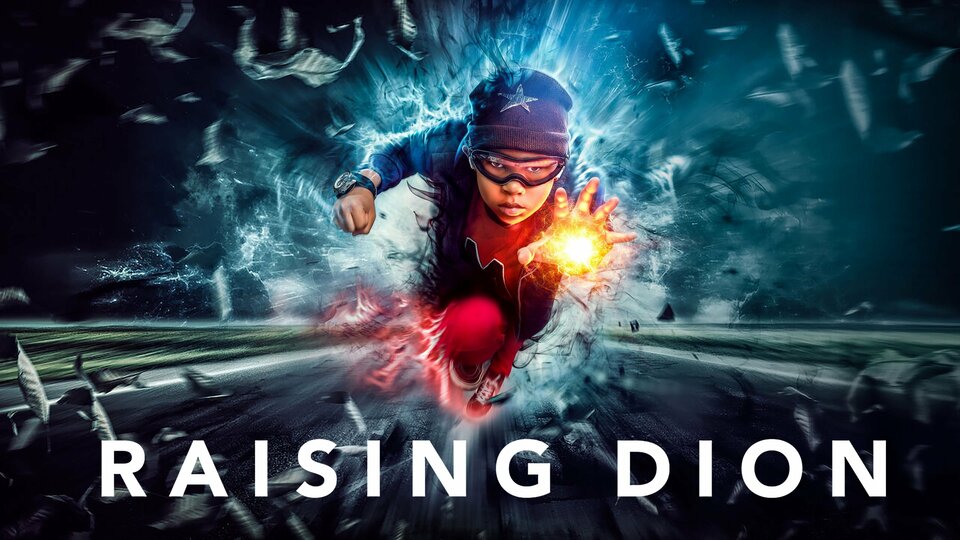