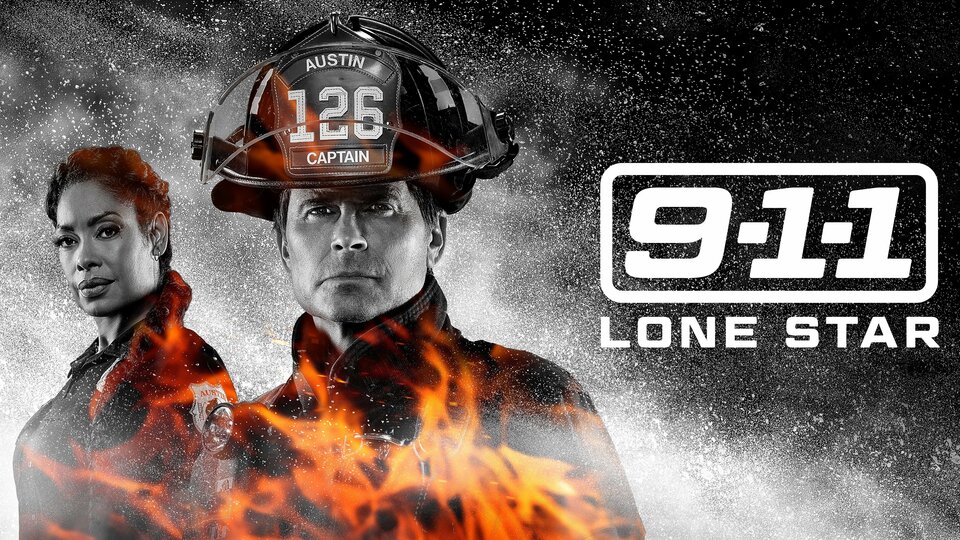 And in the third part of the story, paramedic T.K. Strand remains in a coma, and the doctor warns they could lose him. “If he’s got nine lives, he’s used up most of them, that’s for sure,” Ronen Rubinstein says of his character. (This isn’t his first time in the hospital.) But T.K. does spend time with his mom, Gwyn (Lisa Edelstein), in a dreamlike world. Also concerning: 9-1-1 dispatcher, Grace (Sierra McClain), in labor, stuck out in the storm, and with only Deputy Chief Billy Tyson (Billy Burke), the 126’s arch-nemesis, at her side.

Rubinstein teases what’s ahead and talks about Tarlos’ relationship in Season 3.

The doctor doesn’t seem optimistic about T.K.’s condition. What’s next?

If we put two and two together and we’ve been paying attention to me being on set, I think it’s safe to say that T.K. does not die, luckily, but that’s not to say that this most recent incident is not gonna affect him mentally and physically. Our showrunner, the brilliant Tim [Minear], said that we’re not just gonna fly by these sort of incidents anymore and we’re actually gonna let them live and let them breathe. There’s definitely gonna be some lingering effects mentally and physically.

Episode 4, he’s very much not out of the woods just yet. There’s gonna be a lot of suffering for him and we might see more of his sort of dreamworld with his mom, Gwyn, and we’ll get to learn more of why he is in that dreamworld with her and what exactly that means and what metaphor it shows ’cause it definitely shows something that we’ll learn later on.

Tim told me that T.K.’s going to learn something about himself that will affect everyone around him. What can you tease?

We’ll definitely learn why T.K. and Carlos [Rafael Silva] broke up. That’s a big part of it. We might get some more clarity about that in episode 4. We’ll get to learn a lot more about what his mom truly means to him and we’ll get to see probably the most in-depth view of their relationship. We’ll see truly how close they are and how much she means to him. We’ve very much followed the storyline of T.K. and his dad [Rob Lowe’s Owen] and now we get to finally follow the story of T.K. and his mom, and it’s a really beautiful, special relationship. The scenes with Lisa are honestly some of my favorite stuff I’ve ever shot, especially because it’s a dream sequence, so you can get kind of creative and unorthodox with [that]. Visually it’s different than anything we’ve ever shot. The lighting is very dreamlike and really beautiful and saturated and there’s really awkward camera angles, a lot of it is tilted off its axis, and there’s a lot of sort of awkward, crooked, in your face shots, which I always love.

In episode 4 with the dream sequences we’ll get a bit more clarity about what’s going on in in reality. I would say pay close attention to what we’re talking about ’cause we’ll definitely visit that later on in the season.

Speaking of the breakup, how’s T.K. feeling about Carlos?

It’s interesting because we get to see a side of T.K. that’s more closed off. Usually he is very open and we know a lot about him and he very much wears his heart in sleeve and lets his emotions pour out, and I think for the first time in three seasons, we get to see a closed off T.K., not wanting to talk about what’s going on. We will learn a lot more in episode 4.

What else is ahead for T.K. and Carlos? Should fans be worried about them dating other people?

Oh no, I don’t think we’d ever do that to that relationship. I’m gonna echo what Tim said: He loves focusing on storylines where we’re bringing people back together. It’s why he broke us up offscreen, because he wanted to see the road back. I think the road back is sometimes more interesting than the initial breakup or the heartbreak. We get to watch the really difficult road for Tarlos and I’m optimistic that things are gonna work out, but it’s a question of how is it gonna happen, when is it gonna happen, and why did they break up? I’ve been seeing a lot of polls on Twitter and Instagram and like 98% of people think T.K. broke up with Carlos. We’ll see if they’re right or wrong in episode 4. [For] someone like T.K., who’s had tremendous heartbreak and trauma, we’ll see what that does to their relationship, if they do get back together. We’ll see if it’s gonna be smooth and then it will be bumpy again or if it’ll be bumpy the whole time. I think Tim is gonna really keep us on our toes with Tarlos going forward. … I always will hope for a happy ending for them. But we never know, and I’m always nervous every time I get a new script because anything could happen in the show.

How does T.K. feel about marriage?

That’s the thing. First time we meet T.K., his heart gets broken literally when he’s about to propose to his partner who he thought he was gonna spend the rest of his life with. So I think marriage is tricky, especially because he comes from a house of divorced parents. Stable marriage is not really predominant in his life, so he probably is not too excited about it. But if Carlos is truly his person — which in my heart, I think he is, and I know everybody hopes that he is — maybe that’s the person that could change his mind about that. That’s the other thing: if and when that happens, who knows when? I was very convinced it would happen this season, but there’s so many crazy things that have happened so far, and we’re only up to episode 3. I feel so bad for the audience considering what we have in the near future for the show. It’s a crazy season.

We haven’t even seen T.K. and Owen talking because of this ice storm.

Yeah, the only thing we’ve seen of T.K. and Owen is that still that was released that I posted, and it’s Owen by his son’s bedside while he’s in a coma again. That’s an awful thing for a parent to experience and no parent should experience it multiple times. Even once, it’s too much, but he’s experienced it so many times, so it’s probably going to destroy Owen and we’ll really get to see what that does to their relationship. They really like to hurt T.K. I guess I’m flattered, but also, I’m very nervous.

What can you say about the journey back to the 126?

The 126 is very much like a character as well, and we get to see the journey of what’s gonna happen with the firehouse. Again, we’ll learn much more in episode 4. We’ll get a lot of clarity regarding a lot of storylines in episode 4. [That’s] a really big one for answering people’s questions. It’s so cool that it lasted four episodes. I revealed this in an Instagram Live that I did with Brian [Michael Smith] and Julian [Works]: We had such incredible footage and so much amazing storyline that the studio asked for even more footage, even more scenes. And we actually got to spread the first three episodes into four episodes and that’s sort of the greatest compliment ever to hear that from the studio and the network, for them to ask for even more stuff.

This ice storm is putting everyone in danger. Grace is in labor and stuck with Billy.

That whole storyline is insane too. And it’s gonna be really interesting to see Billy and Grace interact. It’s such a crucial and stressful moment. It seems like they’re putting everyone in the position to want to punch Billy though, just like Owen last season.

But Billy will surprise you.

What else is ahead for T.K.?

There’s an episode later on in the season that’s the most insane, fulfilling work of my entire career. I was so, so blessed by Tim and the writers to have that kind of episode coming up. We’ll see a side of T.K. that we have never seen and we’ll get to learn so much about him. It’s gonna be something else to say the least.

Are you talking emotional scenes or a crazy rescue of some sort?

It’s definitely the most intense physically and emotionally work I’ve ever done, especially as T.K.