Epic. That’s the only way to describe creator and executive producer Taylor Sheridan’s prequel to his smash-hit contemporary Western Yellowstone, which stars Kevin Costner as John Dutton, the patriarch of a wealthy cattle ranching family. The supersized story of 1883 chronicles the dynasty’s humble beginnings: their ancestors’ arduous journey, along with a wagon train of others, from Fort Worth, Texas, to the wilds of Montana, in hopes of a fresh start. They’re not unlike their characters, Glasser continues: “The Duttons are very much in love. It’s a marriage of equals. [They’re] determined to find a better life for their family. That’s why they’re traveling in the harshest conditions. Margaret is as strong and tough as they come.”

She needs to be as they undertake the migration with their young son John (Audie Rick) and their 18-year-old daughter Elsa (Isabel May), who narrates the story. “There is a unique pureness and honesty in her perspective. Elsa begins the trek naive and thirsty for new experiences,” May says of her character, who finds love and also suffers devastating loss on the journey. “She becomes rebellious with no intention of being rebellious. She just gets lost in her excitement and curiosity.”

Seeing the world through Elsa’s eyes is “a turn on Westerns we’ve seen,” Glasser says. Indeed, this Old West tale hits new territory, delving into multiple points of view beyond that of the protective father holding the wagon reins. Take Brennan’s co-guide and fellow Civil War vet, a former slave, Thomas (LaMonica Garrett). In this genre, “Black cowboys had largely been hidden. I wanted to embrace everything about [them],” says Garrett. Also woven into stories of the pioneers are those of the Indigenous people, including one played by Westworld’s Martin Sensmeier. (Glasser says tribal leaders from the Comanche and the Lakota nations advised on the production.)

Pulling off a show of this scale took a small army. With extras and crew combined, the number of people on set sometimes swelled to 500. Most of the costumes, weapons and props were built just for the show, including the 30-plus covered wagons. (McGraw and Glasser took bets on how long they personally could have lasted traveling in them.)

Before filming, all cast members, directors and producers went to “cowboy camp,” where they bonded while getting lessons in riding, roping, cattle wrangling, pistol firing and more. That toughening up was a good thing. Shooting the series, which takes place outdoors most of the time, started last August in 100-plus-degree heat in Texas and continues in Montana, where it has snowed and hit zero. Get a sneak peek at the upcoming series starring Sam Elliott, Tim McGraw, and Faith Hill.

But everyone involved knows the real pioneers faced worse conditions. “You think of the thousands and thousands of people that crossed. The things they suffered,” Elliott says. Sometimes they face problems the law can decide—at one point the Duttons get help from Marshal Jim Courtright (Billy Bob Thornton, one of many “incredible A-list pop-up guest stars that will blow everybody’s minds,” Glasser says). But often they’re up against the harsh terrain, the elements and disease.

Ultimately, Glasser calls 1883 “a postcard to America, the beauty of this country and a journey to make a better life.” It also explains a lot about why the Duttons of Yellowstone are willing to kill to defend their land and maintain their legacy. 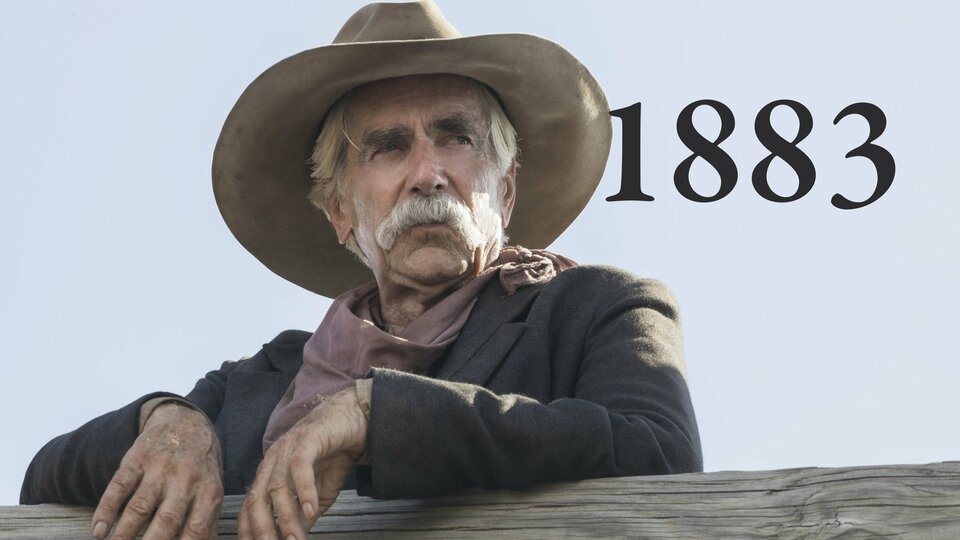