Viewers familiar with films like Cabin Fever or Hostel know that director Eli Roth has a knack for horror. Now, he is taking his unique creative vision into two new series as a part of streamer Discovery+’s “Ghostober” programming block. First, there’s The Haunted Museum, an anthology series currently streaming where Roth tells the stories behind some of the creepiest and cursed artifacts housed in the Las Vegas museum owned by Ghost Adventures‘ star Zak Bagans.

And coming up is Eli Roth Presents: A Ghost Ruined My Life, a series that sees real-life survivors recounting the harrowing experiences that put them through a living hell. Each episode features cinematic interpretations under the direction of Roth and his production team. Here, the busy filmmaker and History of Horror host delves into the making of his two terrifying projects.

How do you feel A Ghost Ruined My Life challenged you?

Eli Roth: The challenge is to keep it as true and honest as possible, while still making compelling stories. As a filmmaker, you’ll find a subject that interests you and try to find the most compelling way in. In this case, we put out a call to people who went through this crazy experience that is almost inexplicable — and try to tell their story as honestly and realistically as possible. One of the reasons I made this show was to help people find others who had been through an experience like this. One of the common things I realized was that people were embarrassed this happened to them. You realize that this entity is targeting them, and anyone they tell, their first reaction is, “You’re crazy.” It starts ruining relationships. They start losing their jobs because of it. They get into these very difficult relationships with their children because the entity will often target and befriend the child and turn them against the parent.

How did you ease their apprehension and get them to open up?

We had an amazing team of producers and directors. When we put the casting notice out there, the response was overwhelming. People were really ready to tell everyone about this. They were actually quite relieved that there was a film crew to put it into a story format. It’s a story they’ve had to tell over and over. To have it in one definitive format, where everyone could understand what they went through, was a real relief for them. These moments are sure to have you spooked this Halloween.

How did these two projects compare to your previous work?

I spent five years making [2021 documentary film on Discovery+] Fin. You’re telling the truth of people’s lives, but also finding the story. [I thought] how do I make this compelling and bring an outsider who might not care about the horrible slaughter of sharks to care about the subject matter? That got me thinking in the documentary format. One of the two guiding principles of The Haunted Museum and A Ghost Ruined My Life is trying to tell the story as authentically as possible. It was editing the story to fit this format.

These are all essentially mini-movies. Tell me about putting them together while maintaining such a high-quality standard.

The full credit goes to my partners at Cream Productions in Toronto. We had fantastic producers. We were able to attract some great up-and-coming filmmakers for both shows. An incredible wave of new directors was so hungry to take the limitations and still make it absolutely terrifying. You find new actors and non-union actors. Horror for me is most exciting when it’s new faces. I don’t need to see a star in a horror film. I believe it’s real when I’m watching it happen to really terrific actors. In A Ghost Ruined My Life, I liked to see who the directors wanted to cast as the movie version of the real person. They all just went for it. Why can’t we have another The Twilight Zone or Night Gallery? Why can’t we have another show that is the benchmark for how terrifying television can be?

How was it collaborating with Zak?

Zak is fantastic. The two of us have a great deal of respect for one another. Everything he has done in the television space and he has respect for what I’ve done in the feature film, narrative world. He really trusts me and I really trust him. I think both shows are the real deal. In The Haunted Museum, we show you the object and tell the story and if you want to go into a room, you can dare yourself to go face-to-face with this thing. With A Ghost Ruined, My Life here is the real people. These are supernatural, paranormal, terrifying stories. Have you been to the museum?

I haven’t. COVID shut it down and I’ve been stuck in Europe. I’m excited to go. Zak and I actually met in Vegas when he came to my haunted house called the Goretorium. We really got along. We were going to shoot a whole episode there but didn’t because of COVID and logistics. If we’re lucky enough to do a Season 2, I definitely want to go there and film.

Which direction do you see the horror genre headed in at this moment in time?

I think horror is really pushing the envelope in the streaming world. What I think streaming is doing is leveling the playing field worldwide. The show everyone is talking about right now is Squid Game. Everyone is staying it’s like Battle Royale out of Korea. What’s great about horror is, everyone gives it a chance. People are now saying The Haunted Museum is the most terrifying anthology horror show they’ve seen. Legitimately, the scariest television they’ve watched. Hopefully, we get a similar response with A Ghost Ruined My Life. What’s great about horror is it grows stronger every year. October has really become this month-long celebration of Halloween. People love it. It’s the way wrestling came into its own in the 1990s. Everyone was unembarrassed about loving it anymore. Horror has finally reached that point. 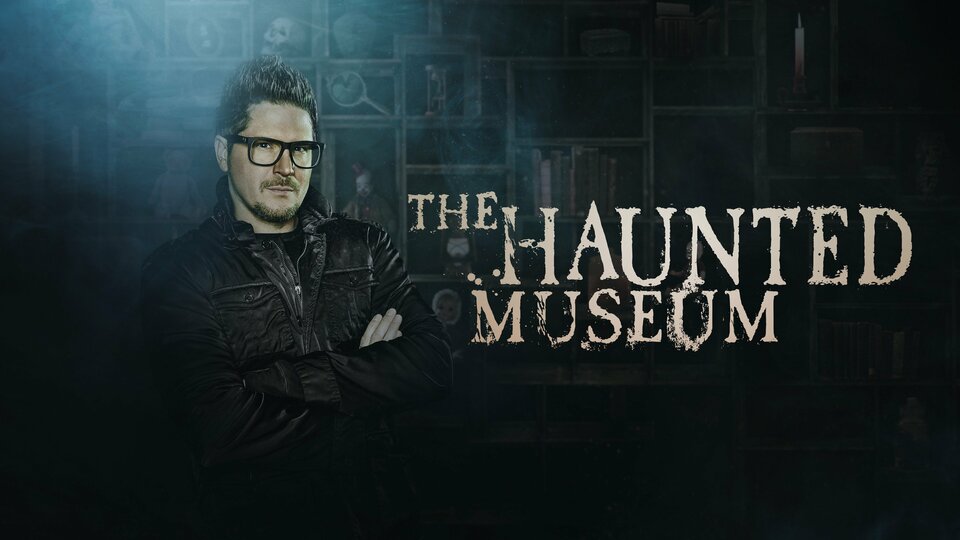 The Haunted Museum where to stream