The adventurers investigated a city hospital that was opened in 1908 but shut down in 1987 after reports of patient abuse. The spirits apparently didn’t appreciate Bagans and gang snooping around, and Bagans was reportedly hit in the face by a coat hanger while doing a nightly tour.

Continuing in the theme of physical proof by way of flying objects, Bagans was struck once again at the Goldfield Hotel when encouraging a spirit to re-enact “the flying brick.” Bagans and crew replay the trajectory of the rock that hit him in the torso while canvassing a hallway for ghosts.

For a Ghost Adventures Halloween special two-part episode, the crew calls the police after seeing shadowy figures at a cemetery. The team investigate the DeSoto Hotel and Goatman’s Bridge, but the hotel proves the creepiest: an unseen force throws a ceiling fan and lights turn on by themselves.

The crew checks out the home of Dorothea Puente after a resident claims she interacted with the spirit of the elderly serial killer. Bagans claims to have found potential evidence of still-unknown victims by the Sacramento murderer, but the biggest reveal of the episode is the GIF-worthy comparison to Pee-Wee’s Big Adventure.

This vintage season 1 Ghost Adventures takes Bagans and crew to Scotland to check out one of the world’s most haunted destinations. Bagans offers a stuffed teddy bear to a spirit supposedly named Jack, and the crew captures night camera footage of the teddy bear mysteriously moving by itself with audio of an “unexplained children’s voice.”

The team travels to New Mexico to investigate the Castaneda Hotel, a tourist hotspot from 1898 to the late 1940s. Bagans is the first paranormal expert allowed on the premises of the hotel, and the location’s long history of guest suicides and a bellboy’s murder-suicide on the premises has led to the once-famed hotel now sitting abandoned. Visitors recount seeing a woman with long hair wearing a white dress floating above the staircase, and the episode even extends to another nearby venue to further trace the dense haunted history behind this ill-fated inn.

The 2019 Ghost Adventures season premiere featured the 1886 Crescent Hotel and Spa in Eureka Springs, Arkansas. Once a “health resort” for cancer patients by fraud physician and radio personality Norman Baker, the historic site is alleged to be a “portal to the other side,” as a local medium claims. Bagans chose to investigate after jars of human body parts and removed tumors were uncovered onsite by authorities in April. In the episode, host Bagans comes to terms with his father’s own passing of cancer amidst the eerie cries for help recorded on their monitors.

This heartbreaking episode features Bagans and his band of investigators visiting an inn that formerly was the Idaho Sate Tuberculosis Hospital. Bagans researches the deaths of ill patients that might be lurking the halls, yet it’s the inn’s current owners who have the deepest connection to the main spirit: both of their children passed away, and their mother believes her disabled son is trying to make contact. After Bagan’s crew records grunts, flashing lights, and piercing screams, it seems the grieving parent is right. “We felt you. You need to come out and show them what we saw,” Bagans coaxes the spirit after seeing a photo of the young boy.

This Mexico City haunted tourist spot marks the location where a young girl was found drowned in mysterious circumstances. Today, the island is home to abandoned children’s dolls that are said to be possessed by the girl’s spirit. While eyeless dolls are scary enough, a cat scurries across Bagans’ legs while he investigates one of the infamous dolls — just as the doll starts hysterically laughing.

A mortuary turned bed and breakfast makes for an interesting type of vacation, especially when the current owner proudly performs authentic satanic rituals between murder-mystery shows. The history of the Oklahoma-based Stone Lion Inn is even more shocking — a mummified train robber’s corpse was a popular local tourist attraction in the funeral parlor for 61 years. Bagans sets up a campsite over the robber’s grave and the crew begins communicating with the spirit through a digital chat as the ghost describes how his body was found hanging. A disclaimer for viewers: the episode frequently shows photos of robber Elmer McCurdy’s real life decaying corpse. This is by far the spookiest episode because it has proof that no one can argue — a tangible, rotting body.

Paranormal investigator Zak Bagans has become an American myth himself after Ghost Adventures premiered on the Travel Channel in 2008. Countless celebrity guests (hello Post Malone), GIFs, spinoffs, and parodies later — if you haven't seen Nick Kroll's "Ghost Bouncers" for Kroll Show, look it up immediately — Ghost Adventures is still capturing footage of spirits in haunted locations across the globe. 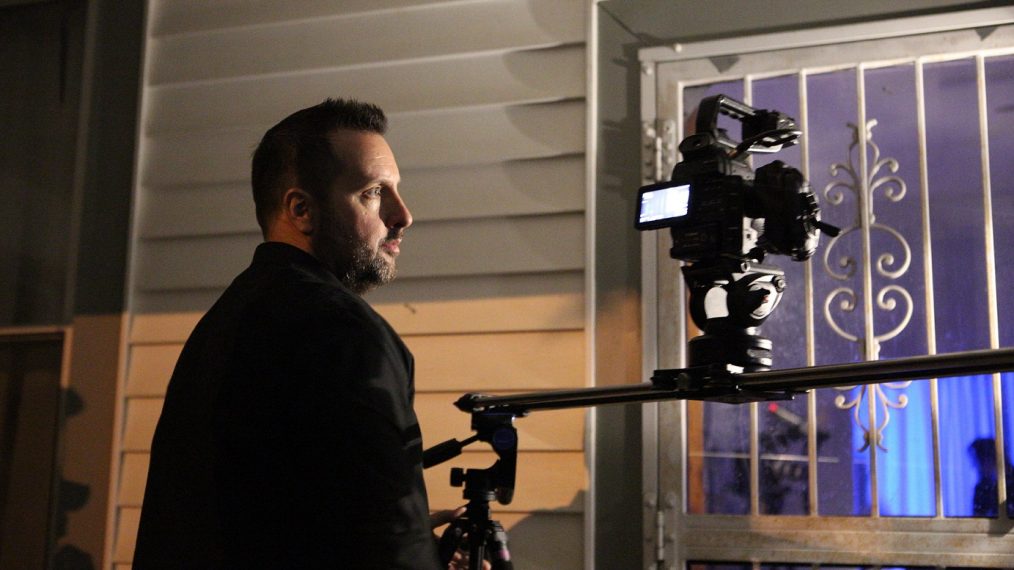 In honor of Halloween, we rounded up the best, most frightening moments in Ghost Adventures history. Click through the gallery above if you dare!