Are you ready for a truly twisty whodunnit? Peacock’s upcoming murder mystery One of Us Is Lying, based on Karen M. McManus’ young adult bestseller of the same name, introduces a shocking death with a Breakfast Club-inspired setting.

Set in the fictional Bayview High, five teens from varying cliques all land in detention on the first day of school. (The circumstances that get them that honor are super murky, and also play a hand in the puzzle ahead.) But while top student Bronwyn (Marianly Tejada), bad boy Nate (Cooper Van Grootel), star pitcher Cooper (Chibuikem Uche), popular cheerleader Addy (Annalisa Cochrane), and social outcast Simon (Mark McKenna) settle in for an afternoon of detention, one of them dies.

That unlucky student is Simon, who runs the secret-spilling About That app, where he was set to drop massive, life-ruining intel that Friday about some of Bayview’s finest. His death leaves Bronwyn, Nate, Cooper and Addy as the top suspects in the investigation that follows, as they’re the last to see Simon alive (and on deck to be About That’s next victims). While all four of these teens may seem like total one-dimensional archetypes, we promise that there’s much more going on under the surface.

Below, the cast teases their suspicious characters and what’s ahead. Honors student Bronwyn has put so much of her focus on school, she’s forgotten to build some meaningful relationships with her peers, too. “She is your archetypical brains,” agrees Tejada. “She’s very much into her academics, to the extent that she doesn’t have a life and puts all of her efforts into that outlet, and there’s a bit of pressure from her parents to do well. And then, you know, this traumatic event happens that breaks her and shows more sides to her than meets the eye.” But does her smarts and her available free time mean she’s the perfect person to commit a murder?

Says Tejada: “[Knowing] Bronwyn, and how competitive she is about her academics, she would be perceived as vicious to protect a secret, so that is what could incriminate her in this murder investigation.” Of the Bayview Four, playboy Nate certainly has the most to lose, as he is a pot dealer who is currently on probation. “It makes him the prime suspect in this investigation, especially for the police,” says Van Grootel. “They definitely have eyes on him.”

But Van Grootel promises there’s more to the motorcyclist than your quintessential bad boy. “He’s deeply misunderstood, and he’s had to go through a lot of tough times through his upbringing, and a lot of trauma,” Van Grootel teases. “It’s beautiful to be able to explore all that [as an actor].” “[Cooper] appears to be your typical jock, [dating] the most beautiful girl in school, but he’s dealing with his own secret, which is tied to a million-dollar baseball career and future,” Uche explains.

Having recently moved to town to be the high school’s star pitcher, Cooper is certainly hiding some major aspects of who he is, all to protect the future that he and his family desperately need to attain. And revealing his true self to the world could jeopardize his dream career in the MLB. “He’s come to terms with who he is and how he can be his most authentic self in the real world, but yeah, it’s a fun journey of seeing how he stumbles and falls and picks himself up, and the different relationships that affect him,” Uche says. It’s lonely at the top for the beautiful blonde and popular cheerleader, Addy. “On the surface, Addy is kind of your stereotypical teen movie princess, but underneath she is hiding something so big that it is affecting her every day, and the shame of keeping that secret is bringing her down,” Cochrane, who also plays Cobra Kai‘s mean girl Yasmine, says.

And as with the others, the stakes are pretty high. She adds: “To her, if her secret gets out, it would be the destruction of her entire world, and in high school that means everything.” It sure does!

One of Us is Lying, Series Premiere, Thursday, October 7, Peacock 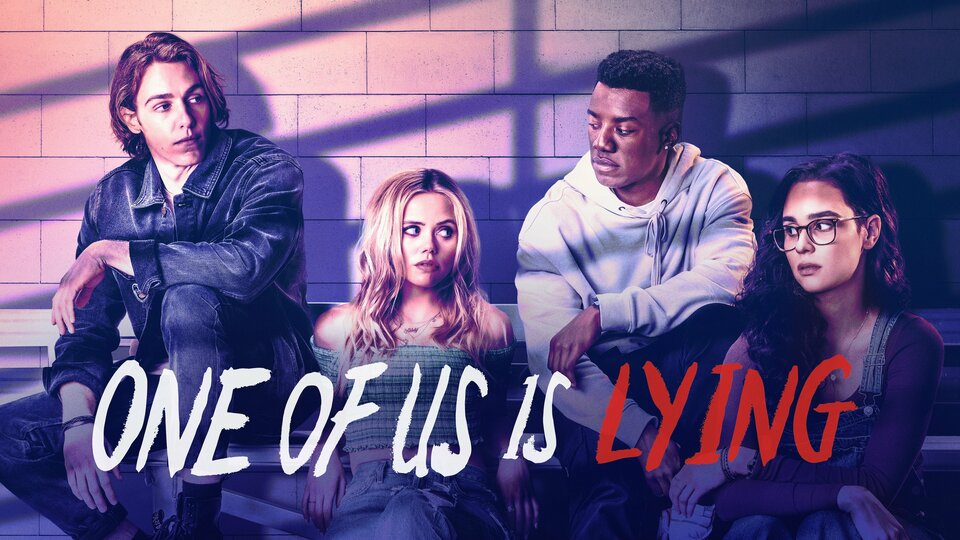