There’s a mysterious illness spreading throughout the precincts. It affects only NYPD officers, and it started after one officer complained he found a mouse in a burrito from a local restaurant and believes he was “targeted” as a result of his profession. Then, miraculously, every uniformed officer came down with “mono.” Suspicious? Yep. Mythical? Oh, absolutely.

Everyone at the Nine-Nine knows the “blue flu” isn’t a real thing, but proving it is something else entirely. Doing so will take work from several teams: Jake (Andy Samberg) and Boyle (Joe Lo Truglio) investigate the doctor who signed work releases for the officers who claimed to be sick. Terry (Terry Crews) and Amy (Melissa Fumero) are assigned to keep crime down without any uniformed officers. And Holt brings in Rosa (Stephanie Beatriz) to investigate how that rodent really ended up in the burrito. Jake and Boyle make a discovery, although not the one they intended. Boyle goes in undercover to the doctor, and the doctor says he might have testicular cancer. This leads Boyle to an episode-long breakdown, but they do make a break in the case eventually, once Boyle’s lab results come in (and he’s fine!): The doctor himself isn’t corrupt, but the lab is. They declared Boyle had mono, but he’s immune.

Amy and Terry hit several snags. Hilariously, they wind up with a precinct full of “Hitchcock and Scullys” after they request detectives from other precincts to help out with walking the beats. Terry’s also sick, so his tummy is rumbling constantly. Holt (Andre Braugher) sends him home, which leads to a twist — uniformed officers hear Terry called out sick, and they assumed he was joining the blue flu. Holt sends him to a meeting undercover, saying that if he can record the meeting, they can prove the officers aren’t sick and end the strike. That ends badly, unfortunately; Terry attends the meeting, but his stomach garbles the whole time and the recorded footage is useless. Rosa makes a huge breakthrough. She gets surveillance footage showing the officer entering a pet store and buying a mouse an hour before he “found it” in his burrito. What does she want in return for her discovery? A picture of Holt’s tattoo — because apparently he has one, and that’s of great interest to Jake, who is paying her for that picture.

At first, the union holds out and says the officers are “under attack,” but after Jake and Boyle present their evidence, there’s no denying the blue flu was fake. But what’s real is the stomach flu all the officers who were at that meeting now have — the very same flu that Terry had. Oops! 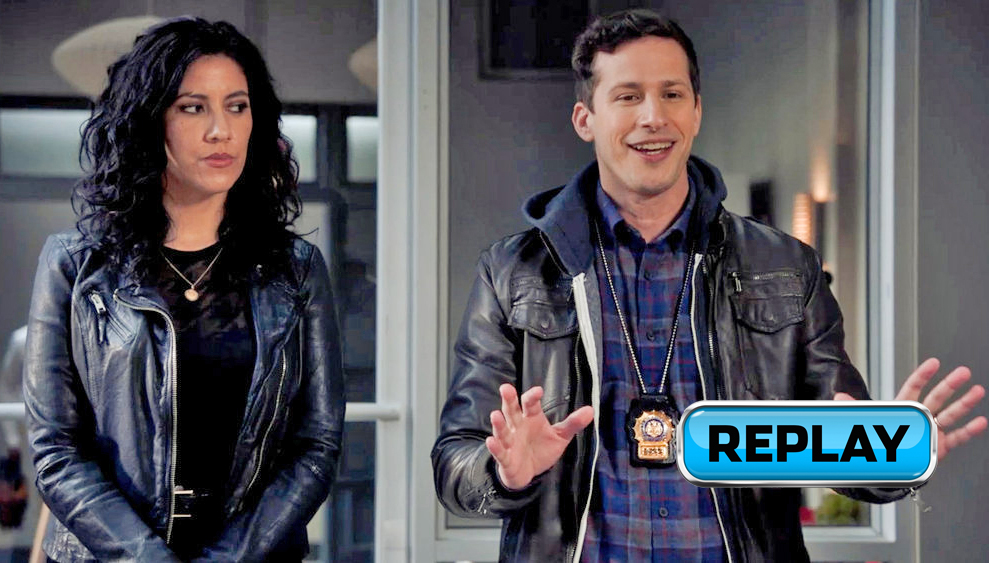 Dejected, Holt goes to drink and eat cheese. But thanks to a speech from Boyle, he comes to a realization. The Nine-Nine had fewer bad arrests that week thanks to having fewer officers, fewer cases thrown out because of insufficient evidence, and they didn’t make the community less safe. As Holt tells O’Sullivan, the Nine-Nine has now become a case study for how a precinct can function better with fewer police. O’Sullivan’s left with no choice but to end the blue flu… and Rosa gets a photo of Holt’s tattoo, which is a decimal point. A decimal point. Except it’s not — Holt and Rosa meet later, and he pays her for giving Jake a doctored photo. So, we still don’t know what Holt’s tattoo is!