Todd Graves literally and figuratively built up his billion-dollar fast-food company, Raising Cane’s, from the ground up. One single location 25 years ago expanded into more than 500 restaurants throughout the United States and the Middle East. Though the CEO’s success has not been without its challenges, including weathering the unpredictability of a recent global pandemic.

Knowing how fortunate he is, Graves decided to pay it forward and lend a hand to struggling small business owners as chronicled in the series Restaurant Recovery. Over the course of the season, Graves enlists the help of well-known entertainers and sports figures to assist these beloved food establishments to rebuild after COVID-19 crippled them.

After streaming on Discovery+, episodes are being served up on the Cooking Channel. In the installment premiering June 29, Graves links up with actor and comedian Rob Schneider and football player DeAndre Hopkins to help Phoenix-area Indian restaurant Curry Corner rise from the ashes. We brought Graves and Schneider in to reflect on the impact their efforts made.

How deep does your friendship go?

Rob Schneider: Todd loves pop culture and is a big sports fan. I sat down with his son Charlie and him as we watched sports. We’ve gone fishing together. I caught the biggest fish in my life with Todd in about 45 minutes. Of course, he helped me reel it in. Whether it’s helping reel in a big fish or assisting a restaurant or my movie, he is one of those guys who wants to help if he can. I’d recommend everyone to have a Todd in their life.

Todd, what did it mean to you to have your famous friends like Rob believe in your cause?

Todd: It means the world. Throughout my chicken finger adventures of life, I’ve met some really famous people. I’ve always resonated with the ones that have the same values I do. Rob and I are family men. Rob and I are community people and help other people. So are Shaq, Nelly, Archie Manning, and Michael Thomas. I wanted to get famous friends that I know will resonate. It was an easy ask for me. They used their stardom to not only lift the people’s spirits up but also give some sound business advice as Rob did. It meant a lot. Supporting small businesses is the message.

Rob, as a businessman in your own right within entertainment, what did you take from Curry Corner’s story?

Rob: I look at Curry Corner where it’s not just Farrah Khalid’s restaurant, but it’s a culture and way of life. At this time they have never been under such an amount of pressure and can’t see their way out. During this economic crunch, Omar and his mother, Farrah lost upwards of 90 percent of their business. We’ve lost upwards of 100,000 restaurants in the United States. Omar put his whole life on hold to help his mother out full-time and sink their life savings into it. To see hope and people helping was very powerful. They literally shed tears. It’s hard not to want to get involved. Todd, how did you decide what restaurants you wanted to focus on?

Todd: It was a hard thing to do. The ones I concentrated on were really iconic and important to their communities. On top of that, it was their individual stories and sacrifices they made in their lifetimes. Thinking about Chili John’s. It was Walt Disney’s favorite restaurant in Burbank. It has so many grandfathered aspects of it like the little bar. Quentin Tarantino put it in his last film Once Upon a Time in Hollywood. This family put their life savings in it, and it would go away if we don’t help them out. [And] Crown Candy Kitchen, the one that Nelly helped me out [with] in St. Louis. It survived the Spanish Flu in 1918 with three generations in the same family. We went to restaurants with so much culture and character, diversity of thought, and creativity.

Rob, are you much of a foodie?

Rob: When you are traveling and doing these tours and promoting a movie, you’re not just locked up in your hotel room. You go out and see things. A large part of that is food. Todd and I are both foodies. We always look for restaurants to try. Every town has a great little place and oftentimes the thing they have in common is it’s all generational. If these places are lost, you’re losing a fabric of society that makes life interesting and fun.

Have you gone to Curry Corner since filming?

Rob: I’d like to go back. I want that naan. The way they cook it traditionally is nice. It has such a beautiful history. They literally use a clay pot and throw their hands in there. It seems they are risking their fingers. It’s what they’ve been doing for 100 years.

Todd: Rob risked his fingers as well doing it. I was impressed. Right when we got done with the show, Rob got started on his new movie he is producing, directing, and acting with his daughter Daddy Daughter Trip. He actually even gave me a little cameo. He brought me back to Phoenix, so I saw the family and spent time with them. They are all doing well. It was great to see smiles on their faces. Are there plans to continue on as restaurants see new challenges out of the pandemic whether it’s labor or product shortage?

Todd: The show was really a COVID response for me because I saw the damage this pandemic wreaked on the industry. When you give, you get more back in return. I really enjoyed it. I took a lot of pride that my team was able to help these people. When we think about it, there is always going to be a hurricane or fire or tragedy to help. We are strongly considering it. The only holdback factor for me is it’s a lot of work to do it right. I’m overwhelmed growing my business Raising Cane’s. Though there might be a second season.

Rob, what is it like to be back on the road and on sets again?

Rob: It’s great to be out. To have your businesses shut down, I can really relate to these restaurants. We took a lot for granted. People are dying to get out of the house. Every show is sold out that I’m doing. It’s across the board for all touring acts. That fear is fading and people have more of a handle on what they can do. I’ve never seen people more excited to be out enjoying comedy, concerts, festivals, and enjoy restaurants. 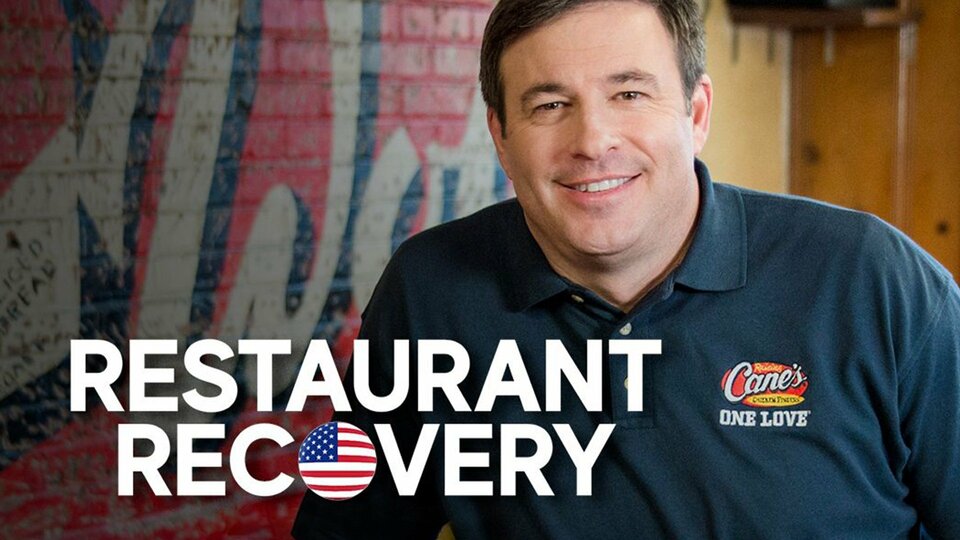 Restaurant Recovery where to stream