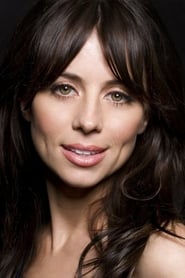 From Wikipedia, the free encyclopedia.Natasha Leggero (born March 26, 1974, height 5' 1" (1,55 m)) is an American actress and comedian from Rockford, Illinois. Leggero is a frequent roundtable panelist on friend Chelsea Handler's late-night talk show Chelsea Lately.Her stand-up television appearances include performances on The Tonight Show with Jay Leno, The Late Late Show with Craig Ferguson, Last Call with Carson Daly, and she has appeared on multiple Comedy Central stand-up programs, as well as their animated show Ugly Americans, where she voiced Callie Maggotbone.She has performed at such festivals as SXSW, the Sasquatch Music Festival, and the Montreal Comedy Festival. Jake Johnson on 'Salty' Language in 'Hoops' — Plus, Which 'New Girl' Stars Stop By? Another Period: Natasha Leggero and Riki Lindhome on Getting Down and Dirty With History Kidnapping's All the Rage on a New Another Period