For over four years, fans of Chrisley Knows Best have gotten to know the Chrisley family and their hilarious antics. They’ve watched parents Todd and Julie work to keep their household afloat, which isn’t always easy thanks to a regular cast of characters including children, grandchildren, and of course, Nanny Faye.

The reason why the USA series has been a fan favorite for six seasons is that it is equal parts reality show and sitcom, with Todd as the often protective helicopter dad keeping tabs on beloved daughter Savannah and mischievous son Chase. Plus, you have youngest child Grayson, who has grown up before viewers’ very eyes. Todd Chrisley on what to expect from his new show 'According to Chrisley' and the success of 'Chrisley Knows Best.'

We’ve followed the Chrisleys through beauty pageants, graduations, friendly competitions, a move to Nashville, health scares, running a smoothie shop, holiday gatherings, vacations and everything in between. And no matter what the family goes through, they always come together.

Ahead of the show’s milestone 100th episode on June 19, we asked the Chrisleys to pick their favorites from the series. Scroll the gallery to find out what they chose! 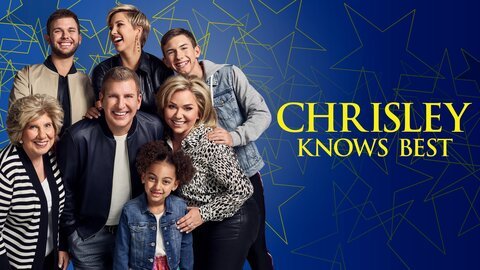