‘NCIS: New Orleans’ Bosses Reveal What Would’ve Happened Next After the Series Finale

And while Connor’s mother Sasha (Callie Thorne) plans to take him into witness protection with her, when she sees him having fun at the wedding, she instead skips out on the marshals … and leaves him to stay with his dad.

TV Insider caught up with executive producers Jan Nash and Christopher Silber to find out what would’ve happened next.

Scott Bakula and Chelsea Field take us behind the scenes of the big nuptials and give a heartfelt thank you to the fans.

The series ends on a positive note. Was that always the plan for the end of Season 7 or did anything change after you learned you weren’t coming back?

Christopher Silber: We would’ve probably ended with a bit of a cliffhanger or at least an open-ended idea that there is more trouble to come for our characters. When we found out that this was going to be the series finale, it was Jan who felt like, “Let’s have it have a positive ending without it making it feel like it’s an ending for our character, just an ending for the series. They will continue even if we don’t get to see them on their adventures. But let’s give them a win, let’s end on a high note.”

Would it have been more of a cliffhanger than Sasha being followed? An additional mystery?

Jan Nash: Sasha being followed probably would have been the end. I think we would have done a lot of the same elements, but we would have ended telling a story in that episode that would have leaned in a little bit more to her being in danger and when she pulled away, she was being followed. We would have had a sense that Season 8 would have opened with either her having already been harmed or seeing her be harmed perhaps. That investigation would have defined the beginning of Season 8. 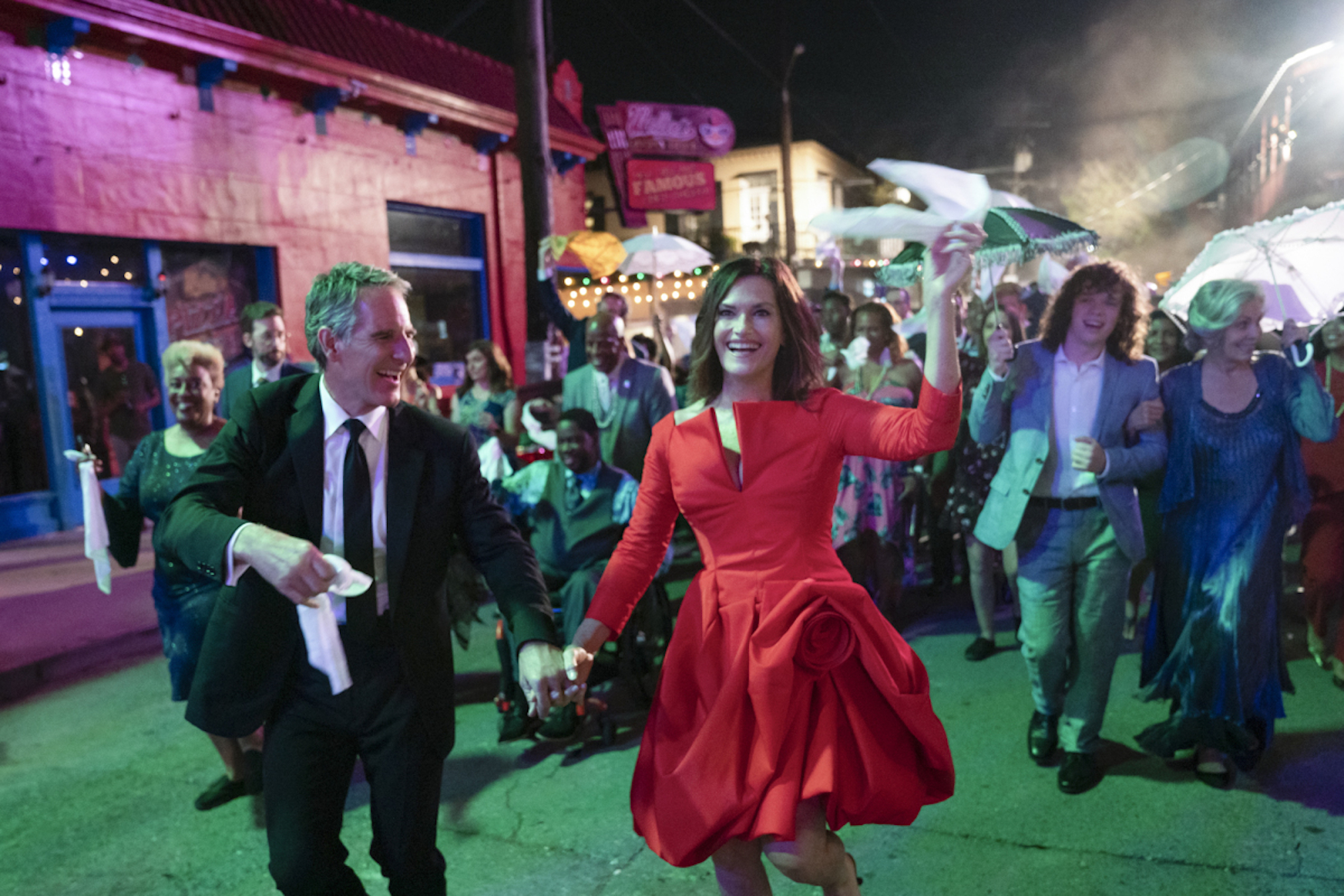 It’s also fitting that the series ends with the Second Line. So was that part of the plan for the series finale whenever it was going to happen?

Christopher Silber: Not to be overly optimistic, but we knew that there would be a series finale, but we never had a plan in the seven seasons I was on the show for how we would end it. It felt right in a moment, that’s for sure.

At the end of the series, the team’s all staying put professionally. Is this a team you imagine continuing to work together for years or do you see any of them moving on?

Silber: I would say that they would work together for a while, but you never know where they might end up and that isn’t meant to be coy.

You really did a deep dive into family with Pride in these final episodes and it’s been so wonderful to see him getting his time with his mom, marrying Rita, getting to know his brother over the years, and having those moments with the son he didn’t know about. So what did you want to do there this season?

Silber: We’ve done so much with the man and put him through his paces throughout the years. We’ve shot him. He had an overwrought relationship with his father who was a criminal. He had to witness his father die. What we wanted when we delved into a new chapter of his family was to show how he evolved, how he didn’t have to be surrounded by so much chaos. By connecting with Rita and finally finding some grounding there and spending more time with his mother and then introducing the son character, we really gave him a full spectrum. When we met Pride in the original crossover with NCIS, he was recently separated, heading into a divorce, his daughter was going to college, and here we can end with Pride remarried, with a son, so it’s really full circle for him. It seems like we got to see the acceptance that Pride and Jimmy had for who their father was through their conversations with Connor about who Sasha is.

Silber: Absolutely. That was another thing. Not to get too heavy about it, but as we as adults reach the place where our parents were when we were kids, we look at them and say, “Look at how you’re messing up.” For Pride, it’s realizing that it can get complicated even with the best of intentions. For him and Jimmy, they recognize that. Even in dealing with Sasha, someone who tries to kill him multiple times, he was able to see that she also contained multitudes.

Did you accomplish everything you wanted with Pride and Rita’s wedding — the actual ceremony, the celebration, and the lead-up to it?

Silber: Under the circumstances, meaning the COVID of it all, meaning that we were given a little bit of lead time, which we were grateful for, to know that this was the series finale, I am extremely proud and satisfied with how we did it. If we had more lead time or if we thought we were going to keep going, maybe it would have been grander, but I think it was appropriate to the show for sure.

Nash: I’m not sure it would’ve been bigger. We’ve never talked about this, but I felt like the intimacy of it was really beautiful and that the Second Line was really celebratory, particularly to people in New Orleans, who did all of that because they had to move it around a lot because there were some storms coming in. They did a magnificent job. One of the most pleasant surprises of this final season was how much I enjoyed Hannah and Carter’s developing relationship. What did you like about exploring that? Do you think they could make it work or might him staying weigh on them a bit?

Nash: It was clear to us when we put them together procedurally earlier after Charles joined the show, they had a real chemistry. We started talking about that earlier and then decided we were going to just let everybody else see what was happening almost more before they saw what was happening. We had set Carter up as being a character who did not put down roots. He was not somebody who is interested in making connections, particularly in his work environment. That gave us an opportunity to bring in his mother and let him explore some of the things that might have gotten him to the place where he was that kind of person. And it really just made, I think, the journey of Season 7 really compelling for both of them. I’m going to believe — because the show in my mind continues — that they are gonna make it work and they’re going to be charming and adorable and happy for a very long time.

Tammy found a home in New Orleans with and away from the team, which she never would have imagined when she first arrived. Where did you want to leave her?

Silber: For all of our characters, we wanted to see them grow and change and evolve — certainly with the team as their family, but also in finding their home and finding their roots in New Orleans. For Tammy, when she arrived, she was someone who was thinking about finding her way out and unsure about the team and to be able to see her finally mark her own territory, own who she is and own what she wants to be, that was special for us. Sebastian’s had quite the professional journey these past seven seasons, but he hasn’t been lucky in love. Is that something you would have changed if you had more time to wrap up the series?

Silber: Oh, I think so. He was a great example for us in that when the show started, he was the lab rat. He was someone who you wouldn’t expect to scout in the field and to be able to take that character, show his growth in an arc over the series into a very confident field agent who still remained interesting and funny, the adjustment didn’t change his character. It just matured him. But yes, I think if we’d had more time, we were always talking about finding him love. It just didn’t work out for him, but I’m sure in the future he will find the right woman.

We really got to see just how much Loretta does, for the city and for the team in these episodes. What did you want to showcase with her this season?

Nash: Obviously CCH is such an amazing actress and such an amazing presence that we just felt like the things that we wanted to talk about were stories that could very much be told through her character. We just realized that not only would she be able to do the things she’s always done on this show so effectively but also to explore her emotional life in a way that allowed us to take advantage of all the many gifts that CCH has. When we started the season, we knew we were going to lean into that character and the gifts of that actor. At the end of the day, it was all we could have hoped for and more. Can you say anything about what else you would have liked to have explored if there was another season?

Silber: Certainly we would have wanted to explore and we were excited about exploring Pride’s relationship with his son and digging deep into that and seeing what that means to discover that you have a son who is nearly fully grown and to try to build a relationship and try to build those ties. It would be challenging for sure. We thought that the young man who played Connor was fantastic and there was great chemistry with Pride and with Jimmy as well. As well as solve incredibly interesting and fun Navy crimes.

You have NCIS Hawai’i coming up. Is there any chance we’ll hear more about the New Orleans team on there or do you know for sure that you won’t address it?

Silber: Never say never. … I’ll be a hundred percent honest with you. We are happy for all crossovers. It’s fun. I was fortunate enough to be involved in the NOLA and mothership crossovers the couple of times we did it. I know the shows like it, the writers like it, the actors like it, and the audiences like it. 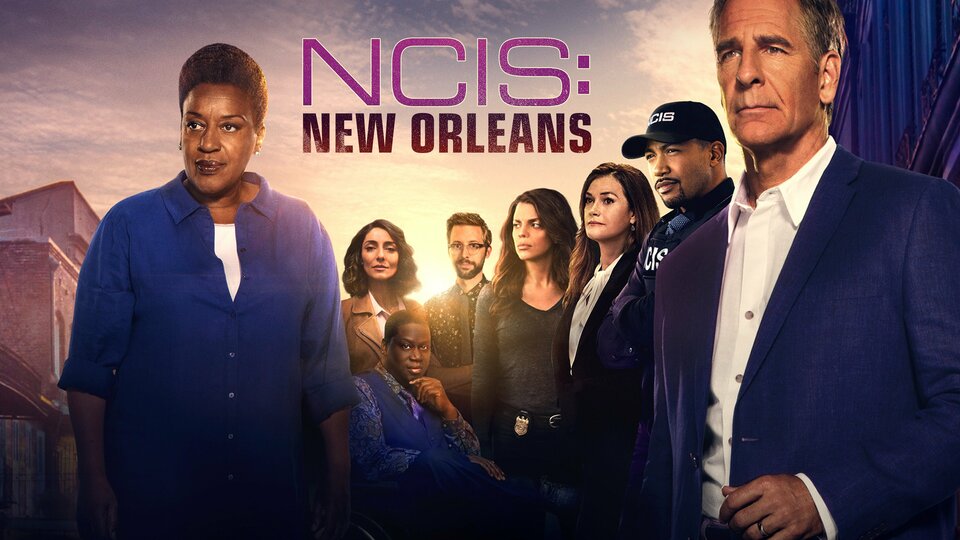