[Warning: The below contains MAJOR spoilers for Prodigal Son Season 2, Episode 11 “You Can Run…”]

There are no more hymns in creepy elevators or playing with rats in the electrical room for Christian Borle‘s Friar Pete on Prodigal Son: His freedom following his escape from Claremont with Martin Whitly (Michael Sheen) and Hector Cueto (Armando Acevedo) is short-lived.

In the May 4 episode, Malcolm Bright’s (Tom Payne) attempt to find his father does lead him to the other two escapees. While Hector is arrested (but does take a bullet), Pete is killed by the U.S. Marshal on the case, Emily Ruiz (April Hernandez Castillo), as he advances on Malcolm with a gun in his hand.

This comes after we see a new, visibly angry side of Pete as he recalls how “furious” his father used to get about everything. It’s one, sadly, we won’t get to see more of. “Is he really dead?” Borle teases before pointing out, “The answer is yes.”

But as he reveals, one of the drafts of the script did suggest an alternative. Borle, whose credits include Smash and The Good Wife, looks back on playing Friar Pete below.

Plus, watch an exclusive featurette of the cast breaking down that breakout.

Friar Pete was such a fun character.

Christian Borle: It was a big swing. [Laughs]

Sadly though, his time has come to an end. So how much did you know about the character when you signed on? Did you know he’d be part of the escape and eventually killed off?

I did not. And of course, when you’re having so much fun, you want it to go on forever, so I was hoping — in the first draft, he got shot in the heart, then the second draft, they change it to the torso, which I thought meant maybe they have more plans for Friar Pete. And then in the third draft, he gets shot in the head. So, “Well, it’s been a nice ride.” I think once they started seeing the ludicrousness with which I was playing the part, they just kept writing more and more absurd things for me to do, which of course is what you want as an actor. 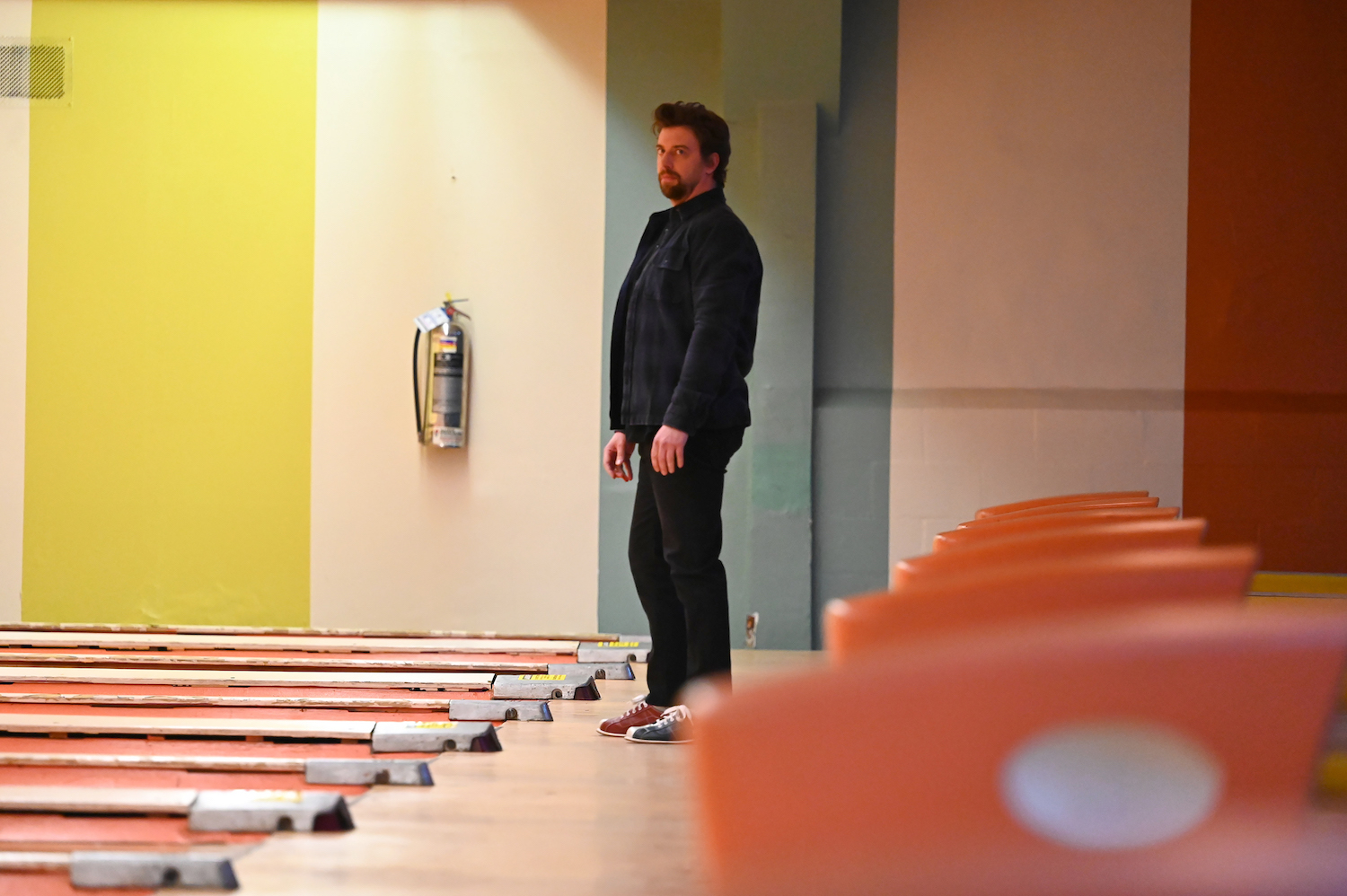 Talk about filming that death scene. It’s also the first time we see you outside Claremont.

It was fun to be in civilian clothes. That bowling alley is this great retro bowling alley in the Bronx. The most exciting part for me was I’ve always wanted to do squib work with stunts, but they don’t do squibs anymore. They just do it all with computers. It was really fun to work with the stunt coordinator on that fall. I had a little neck pain from the whiplash, but I think it will be worth it. I haven’t seen it yet.

Oh, cool. I also desperately wanted to bowl a strike. There was only one setup where they actually let me bowl and I hit one pin — a gutter ball and one pin — and it was my great shame that day. Malcolm says that freedom won’t suit Pete. Do you think that Pete hung around in that bowling alley because not only was it something he knew from his childhood like he’d said, but also because life on the run wasn’t really for him?

I think that’s a totally fair assessment. You thought about it more than I did. [Laughs] Yeah, I think that he would rather go down in a place that made him comfortable than keep running.

Would Pete have shot Malcolm?

I don’t think so. I think he respects the good doctor [Martin] enough to respect his progeny and I think there is humanity in him ultimately at the end of the day.

Did Pete regret bringing Martin into the escape plan because that got Malcolm’s attention and led to his end? 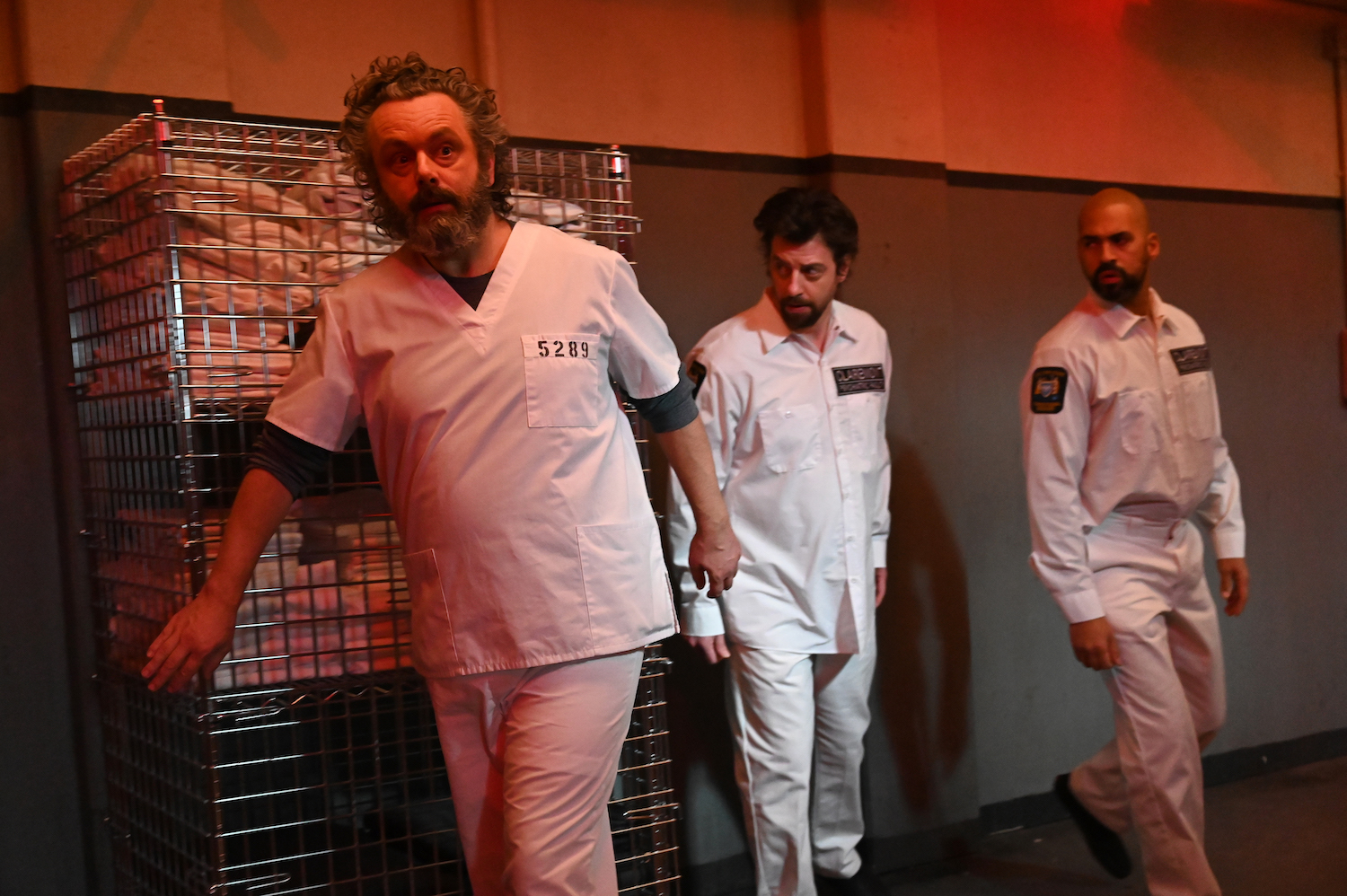 All those scenes at Claremont were just so much fun.

They were — and I was so excited to work with live rats. They were so sweet. They were really adorable and they just swarmed around my feet. And the wrangler said to me after I got to meet them and work with them on one take, “They really like you.” It was the highest compliment.

When Pete’s yelling about how furious his father was about everything, it’s the most emotion, the most anger, the most out of control we’ve seen him. He was pretty much very controlled up to that moment.

The way I was thinking about Pete is that he’s a bit of a con man and a lot of it is put on. His calm, beatific demeanor is very much a show for the outside world, but underneath, he’s just an angry child. We got to that point in the script and the word furious was in italics, so I thought I would do something fun with it. I talked to the director of that episode, who was so game for things. I really just wanted to do my Gary Oldman from the movie The Professional moment. And so I did it and she responded to it and there it is. I’m a little nervous to see it. Overacting makes me uncomfortable, especially my own. 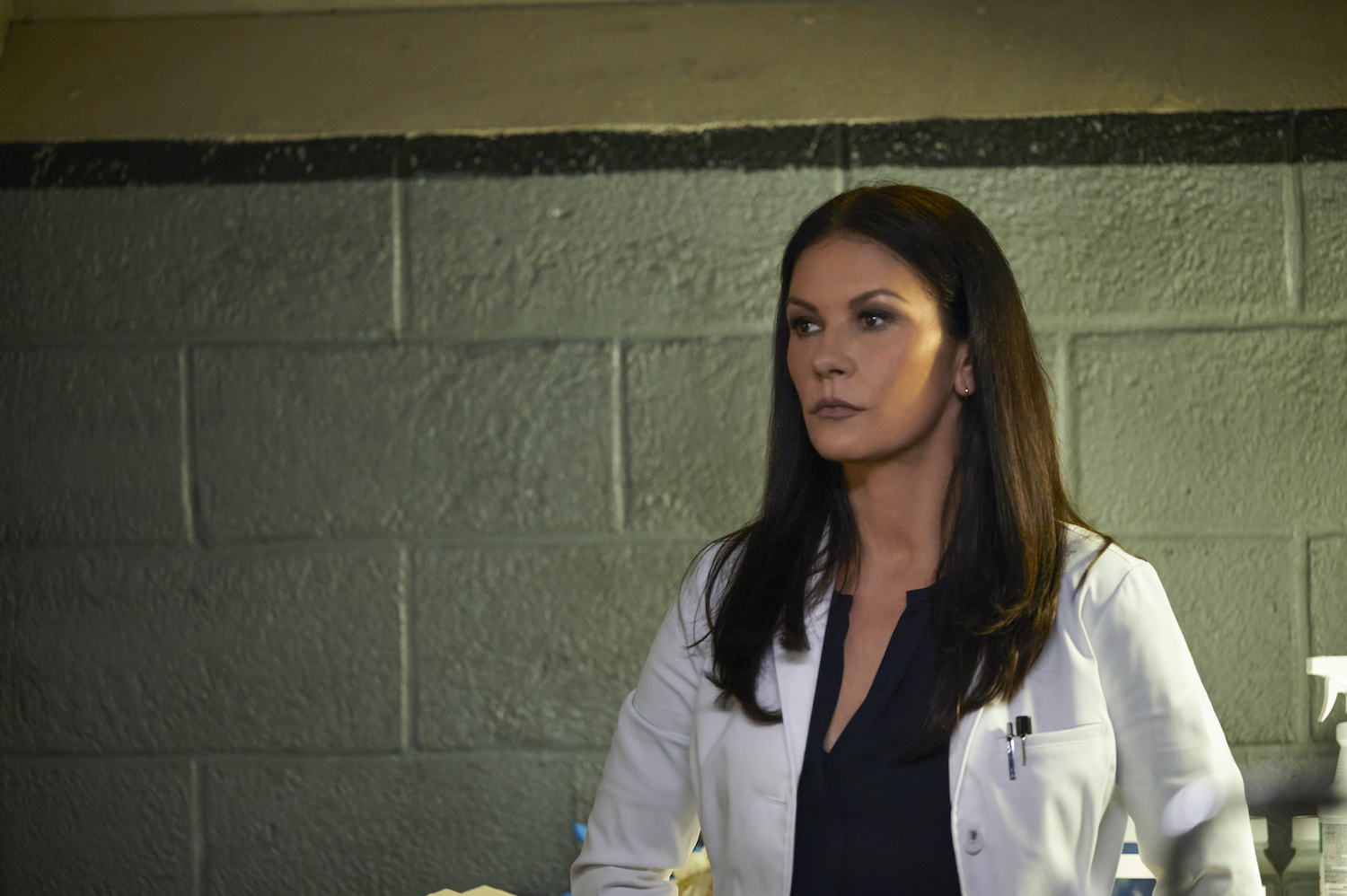 Speaking of that part of Pete, putting on a show, how much fun did you have playing up his creepiness, from his introduction to Malcolm to that elevator scene with Dr. Capshaw [Catherine Zeta-Jones]?

Oh my goodness. Well, first of all, it was incredibly intimidating coming into work with Catherine Zeta-Jones, because I’m such a fan and she was so nice and so present and game. Of course, you can’t help but think of movies, like Silence of the Lambs, and just trying to put on some calm weird facade. Then when you get to sing a creepy hymn, it kind of does half the work for you. I had such a blast being creepy. I don’t know what that says about me as a person.

Speaking of singing, it was a pleasant surprise because it’s not like that’s the first thing you think of with this show that you’re going to see a serial killer in a psychiatric hospital singing in an elevator, but it works so well with you and the character.

I think it was just another thing that they just threw at me. Maybe someone knew about my musical theater background. I think it’s totally character-appropriate that Pete would know all these hymns. It was a fun thing to have to learn and do and sing a cappella on the day. You talked a bit about the respect that Pete had for Martin, but what was his perspective of the Malcolm-Martin dynamic that he saw? He was there for that therapy session earlier in the season.

I think it was just all like a thrill ride for him. He probably enjoyed living vicariously through the confusion and the pain and the torment. That’s what he thrives off of — maybe he’s a little bit of an emotional vampire. So it’s all a game for him, I think, sitting on the sidelines and watching it like it was a sporting event.

And he enjoyed being a consultant.

Yeah. I think he probably finds it hilarious that he is put in a position for anyone to ask his opinion about anything. Because he’s making it up as he goes along.

What was your favorite scene or episode to film?

Well, anything with Michael Sheen is a delight. He’s such a pro and he’s so prepared. And obviously pivoting from petting live rats to getting kicked in the nuts by Catherine Zeta-Jones is a big day in any actor’s life. But really the bowling alley, being able to kind of just let it all hang out and then ultimately doing that stunt. That was a nice way to go out.