SEAL Team star Max Thieriot (who plays Clay Spenser) steps behind the camera for the second time on the CBS drama, for an episode that’s full of emotional and action scenes. 'SEAL Team,' 'NCIS: LA' & More CBS Shows in Limbo: Which Ones Will Be Renewed?

For the director, the challenge “was trying to figure out how to cram all this stuff into one episode and make all these things have the weight that they need to carry across,” he admits to TV Insider. “This probably would have been closer to two episodes’ worth of stuff, but given that we had to tighten up everything, a lot more information needed to be in one show.”

In “Rearview Mirror,” Bravo is suddenly deployed for two months in another team’s place. Ahead of shipping out, Bravo 1, Jason Hayes (David Boreanaz), tracks down a former teammate who wrote a touching letter for him during his trial. But Theo Papadakis (Kurt Yaeger) shocks him when he reveals he was popping oxy before he lost a leg, while he was on Bravo. Jason didn’t notice, Theo says, because he just cared about him doing what he needed to to get the job done.

With that in mind, Jason goes to check on Ray (Neil Brown Jr.), who’s been obviously struggling (privately) since he was rescued from his torturer. (He even crashes with Clay before the deployment.) Ray pretends to be asleep. With everything going on — including action scenes that take longer than viewers realize — “a lot of scene transitions didn’t end up making it due to time,” Thieriot shares. But he enjoys being challenged.

The star and director tells us more about directing the episode and where Clay’s head is right now in Season 4.

Clay is very much a sounding board for others in this episode and tries to be one for Ray. What makes that fitting for where his head is at right now?

Max Thieriot: It’s like they took this from real life, I’m the sounding board on set. [Laughs] Clay in a way has been the audience’s view into a lot of everybody else’s issues. This season, Clay has sort of risen in maturity and has tried to take more ownership over the team even as Bravo 6. It’s being that ultimate teammate and being able to help his team on the field and off the field. It’s something that obviously Jason is fighting to do and doesn’t realize that he hasn’t been doing and Clay has been doing it and doesn’t realize that he has been. Inevitably what’s happening is through him dealing with everybody’s issues, they’re also weighing on him because he’s taking that stuff home with him and in turn, it’s affecting his relationship because he’s starting to think that all of these people that he’s worked with are more perfect than they are. It’s questioning his ability to try and do everything himself.

Why do Clay and Stella [Alona Tal] have a real chance of making it work this time?

Even though a lot of these guys go through this same sort of vicious cycle of struggles with PTSD and relationships and all the things that they go through, the audience mostly just needs to feel some sense of hope, that somebody can do it. Also this time around, they finally have accepted each other for their flaws and really love each other despite everything. They’ve really taken that “for better or worse” understanding with each other and “If we’re going to try and be in a relationship and be a couple, then this is who I am.” They should have a chance this time.

Clay’s looking to Ray on the home front for what he wants and to Jason as an operator, but neither is on stable ground right now. How does that affect Clay?

He constantly hears this echo of “Jason Hayes is the best warfighter.” But I think in the back of his mind, Clay’s also always been on the battlefield questioning some of the decisions that Jason makes. He thought that Ray had this perfect balance of being able to go and do a great job at work and then also come home and be a great husband and father. Now he’s seeing that Ray isn’t doing that. That’s giving him his greatest doubt. What was your approach to directing the emotional scenes like Jason and Theo’s conversations and Jason going to Ray at the end?

Those are for me some of the most fun scenes to direct because I love the drama side of the show. I love the emotional scenes. Being an actor and having these other actors’ trust that I know so well and have worked with now for so many years, I feel like they’re willing to take chances with me and open their hearts and expose themselves a little bit. Sometimes when you have a guest director, it’s hard to become that vulnerable because you’re not sure if you’re going to take a chance and it’s something that you end up not liking and they’re gonna use it anyways. And I feel like when I’m directing, fortunately, I have their trust in those moments.

Especially David — we have a good understanding during those scenes and it was just getting what we need out of each other. It comes across specifically the last scene with Jason at Theo’s house. I’m super happy with how that scene turned out and also the end scene, and also, to be honest, Sonny’s [AJ Buckley] last scene in the ship [when he video chats with Hannah, played by Rachel Boston, about impending fatherhood]. That’s another scene that I was really proud of and excited about. What was the most challenging part of directing the action sequence?

It’s the stuff that goes on behind the scenes that you don’t understand: “You have one day with the actors out here to do all of these car scenes and we shoot 10 hour days. Good luck.” If I had a week to shoot that action sequence, clearly I could have added even more stuff in there, but it’s all about basically trying to build a lot of cuts, the most compelling dynamic sequence in the shortest amount of time with not a ton of money. But I’m super proud of the final product. I didn’t have a single shot of a real helicopter. There’s some movie magic. I think we accomplished some cool stuff.

The scenes on the ship came across very close quarters on screen.

I tend to generally like static feeling and wide-angle lenses but that’s not really SEAL Team. It’s a show that Chris Chulack has designed to feel like you’re there with these people and really feel almost documentary-style, so we shoot a lot with handhelds. We want the audience to feel like they’re right there, not like they’re watching people operate, but they’re with the operators as they’re kicking in a door and going into the room. 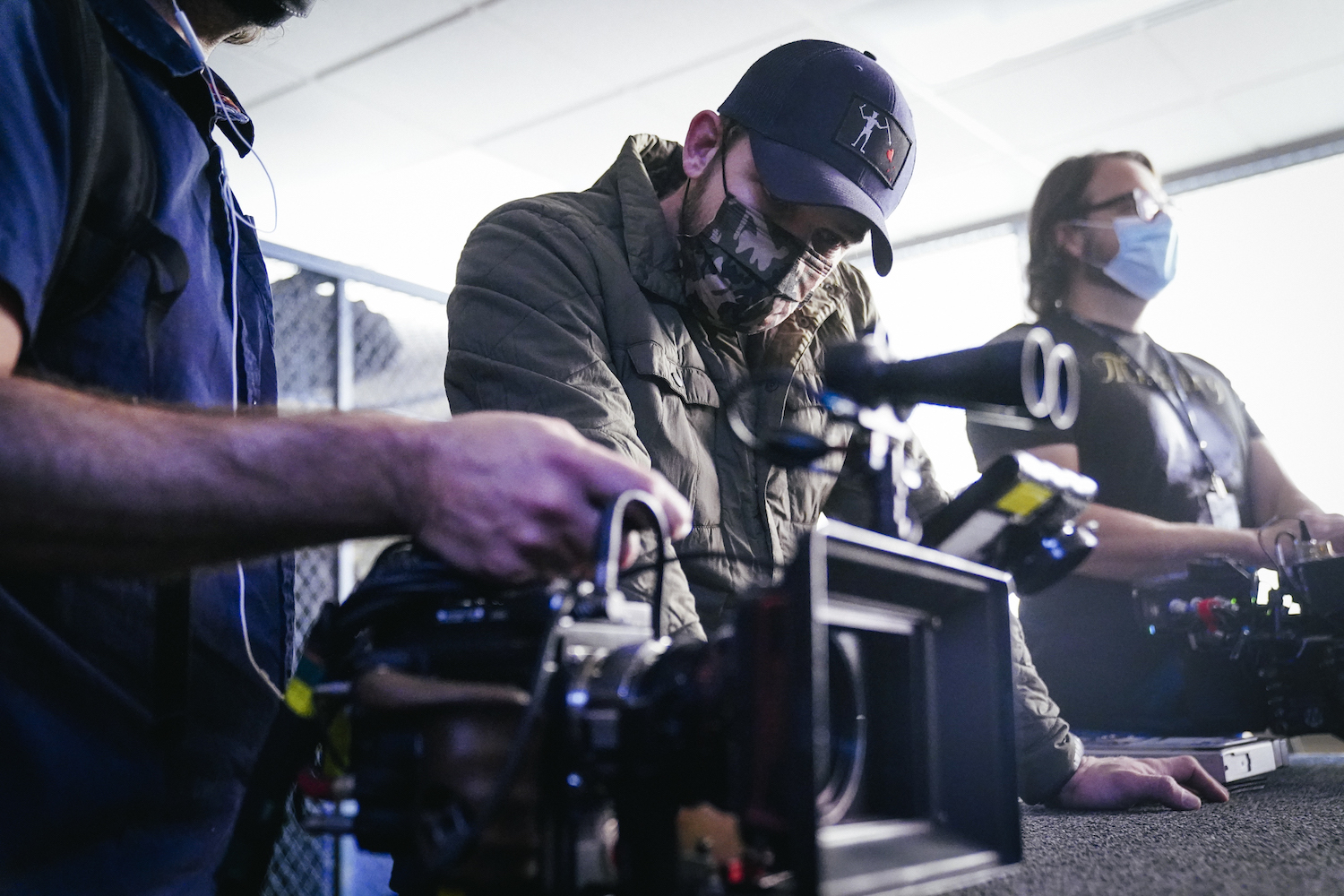 The two things I wanted to accomplish [in the ship scenes] were: making sure that it never felt too steady and like it’s on a stage and making it feel cramped. The big things that you get across when you talk to a lot of folks that spend time on these ships is how cramped and much it sucks being on that thing. Just kind of always giving you that uneasy sense while you’re in there.