What’s Our Next Move?

Question: The show Next has been canceled by Fox. Is this a limited series and will we still see an ending, or should I save myself the heartache of a cliffhanger and stop watching now? — Donna

Matt Roush: That’s really a judgment call only you can make. I’ve seen five of the 10 scheduled episodes — only two had aired (because of sports and political pre-emptions) before Fox made the call on this one, suggesting the network was never really high on this or on Filthy Rich, which was also delayed from last mid-season or summer until fall to help fill holes on a pandemic-delayed lineup.

Plus, he opens up about being crowned as the 'Greatest of All Time' player.

In the case of Next, Fox billed this from the start as a “10-episode event series,” which isn’t exactly the same as a self-contained limited series. So while I don’t know for sure how it’s going to end, because that would mean reaching for spoilers, I would expect at least some resolution, but probably not an actual ending, because this was in the can before it even started airing and I doubt they’d be able to go back to tweak anything. If this had been a hit out of the gate, which was always a long shot, I’d think the producers would have kept their options open for continuing the show into a future season. Personally, if I have time in the weeks to come, I’ll probably keep watching, because I like the premise and especially John Slattery in the lead role. My expectations, naturally, have been lowered when it comes to being thoroughly satisfied when it’s all over.

The Games People Play (on TV)

Question: I’ve never heard of the previous iteration of the quiz show The Chase, which ABC is remaking with former Jeopardy! champions Ken Jennings, James Holzhauer and Brad Rutter. I get why ABC would want to be in business with these three based on the success they had with the “Greatest of All Time” tournament. But the GOAT tournament was Jeopardy, and I think that led to its appeal. Rutter was actually on ABC in the spring as Catherine O’Hara‘s smart helper on Who Wants to Be a Millionaire. While he helped her out and was a valuable asset to her, it wasn’t quite the same as seeing him on Jeopardy. Although these guys are great players and it was exciting to watch them go against each other in January because they play the game at such a high level, I think the fact that it was Jeopardy was a bigger deal than their personalities being involved on another show/format. Your thoughts? — Jake From life lessons on talk shows to an ode to frontline workers, this week's television moments were pretty inspirational.

Matt Roush: I don’t imagine ABC is expecting ratings approaching the GOAT tournament, which felt like a once-in-a-lifetime stunt. But I can’t blame the network, or these players, for trying to milk another proverbial 15 minutes of game-show infamy while they can. As most game-show fans no doubt know, before his staggeringly successful run on Jeopardy, Holzhauer appeared as a contestant on The Chase during its Game Show Network run in 2014. (It’s based on a British format, as so many things are.) In the new version, the three Jeopardy champs will take turns in the role of “the Chaser,” as the fearsome trivia expert who will try to block new players as they try to wrack up money by answering a flurry of questions (estimated at up to 166 per episode). It’s no Jeopardy, but what is? I’d certainly give the new Chase a shot if this were your kind of show.

Question: I was really excited about Supermarket Sweep coming back with Leslie Jones as host. I mean, Elizabeth Banks knocks it out of the park with Press Your Luck! So Leslie just seemed a perfect choice for this. I have to say, I’m really disappointed. The changes to the game are fine, they changed with the times. The show is hurt, though, by Leslie. She’s far too enthusiastic. She’s just a distraction during the shopping round. I feel that if the show doesn’t make it, it will be because viewers were turned off by her overzealousness. Have you heard this from any other readers? – Mark Matt Roush: No, I can’t say Supermarket Sweep has been a big topic in my mailbag. But I wouldn’t be surprised if others share your view. Leslie Jones is an acquired taste, to be sure, and a restrained Leslie wouldn’t be anyone I would recognize. I watched one episode of Sweep, and that was enough for me. Not because of Leslie’s extreme exuberance, which seemed to fit the show’s frantic pace and campy tone, but because even by the genre’s standards, it felt too slight and silly, and I prefer game shows that are more about the challenge and the questions. (To be fair, I can’t make it through a whole episode of Press Your Luck, either.) To your point of whether Jones is too much for Supermarket Sweep, I think it’s really a case of someone who’s so into the game it almost throws you out of it.

The Barber of East Texas

Question: Just a quick note to follow up about the recent back-and-forth about George on Young Sheldon: From the first episode, this has been a revelation about Lance Barber. I was always used to seeing him playing bullying kind of roles, and had never seen one in which I had any sympathy with him at all. If I had been asked what I think of Lance Barber, I would have said that he was likely a bully as well. But from the first episode of Young Sheldon, during which he had such a tender moment that I teared up, I’ve been delighted to learn the range of his acting and now find him one of the most likeable guys on TV. Any thoughts? — Unsigned 'Away' & More Netflix Shows Canceled After Just One Season

Matt Roush: This is an excellent point. The sign of a fine character actor is that you so buy into his or her persona, even when stereotyped or pigeonholed, that when they get a chance to break through with an against-type role like George is for Lance Barber, you can truly appreciate the separation between actor and character. He’s such a convincing jerk in shows like The Comeback that you might tend to believe that’s who he truly is. Thankfully, that doesn’t appear to be the case.

Is There No Way to Come Back from Away?

Question: My wife and I were in the middle of watching the great TV series Away on Netflix when it was announced there would be no second season. We were already hooked and watched the rest of the season which ended with the astronauts landing on Mars. There was so much story left to tell. To say we were bummed is an understatement. The acting was great, the characters were all compelling and we were invested in the back story of every single one of them as well as the relationships they had with one another. In a few episodes we were on the edge of our seats wondering if all were going to survive and land on Mars. I had read that the viewership was high and the cancellation didn’t make sense. Can you tell me if there is ANY chance that it will return for a second season or even if maybe a one- or two-part movie might be in the works to get the astronauts back to earth after they complete their mission on Mars? — Shel 'The President Is Missing' & More Series Canceled Due to Coronavirus

As networks cut costs due to production delays, some shows are paying the price.

Matt Roush: I keep getting mail about this, suggesting viewers are still getting sucked in and newly upset when they realize this is all there is. For now, that’s still the case, but there is precedent (Sense8) for Netflix to go back to a canceled property and provide closure. Many are hoping that GLOW will someday get that chance, and perhaps if enough Away fans give the streamer feedback that they desire more of the story, another miracle could happen. I wouldn’t count on it, but stranger things (not to be confused with the Netflix hit) have happened.

Question: Is Billions on Showtime coming back? The last season didn’t finish. Damian Lewis & Paul Giamatti and the rest of the cast kill it! — Debby The remaining five episodes of Season 5 will air in 2021.

Matt Roush: Be patient. Showtime announced at the start of the fifth season in May that only the first seven episodes that were completed before the pandemic production shutdown would air in 2020. The remaining five are coming sometime in 2021, and happily, Billions has already been renewed for a sixth season.

Question: I want to know when Christopher Meloni‘s new Law & Order: Organized Crime is coming on. I’ve been waiting for so long, it better be soon, please????? –Jan 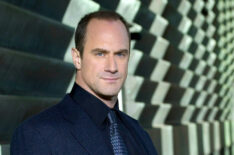 A replacement for Matt Olmstead has not been named.

Matt Roush: You’re going to have to wait a big longer. In addition to the challenge of producing TV during a pandemic, the long-gestating Law & Order spinoff heralding Meloni’s return as Elliot Stabler has been further delayed by behind-the-scenes creative growing pains including the departure of its show-runner. This is no cause for alarm, but there’s still no exact timetable, making Organized Crime one of the more anticipated TV events of 2021, whenever it happens.

That’s all for now. Thanks as always for reading, and remember that I can’t do this without your participation, so please keep sending questions and comments about TV to askmatt[email protected] or shoot me a line on Twitter (@TVGMMattRoush), and you can also submit questions via the handy form below. Please include a first name with your question.