[Warning: The below contains MAJOR spoilers for Season 9, Episode 9 of Suits, "Thunder Away."]

It's all about to end on Suits.

And even though the trailer begins with Harvey (Gabriel Macht) admitting he needs "more time," there isn't much left. But at least he's going to have Mike (Patrick J. Adams) at his side again, despite how the penultimate episode ended.

In "Thunder Away," Harvey and Louis (Rick Hoffman) faced off against Mike when Samantha (Katherine Heigl) sued Faye (Denise Crosby) for wrongful termination — and the Special Master gave the lawyers no choice but to represent her. But when the other side got a clear win in court, Faye insisted that Harvey and Louis prove that Samantha fabricated evidence, exactly what they didn't want to do. 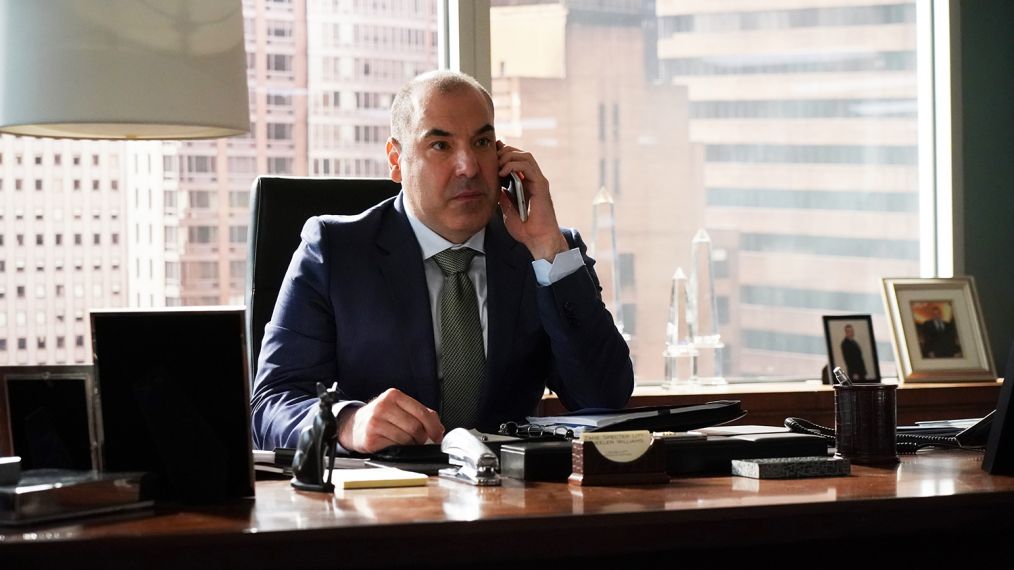 Their only option was Mike, who is smart enough to let them ask the questions Faye wants, give them the answers they need, and not say anything that will ruin Samantha. But Mike was offended when, while out for drinks, Harvey presented him with a subpoena. "When did you stop trusting me?" Mike asked before leaving.

They're on much better terms in the promo for the series finale. "You and I conned the world for years," Mike tells Harvey. "I think it's time for one last con." Will that be enough to save the firm?

Watch the video below for a look at the last episode, including Louis and Sheila's (Rachael Harris) wedding.