Jonna Walsh (Medal of Honor, The Fosters), Nathan Parsons (Roswell, New Mexico, The Originals), and Robby Benson (American Dreams, Beauty and the Beast) star in A Feeling of Home on Hallmark Channel, Saturday, May 11, as part of the network’s annual Countdown to Summer event.

Host of the web series New England, My Way, Abby (Walsh) is the Martha Stewart for a new generation on the verge of launching a line of home products marketed across the northeast. All she needs is a few more authentically New England webisodes and the deal is done. But the problem is Abby’s roots are actually in Texas, and now she must return home to help her father Wes (Benson), who’s been injured.

Forever wanting her dad’s approval, Abby arrives at his ranch to find his new manager is her old boyfriend Ryan (Parsons), handsome as ever. Though Abby claims the spark between them is gone, there’s no denying an ember still smolders. As they work together on chores Wes can’t handle, and as they stage a New England-like webisode on Ryan’s porch, their old chemistry flares. One night while barbecuing, Abby tells Ryan his special sauce is good enough to market so she sends it to her New England promoters. Though the head mogul loves it, his mind is set on all things New England, and he’s disappointed to learn his maven is really a Texan. Deciding she must leave before her life’s work goes up in smoke, Abby is torn between her Texas roots and her New England aspirations. Only her heart can decide where her real home is.

A Feeling of Home, Premiere, Saturday, May 11, 9/8c, Hallmark Channel 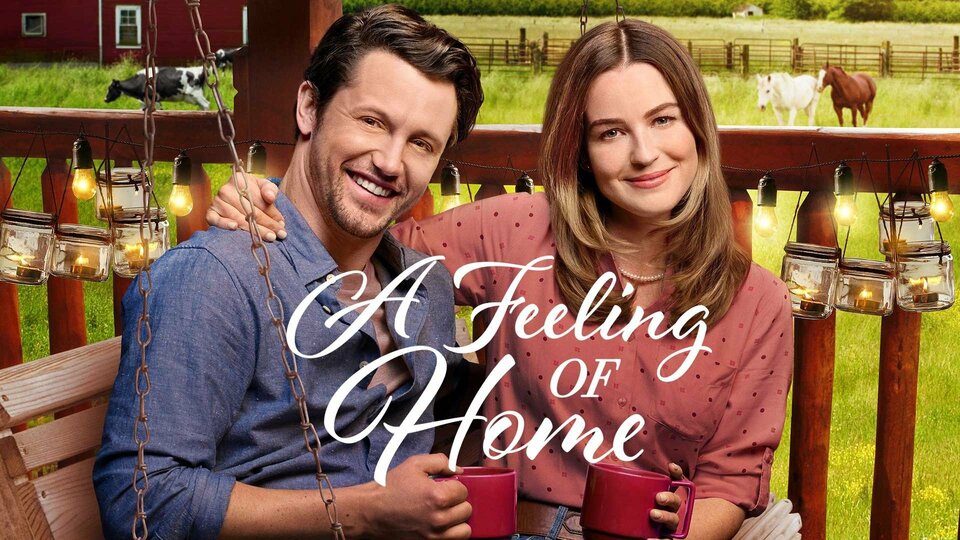 A Feeling of Home where to stream

A Feeling of Home