Discovery Channel is lining up an all-star team of adventurers for this epic two-hour live broadcast, premiering on Sunday, April 7.

The program will simulcast on Discovery Channel, Travel Channel and Science Channel and air in nearly 100 markets around the world on Discovery. TV personality Chris Jacobs will join the team in Egypt led by adventurer and avid explorer Josh Gates, who will take viewers underground through a network of tombs. Also joining the team is world-renowned Egyptologist Ramy Romany, who has dedicated his entire career to uncovering rare artefacts using the latest technology. Discovery has assembled the top experts in the field for the live broadcast including Egyptologist Dr. Zahi Hawass, and Mostafa Waziri, the secretary-general of the Supreme Council of Antiquities of Egypt.

Viewers will have the rare opportunity to see the inner chambers of an excavation site, where archeologists recently uncovered a network of vertical shafts leading to an underground network of tunnels and tombs with 40 mummies believed to be part of the noble elite.
The massive underground complex of chambers is a treasure trove of antiquities – all laying undisturbed for thousands of years. But there are several chambers yet to be explored – and many more discoveries to be revealed. One of those includes a mysterious limestone sarcophagus found buried deep within the complex. The identity of the mummy inside has been a mystery for 3,000 years… possibly until now. 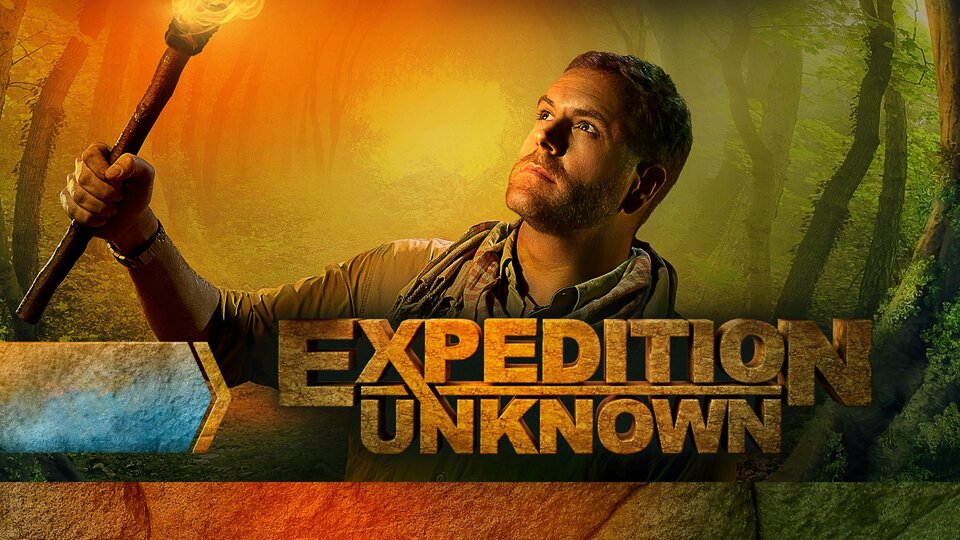 Expedition Unknown where to stream