Super Bowl viewers this past February saw only one Netflix ad during the most-watched televised event of the year: a preview for Our Planet, the groundbreaking eight-part docuseries — narrated by Sir David Attenborough — that captures stunning images of nature in ways never before seen on film.

Production spanned 50 countries and every continent, involving 600 crew members and years of planning and research. (“It was fairly militaristic,” executive producer Keith Scholey jokes.) Once you see the jaw-dropping results of their efforts, it’s easy to understand why the streaming giant has put so much faith into this bold, intimate overview of our changing world.

'Planet Earth: Blue Planet II': Behind the Scenes of the Stunning Nature Series

'More than 1,000 people' helped in the making of this series says producer Orla Doherty.

“Netflix [decided], ‘This is what we want to put forward,'” Scholey says. “I think this could become the biggest conservation push, in terms of public awareness, there’s ever been, and to have them enabling us to get there is incredibly exciting.”

Here’s how Our Planet is going to make you see the world in a whole new way. Scholey and fellow executive producer Alastair Fothergill have worked on an impressive array of nature projects, together and separately, such as The Blue Planet, Planet Earth, The Hunt and the upcoming Penguins. Their decades of experience inspired them to create something audiences hadn’t seen before. That includes a broad range of surprising footage, from orangutans using tools and great hornbills aerially jousting to up-close, spectacular shots of coral reefs deep undersea.

“The most remarkable sequence for me is in the ‘Jungles’ episode,” Scholey says. “There’s a little bird of paradise called the Western Parotia, and [its mating dance] has never been filmed [in this quality]. The routine involves six different specialized moves, and it’s absolutely incredible.” Even better, viewers will see it just as the female bird does, because the camera captures her point of view. “It reveals this incredible flash of color,” Scholey notes. “When I saw that, I thought, ‘Wow, this is naturalistic filmmaking at its best.'” One of the filmmakers recounts the steps taken to capture footage for the five-part series.

Modern Tech Puts You Inside the Action “We can now film in places we could never have dreamt of filming before,” says cinematographer Sophie Darlington, one of 67 camera operators who worked on the series. The team had to be innovative in figuring out difficult shoots, such as jumping into murky waters to capture images of sharks hunting at night or using camera-equipped drones to track blue whales in the Gulf of California. “From low-light situations to [being able to film] remotely so that you’re not interfering, you’re able to feel like you’re right there,” Darlington says. “It gives you a different perspective, and it wouldn’t have been possible before.”

It Explores Every Type of Landscape Taken as a whole, the series is a cohesive journey through dense rainforests, the frozen Arctic, sweltering deserts, lush jungles and so much more. Because each area has an essential role to play, vulnerabilities in one region can pose a risk elsewhere. “What we do as individuals can affect the coral reef thousands of miles away,” Scholey explains. “What we do now is global, and there has never been a more important time where humanity has to come together and really hold hands and take on these problems in a united way.”

It’s Both Heartbreaking and Hopeful If Our Planet looks different from similar documentaries of the past, that’s by design. “Alastair and I strongly believed that this had to be a series of our time,” Scholey says. “We wanted to make it clear that, over the past 50 years, so much of nature has vanished, and time is short in terms of making sure that we keep the natural world for our children and our children’s children.”

A case in point: Even as they were in the process of filming, a portion of the Great Barrier Reef died due to temperature change. “It’s probably the greatest natural disaster that’s happened in the history of humanity,” Scholey states. But the filmmaker is also quick to point out the series’ ultimate message of hope and resilience. Banning the hunting of whales, for example, has allowed the humpback population to rebound. In the Serengeti, wild dogs have returned after years of falling prey to disease and humans encroaching on their territory. It proves, Scholey says, the positive roles we all can play: “If you identify the problem, you can find the solution.” The greatest families on Earth will stop at nothing to protect the next generation.

And oftentimes, nature finds its own way, despite human interference. Our Planet offers high-resolution footage showing a forest recovering around Pripyat in northern Ukraine — the site of the infamous 1986 Chernobyl nuclear accident. Wildlife is returing there as well. It’s evidence, Scholey says, that nature can and does bounce back. “That whole city is being recolonized by different animals, including apex predators like wolves,” he explains.

Nature Is Shown as a Unifying Force At a time when the world seems more divided than ever, Our Planet proves nature can bring us together. As Darlington says, “We’re all busy looking at our politics, but the bigger issue is the planet. And with this series, I’m really hoping that people will realize we can’t take it for granted. We’ve got to stop putting ourselves first at the expense of an actual world.” 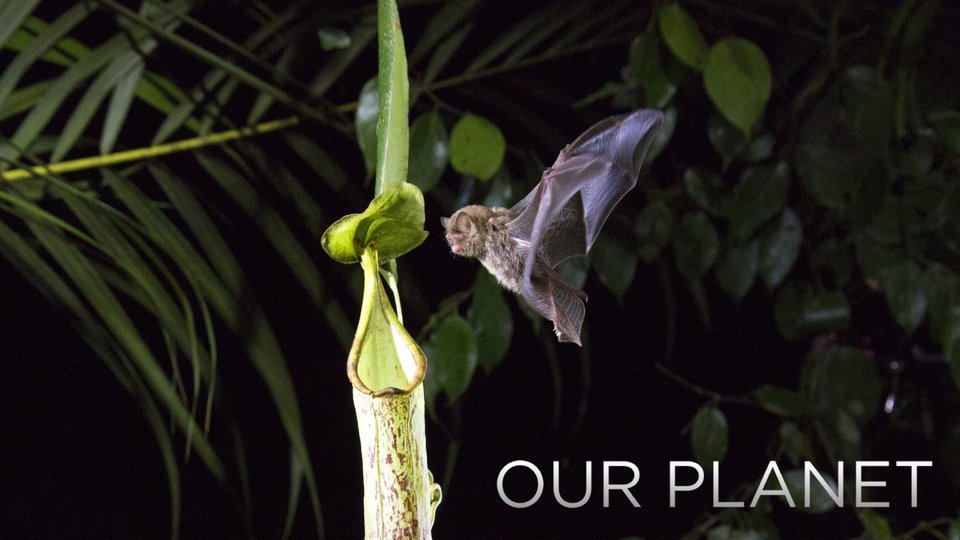 Our Planet where to stream