Brett Dalton and Chloe Bennet are back together, but not on Marvel’s Agents of S.H.I.E.L.D., where they play estranged sweethearts Ward and Skye. The popular sci-fi stars are reteaming on the Disney Junior hit cartoon Jake and the Never Land Pirates—as singing parrots! Their episode, “Flight of the Feathers,” airs Monday, June 29 (9am/8c), and finds four feisty birds—Eagle-Eye (voiced by Lost vet Nestor Carbonell), Talon (Dalton), Skully (series regular David Arquette) and Swifty (Bennet)—joining forces to find a platinum feather that could lead them to a hidden treasure.

“This is much more me—lighter, funnier, goofier—than the grim badass thing I do on S.H.I.E.L.D.,” Dalton says. “I’m glad the Disney Junior people were thinking outside the box but I don’t think anyone will be asking me to sing again. Thankfully, they had all these Disney geniuses in the recording studio working their magic dials. No matter what wrong note I hit, they saved me!”

Bennet is an old pro at this musical stuff—she started out her career as a pop star in China—but felt sorely lacking in her Mouse House history. “Somehow I managed to grow up without ever seeing a Disney princess movie,” she says. “Crazy, right? But hey, I was the only girl in a family with six brothers. I was always outvoted.”

No worries. What Bennet lacked in Disney knowledge, she made up for in enthusiasm—and plenty of sugar and caffeine. “It was a great excuse to eat lots of candy, down a couple of cups of coffee and go in with my energy up and have a nutty, fantastic time,” she says. “I have no idea how Brett and I wound up in the same episode. Nobody ever told us, but it can’t be a coincidence. There must be a big S.H.I.E.L.D. fan somewhere at Disney Junior.”

Adds Dalton with a laugh: “It was great to have this little reunion with Chloe, though I’m sure it’s not the reunion a lot of our fans want. They want Ward and Skye back together romantically. Check out some of the fan fiction on the Internet! It’s pretty wild.”

Both actors are new to this voiceover stuff. “Hayden Panettiere and I did Until Dawn, a teen horror video game where my hand gets bitten off,” Dalton says. “But Jake is my first cartoon and I loved it. It’s the only job where you can show up for work in your pajamas.”

He’s looking forward to watching the episode with his 3-year-old daughter, Sylvia. “She’s crazy about the Jake show but I don’t know if she’s old enough to grasp the idea that I’m the voice of a parrot,” Dalton says. “She’ll probably be, like, ‘Huh? What?’ and think I’m just pointing at some random bird and claiming it’s me.”

Check out this clip from the episode. (FYI: Dalton is the purple bird; Bennet is the pink one!) 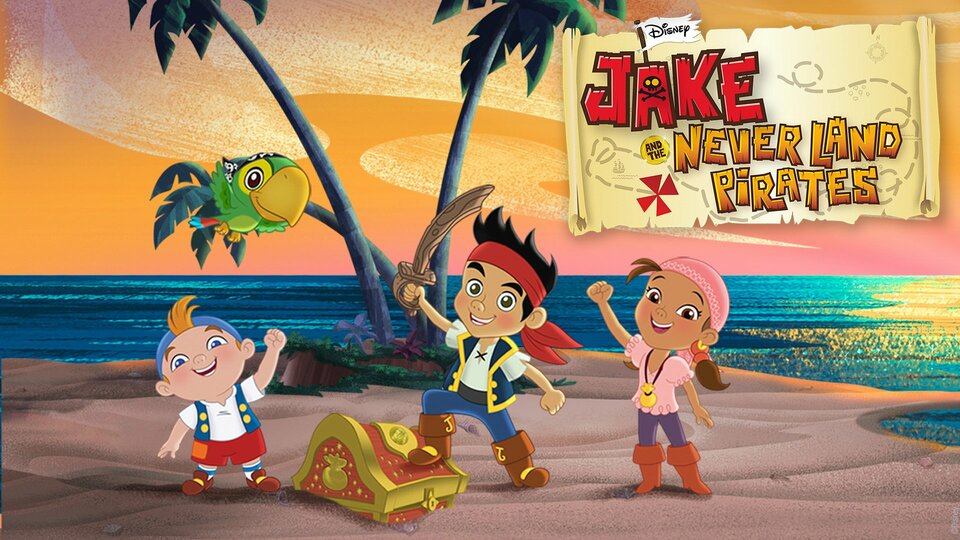 Jake and the Never Land Pirates where to stream

Jake and the Never Land Pirates