Dancers are getting a second shot at their careers in Netflix‘s Dance Monsters, a new competition series that TV Insider can exclusively reveal will premiere December 16. The new reality competition series is judged by singer/dancer Ne-Yo, social media star Lele Pons, and the UK’s top street dancer Ashley Banjo, while Ashley Roberts of the Pussycat Dolls serves as host.

In Dance Monsters, amateur performers are strapped with cutting-edge motion capture technology — and in a monster twist, perform for judges on stage as CGI avatars. Netflix says it’s sure to be a “super feel good show” that gives dancers whose careers have been put on hold a second chance to chase their dreams, rediscovering their confidence in the process. On the line for the winner is $250,000. Ahead of the series premiere, the judge panel and host shared their excitement for the series with TV Insider.

“I’m so excited to share this outrageous project with everyone!” says host Roberts. “Hosting it was so much fun. Get ready for a whole new world! This is a dance competition show like you’ve never seen. Monster love, baby. Let’s go!”

“Dance Monsters is a competition like none other and I had an absolute blast as a judge,” says judge Ne-Yo. “I’m thrilled for viewers to watch on Netflix, celebrate the culture of dancing and enjoy pure entertainment.” Adds judge Pons, “Dance Monsters is like nothing you’ve ever seen before in a dancing competition. I had such an incredible time on set with Ne-Yo, Ashley Roberts, the whole crew and seeing the dance monsters come to life. I can’t wait for you guys to see it! You’re going to love it!”

“I’m so excited that the new show Dance Monsters is coming to Netflix December 16th!” adds judge Banjo. “This show is next level and I cannot wait for you guys to see it!” 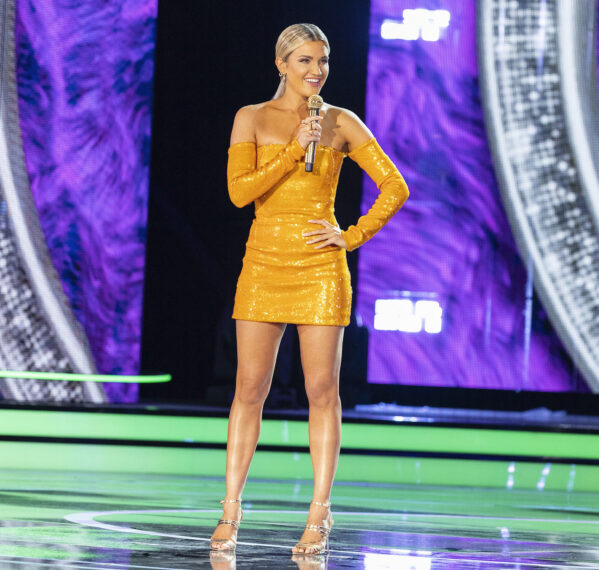