Peacock’s ‘I Love You, You Hate Me’ Doc Explores the Rise & Fall of Barney the Dinosaur (VIDEO)

Peacock has released a trailer and key art for its upcoming docuseries; I Love You, You Hate Me, a two-part documentary that explores the rise and fall of one of the world’s most beloved children’s characters, Barney the Dinosaur.

The doc “unpacks how a children’s character who stood for inclusion, understanding, and kindness birthed a movement of anger and criticism that threatened the show, its creators, and their futures,” according to the Head of Documentaries and SVP of Strategic Development at Scout Productions, Joel Chiodi. “As it spotlights the beginnings of modern-day hate culture, this documentary traces the creation of the character and how it took a toll on the people closest to it, examining the surprising and lingering impact the ‘Big Purple Dinosaur’ left on American society.”

Even Bill Nye (who shows up in the documentary as an interviewee) asks audiences, “what color is happier than purple?” The limited doc series (which will drop all at once) not only explores the popularity of Barney & Friends and the decreasing popularity of the character, but American society’s need to hate as well. From Barney-bashing to frat parties teasing the character and jabs from video games, the purple dinosaur became a target, as did the people who worked on the show. The footage above explains how the backlash affected creator Sheryl Leach, how Bob West (the voice of Barney) received death threats against him and his family, and how someone was shot during an incident involving the purple dinosaur.

According to director Tommy Avallone, “Barney came out on television when I was just 10 years old, and I admittedly didn’t understand him. As a teenager, for one of my birthdays I asked my aunt to make me a Barney costume, so my friends and I could beat him up on camera. Several years later, creating this docu-series, it feels good to be on the other side and no longer a Barney hater. Now having children of my own, I understand all the love that went into making the purple dinosaur.” 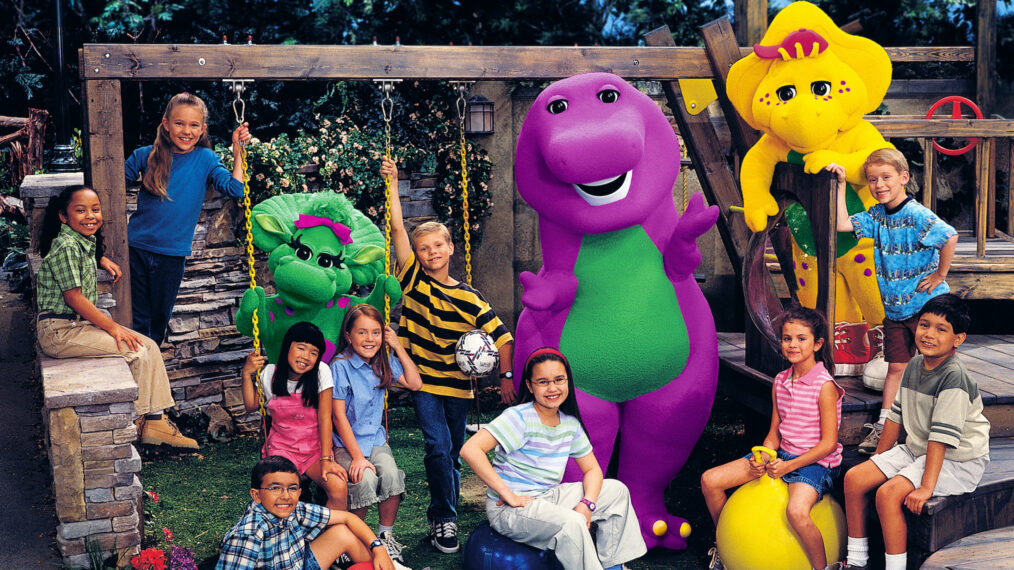 I Love You, You Love Me is directed by Avallone and is executive produced by Rob Eric, Joel Chiodi, David Collins, Michael Williams, Tommy Avallone, Raymond Esposito, Wendy Greene, and Amy Goodman Kass. The docuseries is produced by Scout Productions, with Trent Johnson as producer.

I Love You, You Hate Me, Documentary Premiere, Wednesday, October 12, 2022, Peacock

Barney & Friends where to stream

I Love You, You Hate Me where to stream

I Love You, You Hate Me