How Long Will Jackée Harry’s Paulina Price Stick Around ‘Days of Our Lives’? (VIDEO)

Jackée Harry has not only rejoined the world of daytime TV as Paulina Price on Days of our Lives, but she’s also taking part in the DAYS spinoff Days of our Lives: Beyond Salem, streaming on Peacock. The show’s writers have given Jackée’s real estate mogul character a lot of backstory — she’s not only trying to get back the orange diamond (one of the Alamainian Peacock jewels) but she’s hoping to keep secret that her “niece” Lani (Sal Stowers) is actually her daughter.

TV Insider chatted with Harry about how soaps have changed since she made her daytime debut as Lily Mason on Another World in 1983, who took her under her wing in Bay City, working on Beyond Salem, and how long she’s sticking around in Salem.

Read on for the scoop and check out the exclusive clip above from the Friday, September 10 episode of Beyond Salem.

How did your joining DAYS come about?

Jackée Harry: The show’s head writer Ron Carlivati had a character [Paulina] in mind. He and co-executive producer Albert Alarr asked me if I wanted to play it. That’s really what you want as an actor – someone to create a character just for you. The idea of it being [ongoing] appealed to me. 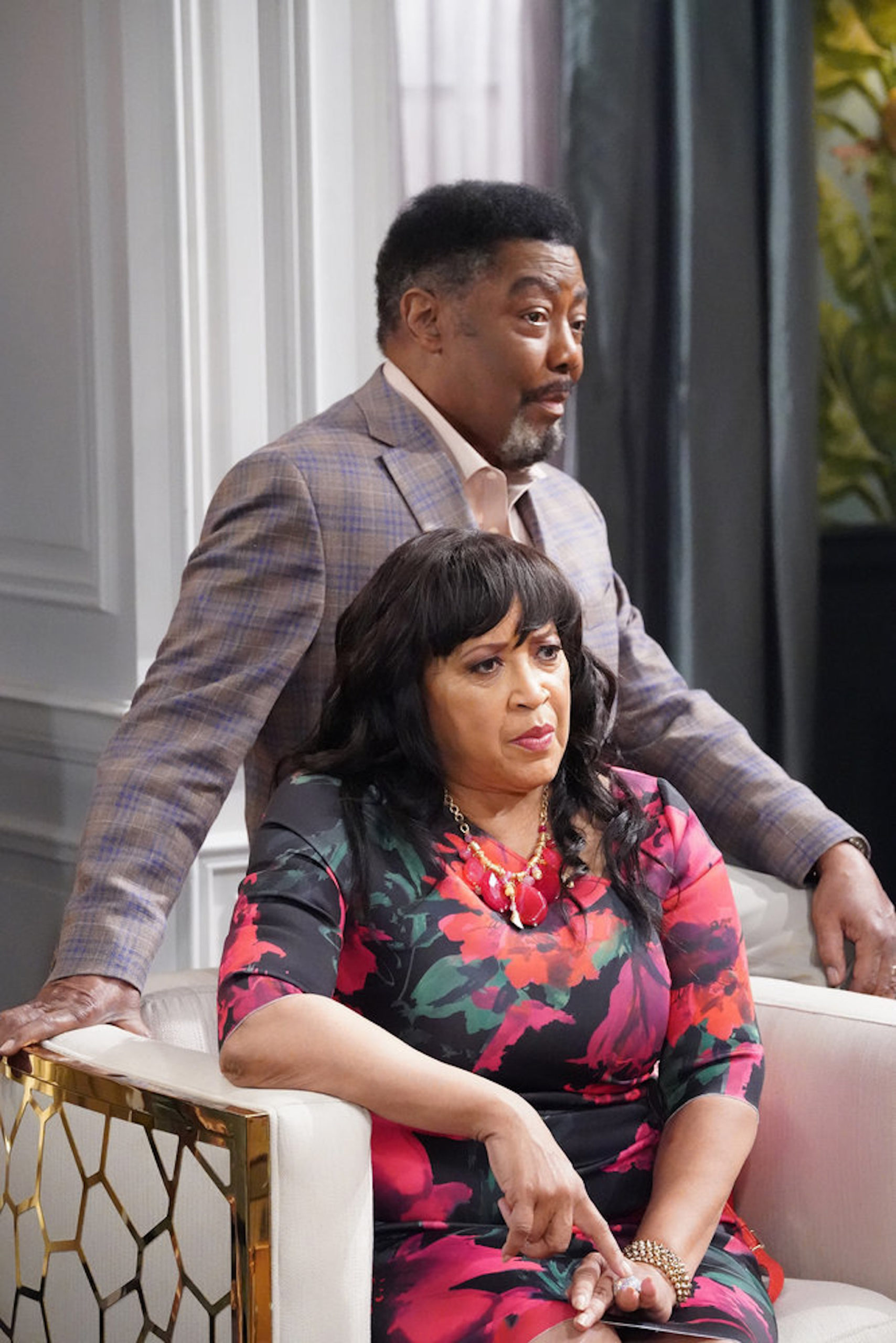 What sold you on playing Paulina?

She’s rich! [Laughs] I know that sounds so vain and superficial, but being on Days of our Lives: Beyond Salem is like being in a mini-Dynasty. I’m Dominique Deveraux [the role played by the late Diahann Carroll]. I’m Joan Collins [Alexis]! I love Joan and I loved her sister Jackie [Collins, Hollywood Wives]. I always wanted to be Tallulah Bankhead but not in [the movie] Lifeboat. I like to play rich, powerful women who are also glamorous and who have plenty of men… did I mention that?

What are your memories of being on Another World?

When I got Another World, it was the best. I had a job on TV! First, I was on twice a week and then, three times a week. Next, they offered me a contract. I thought I had it made – and I had! I studied under Linda Dano [ex-Felicia]. She taught me everything I know. There were some actors on that show who were not so nice but they were brilliant. That one who played Ada… Constance… Connie Ford. She was a powerhouse.

[Laughs] No day at the beach! Not one single day at the beach! But she taught me about sight-lines. I learned a lot just by listening. Joe Morgan [ex-Abel] and Morgan Freeman [ex-Roy] were on that show, too. You never forget that. So, when I came to DAYS, I had technique. Now, we can do scenes from different shows on different days. It’s definitely more challenging but once you get the rhythm down [you’re OK]. It took me about three or four days. [Laughs] I was like the Exorcist with my head spinning but actors have no fear.

I did. I did both shows at the same time. I was only contracted initially to do seven episodes of 227 so, I kept my soap gig. I commuted between New York and Los Angeles for two years. After I started 227, they changed my contract rapidly, actually. I knew I’d eventually have to give up Another World. I remember the late great Brandon Tartikoff [NBC’s entertainment president] casting me for 227. He was the one who hired me on the spot right after I auditioned.

Well, doing drama was my first love. I was going to get an Oscar and be this great dramatic actress. I copied an actress named Diana Sands [A Raisin in the Sun] and also Rosalind Cash [ex-Mary Mae, General Hospital]. They were my mentors in terms of my acting style and technique. When I got 227, I was doing Another World, and I was doing a play at night. I was a hustling actor. I still am. I’ve got the chops. I just happen to be funny. When I got on 227 as Sandra and started working with Marla [Gibbs, Mary], my timing got even better.

How much do you like being on DAYS and now, Days of our Lives: Beyond Salem?

I like drama and I like the story I have. On Beyond Salem, we’ve added more glamour, more money, more sex against a backdrop of espionage and diamonds and jewels!

Viewers know that Paulina is really Lani’s (Sal Stowers) mother, not her aunt, but the other characters don’t know that yet. When Lani ran after some crooks on Beyond Salem, Paulina cried out, “My baby!”

I know. That means you’ve got to switch over to the daytime show to find out! I like that the writers made Paulina be Lani’s mother. It provides my character with some more background. Paulina has these two different lives going on. Eileen Davidson on Reprising Kristen DiMera for 'Days of our Lives: Beyond Salem'

Where do you keep the Emmy, you won for Best Supporting Actress in a Comedy Series for 227 in 1987?

I recently moved so it’s here somewhere. I’m very proud of it. It means a lot. I wish more people would give women of color roles in which they could show their chops. We have people on shows but they’re not getting the material where they can show what they can really do. We have Viola Davis [How to Get Away with Murder] but she does [mostly] drama. I’m very proud of my Emmy but I’m hoping we get some more Supporting Actresses in a Comedy Series winners who are women of color.

Are you seeing any change?

We are seeing changes in terms of [more shows with] streaming and different platforms. Actors have more access now but will their work be seen by people at the same time like it was back when there were only a handful of major networks? We’d do 24 episodes a season. Now, you have to really look to find a show.

What are you watching these days?

I’m watching Schitt’s Creek. I’m really enjoying it. I’m definitely glued to dramas these days. I liked Mare of Easttown and Big Little Lies. You couldn’t get me away from the television when I started watching Ozark.

Sometimes celebrities come on to a soap for a just a few episodes but you’ve got a nice run going on here as Paulina. Are we going to see you for a while?

For a little longer, yeah, I’m having fun. Paulina’s not bad but she’s wicked. I hope she gets more devious. I’m having a lot of fun. I’m really happy.

Days of our Lives: Beyond Salem, Streaming, Peacock