Knowing that the end of AMC’s The Walking Dead isn’t so far away is a bittersweet realization for one of its biggest fans Yvette Nicole Brown. The Big Shot star has passionately followed the characters as they fought to survive in their new normal of a zombie apocalypse.

YNB took her many plot theories, hot takes, and legal pad of notes to the set of the series’ aftershow, Talking Dead, as she made numerous appearances over the years. She even filled in for host Chris Hardwick in 2018. When it comes to knowing Season 11 is Dead‘s curtain call, Brown prefers to look at the bright side.

“The good thing is we’re getting these 24 episodes. As last seasons go, it’s super-sized,” she told TV Insider while promoting her participation in Kevin Hart’s Celebrity Game Face. 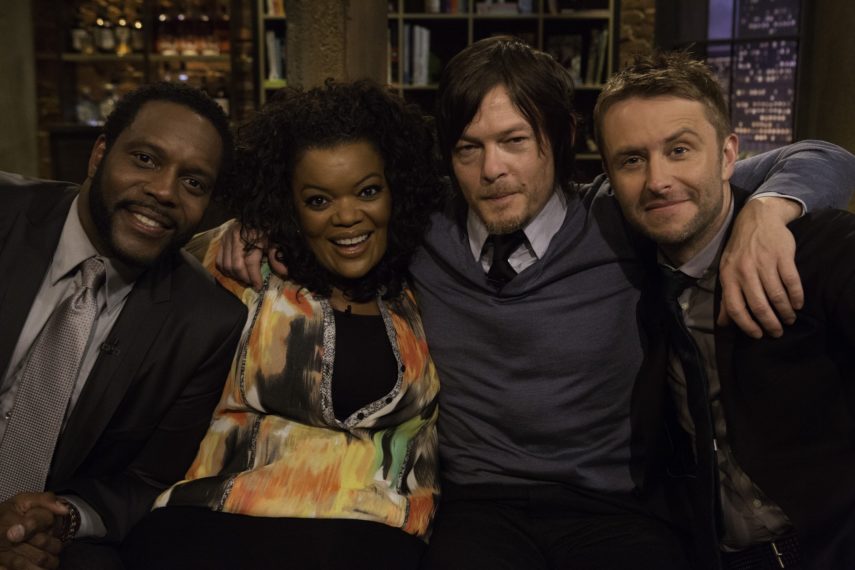 She predicts an eventful climax for the long-running series if the Season 11 premiere was any indication.

“We really saw a lot of dynamics,” Brown notes. “I like how they are now bouncing from different places. A lot of times we would see one episode of The Walking Dead, and it would just be people in one space. A lot of that was due to COVID last season. What is so great about the first episode was we saw three or four different places. We saw what was happening to a lot of people. I hope they keep that vibe going because we’re going to move quickly with this last chapter of their lives.” Regardless of how the series finale shakes out, when we get there, we know it’s not the end for at least two of the survivors. Longtime stars Norman Reedus and Melissa McBride will keep their popular ship-friendly duo Daryl and Carol going with new adventures in a greenlit spin-off set to premiere on AMC in 2023. Brown makes no bones about what she wants for the two, affectionately dubbed #Caryl.

“I hope for sweet, sweet love,” she said with a laugh. “I believe in Angela Kang and what she is doing as showrunner. Whatever she does will be fine by me. We have this great new show coming. It’s not canon until it’s canon. It’s just [a couple] I’ve always loved and rooted for. If they end up together, yay. If they don’t end up together, that’s okay. They are together in my mind.”

Brown adds: “It doesn’t matter either way. I’m just ready to take the ride. Melissa and Norman are amazing actors. They are amazing together, whether they are platonic or in love. They are amazing on screen. I think the next show is going to be lovely no matter what romantic situation they are in or not in.”